I have been struck recently by the overuse of certain fixed sound effects in commercials to represent cooking in radio. You know the one… SIZZLING PAN/STEAK TURNS OVER. 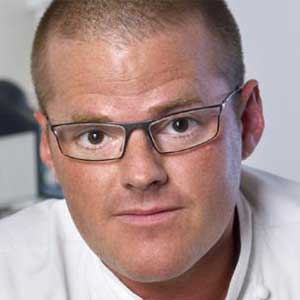 Heston Blumenthal (OBE) is, some would say, a modern day gastronomic wizard chef, a Willy Wonka of the kitchen, with radical ideas and inspiration that comes straight out of his childhood, and it turns out a very interesting condition.

Heston had conducted a quirky controlled research project with the aid of Oxford University in 2007 at his restaurant ‘The Fat Duck’. The experiment involved playing sound effects to customers, while they ate. This made his oyster dishes taste better. The sound effect of the sea was used playing through an iPod.

The context of the name, the texture of the dish, and the sound effects made everything taste better, stick in people’s minds and led them to talk about it to other people, creating a sensation and evolved into a regular dish on offer at the restaurant.

“Just listening to a soundtrack, a soundscape [worked]… and the thing is with ‘The Sound of The Sea’ is that if I just showed you a photo of the sea… that would be a photograph. Unless that was the exact image you had had in your head of where you went as a kid, it wouldn’t have the same effect. But listening to the waves lapping up against the shore, most of us have heard that sometime in our lives,” said Heston in 2011 while being interviewed by Hum Music Production.

This new immersive environment of sound then, in both place and in time led to a better and more memorable dining experience. Sound is, it would appear, to be a forgotten and under-utilized sense in cooking and in the dining experience.

In 2015 while being interviewed for Olive Magazine, Heston had refined this abstract thought and now had a name for it… “It’s something I call ‘nudging’, if you can just nudge people, that’s it… you have the ability to lose yourself in a memory that’s triggered by food, and in this case, sound does that perfectly.”

While basic taste can be broken down into different elements of salty, sweet, sour, bitter, and umami, the receptors on your tongue do communicate with your senses -- mainly the nose, but also our eyes, ears, and hands. All create a connection, and a memory of taste which could be tapped by the clever chef, or by a clever marketer.

The same year that the ‘Sounds of the Sea’ dish was introduced to The Fat Duck, Heston was filming the second season of his BBC TV series ‘In Search of Perception,’ and he was describing to his research team about using certain chillies and their use in chilli-con-carne, how the spiciness was “spiky and pointed – visually it’s a sharp flavour.” One of the team sat up and then started to run through letters of the alphabet and what colours he thought of when different letters were said.

“After enough reading I realized I have Grapheme-Colour Synesthesia, which is a common form of the condition, but the condition itself is not common. It affects around one in five thousand people, and even those who have it are very unlikely to have the same experience or internal code. Simply put, it means I associate colour and feeling with specific letters or numerals.” Heston revealed in a 2016 interview for Flood Magazine.

This personal discovery has led to many different and new connections with Heston’s food, and that way it is combined and presented.

“Food is so much more powerful when all the senses are engaged. One of the key effects of Synesthesia is that it improves memory and recall, and in many ways The Fat Duck is focused on nostalgia and memories.”

Neuroscientist Charles Spence, head of the Crossmodal Research Laboratory in the Department of Experimental Psychology at Oxford University (who conducted the original ‘Sounds of the Sea’ research with Heston) says that our brain “…kind of ventriloquises flavour from the nose – floral, meaty – and gives it to us as if we are experiencing it through our mouth.” Exploring these type of connections “kind of gave me a jump-start on all those people who’d spent a decade looking at flavour through that more traditional, slow process.”

A breakthrough for Spence was made when considering sound and flavour.

“Sound is a forgotten flavour sense. No one was interested. But then it turns out it’s much more important than we realised: crispy, crunchy, carbonated, [and] creamy.” All of those sounds trigger people’s memories.

Just to show how essential people think his work is, he laughingly talks about his coveted Ig-Nobel Prize (the tongue-in-cheek counter to the Nobel Awards) in 2008 for work on “the sonic crisp”. Charles had produced a research paper on sound and crisps (potato chips) – “you could see just how important sound was to your experience of crunch”

Spence’s own lab is also working with augmented reality glasses, such as Oculus Rift headsets. “You look through the headset, which actually changes the appearance of what you’re eating. So you think you’re eating one type of fish when you’re eating something else.” Meanwhile sound effects would play to help to reinforce that sensory perception.

So, ambient sounds do influence flavour, and the use of these sounds is as wide and as varied as people’s memories and the recall they have of certain times in their lives when and where they experienced those things.

There are other examples of this research being used today. For example, one London restaurant is using an app to add sound to what you eat, to influence the way it tastes. British Airways have also launched a programme called Sonic Seasonings, which pairs a special dining soundtrack to in-flight meals on long-haul flights. There’s also the Concerto app, utilised by Häagen-Dazs, which you scan the lid of the packet, listen to the track, then eat the food. There’s the ‘EverCrisp’ App, which enhances the crunchy noise you get from eating dry foods such as chips and crisps. Or there is the quirky ‘Mouth Jockey’ headset, which incorporates a light sensor to detect the user’s jaw movements and then plays back a specific pre-recorded sound to match the food. There is even multisensory programmable cutlery and plate-ware from Phillips Design which lights up and plays music as they are being used, too. Edible art is taking on a whole new meaning in these examples.

So with that in mind, I ask the industry as a whole – what type of sound effects do you use to trigger emotions, memories and hunger in your listeners?

How can we improve them, and ‘really’ sell the experience to our listeners?

I would love to hear your thoughts on how you ‘sell’ the sound effects of cooking, and dining.

Earl Pilkington works as a copywriter for West Coast Radio in Western Australia. He has mentored on-air talent, audio producers, journos and others inside and outside the industry, including TV, newspaper, voice talent and students. Earl welcomes your correspondence at .

March 01, 2011 1988
Chris Cunnold, Sound Designer, Beijing, China By Jerry Vigil When the RAP Interview visits a producer, this person is usually in radio or at least has a radio background. Chris Cunnold has never worked at a radio station, never...
Read More...
© 1988 - 2022 Radio And Production, LLC
Go to Top