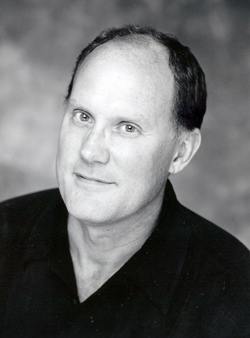 This month’s RAP Interview stops in at Market #3 for a long overdue interview with Matt Bisbee, one of Chicago radio’s most talented and well known creatives. Matt is best known for his amazing run of 26 years at the legendary WLUP, The Loop. In last month’s interview with Jude Corbett, Jude said of Matt’s imaging contributions to WLUP that Matt was “almost equally as important a personality as the morning show and afternoon show.” Matt tells us about those days, about his new home with the Bonneville stations in Chicago, and we get some tips on how one goes about becoming such an integral part of a station’s personality, from the production room. You’ll love the audio from Matt on this month’s RAP CD!

JV: When did you get the bug for radio?
Matt: In high school, a friend of mine in Park Ridge, Illinois, lived across the street from me. He got a job as a board-op at WLS Radio, and he invited me to come downtown because he knew I had interest in, well, things like stereo equipment and also performing because I was in a lot of the plays and variety shows in high school. So he says, “Why don’t you come down and take a look at this, just watch me run the board,” and so I did. I went down and I watched him and got a chance to see how a Top 40 jock would sit on one side of the glass, and my friend Dan would be on the other side. I saw that and that was it; I was like, “Oh my God, this is the coolest thing I’ve ever seen! This is somebody’s job? You got to be kidding me!”

It was just great to see the person behind the glass talking and giving hand signals to Dan, and him loading up the cart machines and hitting the jingles and then hitting the song and then have the DJ hit the post, I’m like, “Wow, that is really cool.” So that was it. I think I was probably 16 and I knew what I wanted to do right away. After that I would purchase a microphone and a Teac open-reel tape deck, and I would sit in my room and practice talking into the microphone and trying to find a sound… There was a guy in Chicago that I would mimic, a famous voiceover guy — Joel Corley I think was his name. Anyway I would listen to him. He would do tons of commercials in town, and I would try to mimic his sound.

And like I mentioned earlier, when I was in high school I did a lot of the variety shows and would do a lot of impressions, so I was always one to try to mimic Ed Sullivan, John Wayne, Richard Nixon, and other famous people at that time. I was always trying to do impersonations. So I think I always had a love for the David Fry’s of the world, the Rich Little’s of the world, the Frank Gorshins — anybody that could use their voice and sound a little bit different intrigued me. So I think early on I knew right away that I wanted to do something in performing and not necessarily radio, but when I watched my friend Dan at WLS run that board, I kind of knew right away that I had to get into radio.

JV: What were some of the stops along the way to WLUP?
Matt: Right out of high school I got my FCC First Class license. I went to license training school because at that time, before deregulation, you needed an FCC license to get into radio. So I went and studied that summer of my senior year of high school and got my license. Then I started pounding the pavement. I went to a station on Michigan Avenue here called WXFM, which was owned by a guy named Robert Victor. He lived in Switzerland. He was a self-made man, a multi-millionaire, and he owned WXFM. It was a brokered station, and I worked on shows reading the English copy for German programming on Saturday and Sunday mornings.

I was all of 18 years old and very green behind the mic and very nervous. My parents of course would listen to me, and it was just a great experience. “Hey I’m on the radio,” and that kind of thing. Then I sort of morphed from that position into a board-op and kind of a co-host of the gospel show with Reverend Milton Brunson. I was basically his engineer, but he would include me on the air with him talking, and that was a great experience. This guy was very popular, sold millions of gospel albums, invited me to many of the gospel concerts in Chicago, and I got to be known on his show.

From that I went and engineered the Count BJ show, on the same station. Count BJ had a truck stop down by Sox Park, and I would drive down at 3:00 am and help him because he was very inept at running his own board and making his own commercials. And again these were brokered shows, so these guys would pay to be on radio. Count BJ had this big, booming, basey voice. He just sounded great and smoked a lot of cigarettes, and I would watch him behind the mic. He would open up the mic and would play nothing but Frank Sinatra and Peggy Lee and big bands and Stan Kenton. I would sit there and take all this in, watching as a young kid and I’m like, “Look at that, wow, what a great job.” This guy owns Chicago’s largest truck stop and he’s on the radio. He’s sitting there talking into a microphone in the back room. He took me to a lot of shows. I went and saw Pat Cooper with him. We sat at the same table as Tony Zale, the ex prize fighter. So this is my life right out of high school, and I’m like, “I can’t believe I’m doing this!”

From there I met a guy named Chris Devine who now owns a number of radio stations. He was another board-op running German programming at WXFM. He left and went over to The Loop and called me one day and said, “Hey Matt, there’s a weekend opening where you can be on Saturday and Sunday nights at 10:00 pm being a jockey here on The Loop. Our Program Director is Jay Blackburn. He runs a real tight ship, but I think if you make a tape he’ll hire you.”

So Chris got me in over at The Loop. I had also met Garry Meier, who was one half of the Steve Dahl & Garry Meier show at that time. He was coming from suburban radio in Arlington Heights when I met him just by chance, and he was also instrumental along with Chris in getting me into The Loop as a part-timer and, “Oh and by the way Matt, you might have to do some production.” I didn’t even know what production was. “What’s that?” “Well you have to make commercials and….” “Well I could probably do that if somebody teaches me but….” So that’s how I found my way into The Loop.