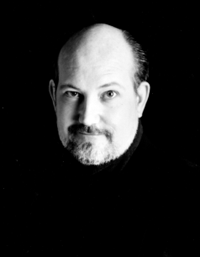 The Wizard Of Ads is more than a book about copy writing. It’s a book about advertising, a book about running a business, a book about people. It’s even a book about life itself. It’s author, Roy H. Williams, started out like many of us, with a menial job in radio, and quickly worked his way into his own multimillion dollar marketing firm. His story is fascinating, yet his secret is so simple. In fact, it’s not a secret at all. His wisdom is in book form for anyone to get his or her hands on. He even has an email list of thousands that get his weekly Monday Morning Memo, short essays written by Roy, 101 of which make up the book. By the time this short interview was over, it was obvious we had just spoken with one of advertising’s greats. Read the interview. Get the book. Get on the email list. This Wizard is for real.

JV: Tell us about your background in the business and how Roy H. Williams Marketing came to be?
Roy: I started in radio about twenty years ago in Tulsa, Oklahoma, a little AM station that was all Christian programming. I was hired to change tapes once a week in the middle of the night. I was doing that literally to have money to buy milk for the baby. Then I began to realize that there were no commercials on my station, and I asked the manager, “Why are there no commercials on our station?” He said, “Well, nobody wants to buy any.” I said, “Well, is there anybody out there trying to sell any?” And he said, “Well, no.” So I volunteered and began selling part-time and soon began selling full-time. My goal from the beginning was figuring out how to make it work because these were all very, very small advertisers, and I was taking the rent money. If what I did didn’t pay off, then they were going to have a huge financial catastrophe.

So, when you’ve been given the opportunity to experiment with other people’s money all day every day for a number of years, you begin to figure out some things, particularly when you have intimate contact with the client. So, over a number of years, I was able to gain a reputation of making enough small businesses into very large businesses that more and more businesses started buying ads from us simply to get the spots I would write and the schedules I would recommend on other stations. Then it finally evolved to where everybody was asking, “Hey, why don’t I just pay you to handle all my advertising?”

Here we are twenty years later, and I have a staff of eighteen people. We currently have schedules on about 550 stations in thirty-eight states along with thirty or forty TV contracts and our own in-house radio and television production and research facilities. We’re currently doing about twenty-one million dollars and are working only with owner-operated small businesses. 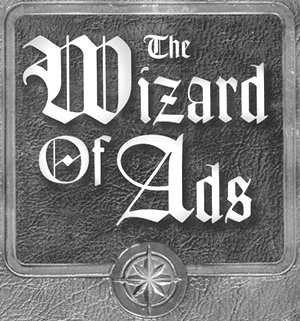 JV: How did your book, The Wizard Of Ads, come about?
Roy: It began whenever we started having more clients than I could actually deal with intimately on a weekly basis. I realized that all of them needed to hear from me, even if I didn’t have the time to talk to them on the phone. So I began writing a little one-sheet called the “Monday Morning Memo.” It was always just something to think about, and I sent it out to all of our clients just to let them feel that I was thinking about them. Then I was putting more and more time into the little weekly note I was sending out—six or eight, sometimes ten hours in a week. Then clients started asking if their friends could receive this. Currently, it’s being distributed to about three thousand businesses nationally and internationally, and we never started charging for it. We send out the Monday Morning Memo by fax and by e-mail at no charge. It goes out in the middle of the night on Sunday nights so that it’s there first thing Monday morning when people come into work. Then America’s premier business publisher, Ray Bard of Bard Press, somehow got hold of some of the Monday Morning Memos and called and said, “I would like to publish some of these into a book. How many of them do you have?” I showed him the archives, we picked a hundred of them, and the rest is history.

JV: I take it you’ve been writing these memos for years. You must have quite an archive.
Roy: Actually, I only began writing them not quite four years ago. When you write one a week, you obviously have fifty-two a year. I had been writing them for about two and a half years when I first saw Ray Bard, and I had maybe a hundred and thirty for him to choose from. We’re already seventy chapters into the sequel, which will be called “Secret Formulas of The Wizard Of Ads.”