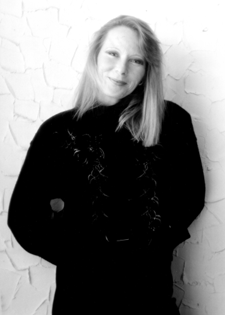 Maureen Bulley spent most of her radio career as a Creative Director for various stations in Canada. Her talents have awarded her with a Clio and several awards from the International Radio Festival of New York and the Canadian Radio Awards. In September of last year, Maureen made the infamous "break from radio" to open the doors to The Radio Store, a radio only advertising agency. Her first year has been a success, and The Radio Store is expanding, offering more than just creative services to advertisers. Next month, The Radio Store's first Creative Workshop for Radio Writers and Producers takes place in London, Ontario. This workshop came into existence after independent research said advertisers are now more concerned with the creative content of their radio ads. Finally, radio advertisers are waking up. Finally, radio associations are waking up. Finally, radio writers and producers are getting recognition, not so much because they are talented, but because their talents are being recognized as the source of the elusive creativity those treasured advertisers are now asking for. 1996 might be a good year to be a Production/Creative Director in Canada. Let's hope north winds blow some of this enlightenment southward.

R.A.P.: Tell us where your radio career started and how you wound up with the Radio Store?
Maureen: I guess my career in radio started at a college station. I was the first female announcer on CKCC, which is the station for Centennial College in Toronto. I took a three-year program and studied radio and television broadcasting. From there, I went to the prairies--a real culture shock from the big metropolis of Toronto--to Swift Current, Saskatchewan which had a population of fifteen thousand people. My first few jobs there were actually in television as a copy chief and then as a videographer and photographer for CJFB television. Then I got my first job in radio in Regina, Saskatchewan at a station called CKCK, which is one of the oldest AM stations in Canada. While I was Creative Director at CKCK, we launched an FM station called CKIT-FM. I was Creative Director there from 1980 to 1982. Then I had the good fortune to return to a major market as Creative Director at CFNY-FM in Toronto for a period of ten years--certainly the best ten years of my career.

From CFNY in Toronto I went just outside of the city to an adjacent city called Hamilton. There were two stations, CHML-AM and CJXY-FM which was a classic rock station. Both of those stations were number one in their target demos and had experienced an explosion of growth in advertising, particularly in local retail advertising, and they were not equipped to really handle the success of the stations at that time. So I was brought in as Creative Director to restructure those departments. Then, as other opportunities became available at the stations, I became the Director of Marketing and Promotions, as well as Creative Services Director. The stations were both very promotionally active and very active with regards to the amount of local retail creative that was done. It was a great experience and a lot of hard work running four departments. After the tenure there, I was at the point where I decided that if I was going to work that hard, it was a great time to do it in a business of my own. So I began to formulate the Radio Store and we opened our doors shortly after in September of 1994.

R.A.P.: You obviously spent several years at the radio stations writing commercial copy. Did you write promos for any of the stations as well?
Maureen: Yes I did, and that was a responsibility I encouraged the Program Director to put on the creative department. It had been a responsibility of the programming area, and there weren't necessarily writers in the programming area to handle those things. So I really wanted it to come into the creative area, primarily because I feel that doing the promo writing is probably the most fun writing you can do at the radio station because you are the client. For the most part, writers spend a lot of time dealing with clients and trying to achieve a balance between what the client wants and what will be effective and what will sound good on the station. Writers need to have fun. There has to be an element of fun in the job, and I think that writing promos for the station gives the writers and producers an opportunity to let loose. So I actually added that responsibility to the creative department at all the stations I've been at.

R.A.P.: Did you get your hand into production at all while you were at the radio stations?
Maureen: No. I'm not a producer. I'm a good director of producers, and I seem to know how to get what I need out of them, but I can't technically tell them how to do it.

October 01, 2009 6395
by Steve Cunningham This month’s product review involves yet another happy accident. I subscribe to a number of voiceover mailing lists, and last month one of them advertised a deal to list members on a product that would turn...
Read More...
© 1988 - 2023 Radio And Production, LLC
Go to Top