A Reality Check On Slice of Life Advertising 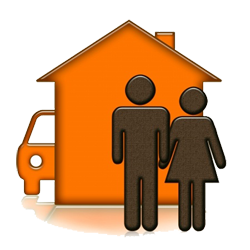 I hate to admit it, but sometimes I’m not particularly proud to be a Professional Radio Advertising Copywriter.

The source of my discomfort is the continued presence of crummy radio commercials that end up on the air. Writers, you know the ones I mean. The scripts where you write SUPPLIED at the top, just so no one thinks you actually had a hand in writing that sucker. Of course, your audience doesn’t understand that. The average listener probably just assumes that after decades, those of us in the industry are still really bad at creating radio commercials.

So why don’t we do better? Well, in some cases we do. Best case scenario, the writer receives or participates in an in-depth discovery interview, where the client’s marketing strengths and weaknesses are clearly identified, and an advertising goal is defined, as well as the psychographics of the client’s potential customer.

Of course, that doesn’t always happen, and when it doesn’t the internet is an indispensable tool for filling in some of the gaps. Even if you know absolutely nothing about a product category, it’s pretty easy these days to get into the world of the potential consumer, assuming you have some time to do the research. Combine that with some educated guesses based on years in the business and you have at least some reasonable direction to follow.

When a supplied script arrives however, things can get a little dicey. My personal pet peeve is the age old Slice of Life script. You know the kind, where there’s a husband and a wife discussing the merits of a product or service, using language that a real couple would never use, saying things that real people would never say.

The result is an advertising message that is contrived, unbelievable and just plain silly. Consumers are left wondering, just how dumb do they think I am? Or worse, they simply tune out.

The most effective conversation that an advertiser can have is the one they have with the listener. Rather than listening in on an artificial conversation between two fictional people, wouldn’t it be more effective to engage your consumer by speaking directly to them? Up the ante even more by purposely omitting some predictable details, so the consumer participates in your message by connecting the necessary dots to comprehension, and now you’ve got them hooked!

Here are some general principles to keep in mind when wading into the realm of Slice of Life:

Write the way we speak.

Don’t have your characters say things they would never say in real life.

Write short so your actors have plenty of time to deliver the words expressively.

Don’t use recognizable station announcers pretending to be characters.

Find talent who can act.

If you must include “sell”, save it for an announcer insert or tag.

If you should decide to take a testimonial approach, record a real unscripted conversation, and then edit bits and pieces to create one side of a conversation that will sound real and genuine, because that’s exactly what it is.

In spite of the fact that Slice of Life is probably the most attempted approach taken by the non-professional writer, it’s the one that requires the most expertise.

When the Slice of Life script is supplied, there’s really only one defense and that’s a strong offense! Sure, you might have to hold your nose and send that unwieldy script into production as supplied, but that doesn’t mean that you can’t buoy it up with the perfect music bed and/or sound effects. Find the talent who knows how to make almost any dialogue sound good. A great producer will likely turn that dog into something palatable. And while you may not have the last word, at least you used your expertise for the greater good: turning an amateur’s vision into something worthy of being on the air.