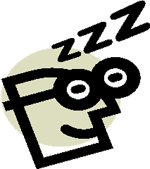 When an asteroid hit the planet a few million years back it wiped out the dominant life form, the dinosaurs. It took a long time for the dust to settle and when it did, all that remained of the dinosaurs reign were birds that crap on our cars.

Radio has had its asteroid. We’re only now just beginning to see the dust settle and learn what’s taking its place. What was radio’s asteroid? Binary code. When someone figured out how to turn a guitar chord into a series of 1’s and 0’s the mass extinction was set in motion.

When the CD first came out, it was touted as superior to LP’s because the quality of the sound was so much better. Yes, there was less noise, no clicks, no pops, and no scratches; and CD’s took over, but not because consumers were captivated by sound quality. They loved it because of its convenience. It used to be the only way to take your music with you was to take a radio. You couldn’t take your records because there was too much stuff to carry. When 8-track and cassette came out, they weren’t a suitable replacement either. Again, because it was still too much stuff to carry and the portable players sucked batteries dry in nothing flat. Now with a CD, you buy one copy and play it at home, in your car, or a portable player and the music goes on and on. After that, all my LP’s were good for was cleaning my pot. (For the record, I haven’t smoked pot in almost 14 years and neither should you. This message is brought to you by the Partnership for a Drug Free America.)

Now that the CD has evolved into the MP3, listening to music is even more convenient. My boss bought a Microsoft® Zune™. My nephew has an I-pod™. My son owns a simple Memorex® MP3 player. Even cell phones come with MP3 players. Not only can we listen to our favorite albums, we can listen to our entire music collection on the go, and do you know what we’re not doing? We’re not listening to the radio for our favorite music. We’re programming our own personal radio stations, and we’re not alone. Millions of us are ripping our CD collections or downloading music online, legally or otherwise.

So how does radio keep pace? Is the answer more technology? Not likely. When FM came along, AM broadcasters said it would never amount to much. Yet FM killed music on AM because it did sound better. However, while sound quality was better, it was still just radio. So what did AM broadcasters do? Anyone remember AM Stereo? Cue the laugh track. Now, broadcasters are about to make the same mistake with HD radio by touting its superior sound quality over FM. What was it Einstein said? “Insanity is repeating the same mistake expecting different results.” People, come on. It’s still freaking radio. So what saved AM radio? Oddly enough, the same thing that can save radio in general.

There was this guy from Missouri. You might have heard of him. He goes by the name of Rush Limbaugh. Love him or hate him, the fact is that he is the most successful broadcaster in our industry. Tens of millions tune in every week, and he spawned a series of copycats that dominate AM stations across the country. Why? He’s entertaining, he’s informative, and he’s relevant to his audience. Content, relevant content.

I’ll wager the morning shows on the music stations in your market have higher ratings than the rest of the day parts. I’ll also bet dollars to Dalmatians they play less or even no music at all. How can that be? Content again. Relevant content. They talk about stuff that relates to their listeners. The flame-throwing Class C FM rock station in our market has the #1 morning show and it doesn’t play a note of music. They’ve made themselves relevant to their audience by tapping into their liberal lifestyles. So much for the idea that only conservative talk can succeed on the radio, eh?

You might argue that station has a big stick, of course they’re #1. Poop on you. Our Sports-Talk station, a low power AM station on the upper end of the dial, has a local show that’s #1 in the market in the afternoon. How’s that possible on a low power AM? I say it again. Content, relevant content. In Omaha, love for University of Nebraska football borders on religious devotion, and 75% of their show is about Nebraska Football, even in the off-season. Yet, that alone won’t do the trick. They also have to be entertaining as well, and they are. Go to www.1620thezone.com and listen to them in the stream starting at 2pm CST to hear what I’m talking about.

Don’t think I’m bagging on music stations. Some music stations are successful, but not solely because of the music. If the jocks are entertaining and talking about things that, again, are relevant to their audience, success will follow. Before I specialized in Production, I was a DJ for a station that saw success playing oldies on Saturday nights. But we didn’t just play oldies. We took the shows out to perform live at clubs and bars and fairs, sometimes playing to crowds that numbered in the thousands. We were entertainers and we were relevant to those listeners.

Most of radio today is devoid of entertainment. Budgets have been cut so far that potential new talent can’t cut their teeth and hone their skills. As a result, new jocks read cue cards on stations that are little more than computer-assisted jukeboxes where researchers choose the music instead of their listeners. So when listeners don’t hear anything entertaining or any content that’s relevant to them, they try to find it elsewhere, like their MP3 players, YouTube, even MTV… where they haven’t played music in more than a decade and enjoyed higher ratings as a result.

So what can I do? I’m just a radio station copywriter. I’m not a programmer or a manager. Can I single-handedly save radio? No, but I can try to save it 60 seconds at a time. I can teach AE’s how content, relevant content can make their clients more successful and make them more money long term. I can help our clients avoid the traps of clichés and formulas and create ads that contain content, relevant content that attracts more listeners/potential customers. Then, if my example is good enough, others might follow — programmers, managers, and entertainers who will add their particular skills and talents to what comes out of the speakers until one day, when one of our listeners turns their radio on, it returns the favor.