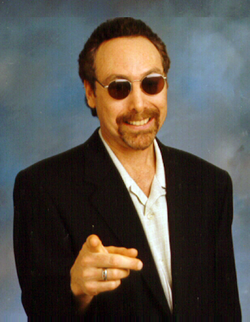 After ten years in radio, you feel like you know the game pretty well. After 20 years, you feel like a “veteran” in the biz. When you start hitting 30 years, you know you’ve been doing something right. But the 40 year mark… now that’s pretty amazing. This month’s RAP Interview checks in for the first time with Jay Ginsberg, a true veteran about to enter his 40th year in a radio career that has yet to let up. Unlike some long-timers who have clocked a decade or two at a single station, Jay is the opposite, pushing nearly 20 stations in his illustrious career. Currently the Creative Director at Santa Rosa’s #1 rated station, he’s also deeply involved in the voiceover business and even had his own production company for a good many years. Join us for a fun trip through radioland as Jay tells us his story, gives us some insight into his longevity, and offers up some great advice for radio creatives, voiceover talents, and wannabe entrepreneurs. Be sure to check out this month’s RAP CD for some awesome audio from Jay!

JV: Tell us how you started in the business and give us some of the highlights in your career.
Jay: I majored in broadcasting in Los Angeles, way back in 1968 at LA City College; it had a great broadcasting department. By 1969, I was on the air at KUSC, doing two shows a week in college radio. Then in 1970, I threw an ad in Broadcasting Magazine and had two offers. I accepted a job in Herndon, Virginia, at a 1,000-watt daytimer, a country station. I went from college radio in Los Angeles doing rock and roll to a little country station, being on air, selling, and doing production for $125 a week. In fact, I remember being the janitor at the station too, for an extra $20 a week.

I actually worked at four stations in my first year. After doing country in Herndon, I had an offer in Fairfax, Virginia, and went over there to do Top 40. Then I went back to the country station because they offered me a $150 a week to be their News Director, which is something I knew nothing about. I did that for a while, and then that station went full-time religion. And the doors just started opening. A station in Glen Burnie, Maryland offered me a job, another country station, so I went over there. About two months later, the Program Director of WAYE in Baltimore, Ty Ford, offered me morning drive in Baltimore working in a rock format. So everything kind of quickly happened there in the first year. About a year later, I became Program Director of WAYE in Baltimore. That was just such a great time in radio — 1970, ’71, ’72 — with freeform rock radio. It was just so much fun.

After a couple more years there in Baltimore, I came back to the West Coast and fell into a job at KFWB in Los Angeles doing production. If my memory serves me right, it was around that time when I took a class in lip reading at Beverley Hills High School, and there was a woman in that class named Myrtis Butler. Turned out she was Daws Butler’s wife, and Daws Butler, of course, is the voice of Yogi Bear and Huckleberry Hound, and was a great and important voice in Hollywood at the time.

Anyway, she introduced me to Daws, and while I had been in radio for quite a few years by then, I became more interested in voice acting and voiceover, and so I began studying with Daws. He became a close friend of mine and my mentor for over ten years, and even though I stayed in radio, he continued to critique my demos and we worked privately at his studio.

My son was born in Los Angeles, and then we decided to move to the Napa Valley up in Northern California to live more rurally. We wanted to take our son up north instead of having him grow up in LA. So I got a job in Napa at the radio station there, where I stayed for three years. This is in the late ‘70s. Then I got my first opportunity to work in San Francisco at KYA. I joined their production staff. I was Production Director in Napa, and it was around this time that I decided to get off the air. Basically, after I met Daws Butler, I decided I was much more interested in commercial production and voice acting and writing than being on air. So, I became Production Director in Napa. Then I got this job at KYA in San Francisco, and that’s where my San Francisco career started in 1980.

November 01, 1988 8054
R-DAT: Digital Audio Tape recorder. The "R" indicates the rotating format of the head. The Harris XD-001 looks like something you'd have in your home stereo system, but its uses in radio make this friendly looking machine a very...
Read More...
© 1988 - 2023 Radio And Production, LLC
Go to Top