Lessons Learned at the Knee of Pete Townsend 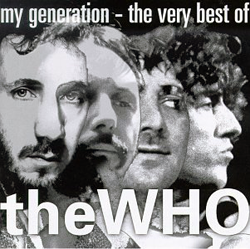 If you are still new in your Radio Production career, if you still can’t believe that they actually pay you every two weeks to play with someone else’s toys, if you think getting to spend all day creating little sixty second pieces of audio art is better than sex, you don’t need to read this article. Just go on to the next article. Go ahead.

OK, the young folks are gone. We adults can talk veteran to veteran.

If you’ve been in Radio Production for more than just a bit, you are going have those days occasionally. You know, those kind of days where you say, "Why am I doing this?" Again. Why am I dealing with this client? The kind of client who hasn’t liked anything you’ve ever done but somehow remain on the air on your station on a daily basis. Why am I dealing with plastic Herb Tarlick replicas that don’t care a whit about burning you so long as the scent of fire stays away from their reasonably priced suit and they can get to the dealer on time to pick up their freshly leased SUV? The kind of days where you wonder exactly where all that excitement went. I mean wasn’t it just here not that long ago?

We’ve all had days, weeks, or months like that at one time or another if you answer honestly. When I least expected it, I found a perfect reflection of what I was feeling about days like that.

The remaining members of The Who have reformed and have been touring. As I write this, the Classic Rock station down the hall is waiting for the first new Who album in what seems like a generation. When I heard that The Who was planning a North American tour, and that a concert in Ottawa would be the third stop on the tour, I could scarcely have been less excited. Another geezer rock band, like the last couple of Rolling Stones tours, and I thought it was just going to be another bunch of senior citizens raping the paying public to play off fading memories while prancing around like they were teenagers again, not grandparents. If I wanted to see The Who live, I’d rent "The Kids are Alright".

Two hours before the start of the concert, a friend called and said that his daughter had been given a handful of tickets at the last minute, and they had one left if I wanted to go. Being the radio lifer that I am, free is my preferred way of going to a concert. OK, to be honest and not just in praise of my good and proud Scottish heritage, free is pretty much the only way I go to concerts. The saint that is my wife said it was all right to go, and even offered to drive me to the arena. Tickets, to be expected were in the top right corner, second last row. The opening act was possibly the worst I have ever seen. Aside from hanging out with some of my closest friends, this was looking like another "why am I doing this" moment.

Then came The Who. Sure, Roger can’t quite hit the high notes like he used to, and as much as he would like, Pete can’t bounce around as he used to, but the arm still windmills. Their hair that remains is grey, the faces are wrinkled, glasses are needed to read the set list, and a nice warm cup of tea has replaced a quart of Jack Daniels as the beverage of choice. The show, mostly slides projected on moving screens with interesting back lighting, was nothing special. Due to travel issues, apparently most of the sound check was missed, and the sound for the first couple of songs was more than a little rough. Apparently, despite an endorsement deal with Fender instruments, it seems that smashing your guitar is too expensive, not to mention a tremendous output of energy and hard on your aching back. You know what though? As the night went on, I realized I was watching some true professionals working their craft. It was one of the best concerts I’d seen in many a year. The crowd was completely into it and the band fed off that energy.

Some of these songs are more than 40 years old. Roger, Pete and their hired band members played them with the energy, and more importantly the passion that kept them feeling brand new. From the band that was once the wildest, craziest, and drunkest of the planet, they actually took the time between songs to chat and make a 20,000-seat arena surprisingly intimate... and remember that I was just about as far away from the stage as possible.

So how does a great night of Classic Rock relate to those kind of radio days? Regardless of radio format, the answer was there in front of me. Just be a professional and do your job the best you can that day. You have the skills, use them! You don’t have to play to a sold out stadium, you don’t have to win a CLIO every time; you do have to do a competent professional job. You don’t have to change the world with a radio ad or format correct promo, and there is no shame in that. Do the best you can, and when the universe lines up correctly to give you the opportunity to do something truly outstanding, jump on it and give it your all.

Oh, and those young enthusiastic gung-ho guys? Keep them around. Just like Pete hiring Pino Palladino and Zak Starkey to replace John Entwhistle and Keith Moon, the young guys can push you to do great things when you’d rather sit back with a nice cup of warm tea and reflect on past glories. You can be justified in enjoying your past glories certainly, and when you get the chance to relive them with others that helped you to that peak, enjoy it. There’s no shame in that, just like The Who for a crowd of appreciative fans.

However, as you well know, you can’t always live on past glories. A portion of The Who concert included new songs from their new album. As it was the first time I heard them, I have to say that they didn’t change my life. They did sound, obviously, like The Who, and were enjoyable in that context. The crowd listened with appreciation, but like me, I think everyone is going to have to listen a few times to see where the songs fit into The Who portion of my personal sound file.

To wrap this up, how does seeing The Who in concert relate to working in a small room with no windows and no paying audience creating audio marvels to solve your advertiser’s business dilemmas? Be a professional when you step up to the stage and give it your best. As a professional, it’s what you owe your audience and clients. By giving your best that day, more often than not your audience will appreciate your efforts... standing ovation, catch your breath as you towel off, and come back for a well-deserved encore!

January 01, 1996 9372
by Jerry Vigil The Fostex Foundation 2000 hit the scene in early 1994 as a powerful, expandable workstation priced well into five figures. It came with a ton of features including internal digital mixing. Fostex recently...
Read More...
© 1988 - 2022 Radio And Production, LLC
Go to Top