At the risk of looking like I’m avoiding my series on synthesizers, I’m going to spend this month away from the subject yet again. Why? It’s the holidays, for crying out loud! In fact, as you’re reading this, it’s probably been the holiday season for at least 3 months, by the retail calendar. 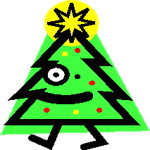 I’m not about to complain about the tinsel, snowmen, and stockings appearing on the shelves alongside the Halloween costumes. Our retail clients have to get a jump on the competition for those big seasonal bucks. If you’ve paid attention to the financial news the past few years, the “record breaking years” retailers have been hoping for haven’t appeared. If this year follows that trend, it’s a bigger battle for a hunk of a smaller pie. That means that, more than ever, the commercials we create are vital to the battle plan… a good chance for the station to make more money, and for you to be a Creative hero.

It’s a challenge, make no mistake. It’s certainly going to take more than shaking some jingle bells under a read. When people are being tight, they’re going to be choosey. Make no mistake, the opening volleys this year proved that price IS a factor. The worst kept “secret” of the year was Wal-Mart’s sale the weekend after Halloween, when they featured dirt cheap laptops and HD DVD players, “making a great Christmas affordable,” before the kids had even gotten through the good candy in their Trick or Treat bags. So, although it’s not “real Creative,” if your client has a low price on a high demand item, it needs to be the star of the spot. Does the retailer have a 60 inch plasma HD flat screen on sale for under a thousand bucks? That’ll get customers in the door, so talk about it! Does the retailer have an unexpected shipment of Xbox 360’s and is willing to cut the price in half to get people through the door? How stupid would it be NOT to feature that? And the “Creative” could be as simple as pounding low price and location. Yes, you read me right, sometimes it doesn’t have to be Real Creative, not when the offer is compelling. And many retailers will have compelling offers this year, believe me. Still intent on being Creative? Fine… but those damned Elves better be talking about the dirt cheap game console! Oh, and just to keep our intentions straight here for all involved (read: your Sales staff), a “HUGE DEAL” is not free gift wrapping… it’s a nice touch, but that’s not what we’re talking about here.

So, what about the retailers who don’t have any incredible loss leaders? Are they a lost cause? To paraphrase the big guy in the red suit, “No! No! No!” In fact, these are the people who are going to need a real, REAL Creative approach to get their cash registers ringing. A warning, however: there are going to be a ton of Santas, elves, reindeer, cute little kids, bad versions of “Twas the Night Before Christmas,” and numerous other slayings of holiday icons on the air. If you do just another cliché, it will just be part of the noise, and your listeners aren’t going to pay attention. Let me illustrate the difference. Part of the noise would be a sweet little child reading his letter to Santa, “Dear Santa, I’ve been really good. I hope you get me a new Xbox 360 from XYZ Electronics this year….” Breaking through is the sound of a cry, tantrum-throwing child. Cue announcer, “Ahh the sounds of the holidays….” Child, screaming, “I want it! I WANT IT!!!” Announcer again, “Had enough of the holidays, but still have a big list? Come to the child-free zone at Best Price.” Child, “I WANNA SEE SANTA!!!” Announcer, “Best Price has, well, the best prices around… and NO Santa….” See the difference?

Now odds are that you have several holiday clients who aren’t going to give away the farm to sell the county, nor will they want to blast through the box with something really different. How do you help them succeed during this competitive season? I’ve found that the best way to make commercials effective for the clients who only want “something traditional” is to pull at the heartstrings — still with a unique twist, but less wild. It’s for these clients that I’ll bring out the multiple voice dialogue scripts, the story scripts, the ones that warm the heart with that holiday feeling while telling the listeners where they can discover it. Again, I’m not going to use a kid writing a letter to Santa unless it has a bit of a twist… maybe the kid is writing to bullet point how all the times he was supposedly bad that year were not his fault, or he’s writing, not for himself, but for something his Mom wants for Christmas (that’s got the potential for some real emotional impact). With a client like this, the way to break through is to touch the heart, give listeners a commercial that has them asking their friends if they’ve heard the commercial for “XYZ Gifts,” because it’s “really cute.”

The longer I play this game, the more I’m convinced that there is no one right way to play it. I’ve mentioned the phrase “Strategically Creative” in the past; certainly this holiday season is an important time to apply it. Yes, it’s a nutty time of year, and we’re all up to our jingle bells in extra work, but that shouldn’t mean that the quality of the work should suffer. Quite the contrary; it’s at this time of year that you have a huge variety of clients, each with their own unique needs. It’s your job to help them get people through the door, and it’s the best time to get “Real Creative,” even if that means pounding a low price point. As a Creative, the holiday season is a great challenge, no matter how early it starts. Just watch the expiration date on that eggnog.