Production 212: It’s Not That I’m Being Rude… (Your Problem Is Just Insignificant)

I just got back from a company meeting in Atlanta, where I was asked to speak about time management in a studio environment. When they first asked, I thought, “Why in the world are they asking me? I have a hard time getting my RAP article done by deadline each month.” (It’s true, just ask Jerry.) But, being the good soldier that I am, or perhaps because I had no idea how to say no, I started on a Power Point™ presentation and a speech. Before I knew it, as dry and musty as the topic sounded and even though I felt like I was ill equipped to lecture others about time management, I realized that I was the perfect person to ask because I knew something about the topic that I hadn’t thought about up until then.

I won’t bore you with all the “tips” I came up with, but I do want to share that one thing I know about it with you this month. I discovered it quite by accident. I didn’t start out trying to save time in my studio; I was trying to get my pilot’s license in something less than three years. But the net result has changed my life.

You know how some days you want to go postal? Every stinking AE on the planet has an emergency with a client demanding more creative copy; the morning show has a gazillion requests for new stagers and sweepers and the PD wants a new promo to go on the air immediately. In the meantime, you’re so busy putting out fires; you don’t have any time to get really creative. You just can’t get any momentum going, and before you can blink, you’re there until 9pm. You seem to always have two or three projects fall ‘between-the-cracks’ every week. Your significant other is threatening to leave if you don’t get home right now and you feel like the quality of your work is simply circling the bowl. Maybe you should have sold insurance for a living. 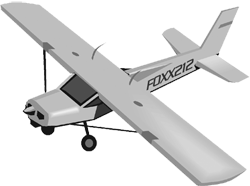 I used to have a lot of those days, until I decided I wanted to learn to fly. You see the flight school was only open from 8 to 5, which meant that I’d have to take my lessons on the weekends and it would have taken three years to finish instead of the usual 8 or 9 months. So, I had an idea. I went to my PD and suggested that I could start coming in with the morning show, making my services available to them for last-minute production. He was lukewarm to the idea, to say the least. After what seemed like an inordinate amount of begging and pleading, he finally agreed to a ‘test’ period. After a few weeks of coming in at 5 and leaving at two, if everything got done on time and there weren’t any major problems from my not being there later in the day, he would agree to let me continue until I got my pilot’s license.

Well, the first week, something bizarre happened. I finished everything I had to do that week by Thursday morning. I was actually looking for something to do! As long as I’ve been doing this job, that had never happened before. By the end of two weeks, I also felt that somehow, my work was improving in quality. I sent off a few pieces to people whose opinion I value and they all came back with big thumbs up. One friend said I was at the absolute peak of my game. By the time our ‘trial-period’ was finished, my PD had already told me that I was sounding as good as he’d ever heard me.

Seven years later, an experienced, licensed pilot with hundreds and hundreds of hours in flying time, I’m still coming in every morning at 5 and going home at 2 and I have no intention of ever going back to the way it was. Some people think I’m crazy, but I have to ask, what would you do with three to four hours of complete ‘groove’ time every day? No phone calls, no emails, no more impatient, overwrought sales people or Program Directors banging on my door, no more never ending interruptions to screw up my rhythm; all of the things that made some days intolerable no longer exist. By the time 9 or 10 rolls around, I’ve already gotten everything that I need to get done – done. I actually smile when I see a sales person now, because instead of tormenting me when I’m trying to get work done, they’re interrupting something that is of little or no consequence, like combing through a production library for new ideas.

Aside from the practical nature of these working hours, I am also doing something even more valuable. At 2 o’clock, I am living life like a listener. I DO come home and take a nap some days, naturally, but other days I’m doing STUFF… just like my audience. I go to the movies, sample the nightlife, coffee bars, new restaurants, sporting events, even high school football games. I do the same stuff my audience does. HELLO! That is where I fill my creative well.

Think about it. If all you do, day after day, is sweat over a hot workstation, attend meetings and hang out in a radio station, how are you going to relate to the audience? You can’t! They don’t give a… well, rodent’s posterior about radio. They care about movies, nightlife, coffee bars, new restaurants and sporting events like high school football. And trust me when I tell you that your creative well gets fed exactly the same way. If you have the same kinds of experiences your audience has on a daily basis, your humor will have a TON more meaning, your commiseration will feel much more sincere and every piece you produce will have the ring of truth to it, which is far more compelling than the coolest sound effect and music beds will ever be.

OK, maybe you just can’t drag yourself out of bed every morning at 4 to be at work by 5, although I’ve found it was a lot easier than I thought. Maybe you’re doing more than one job and you have to be there later in the day. I’ll answer you with a similar idea that works: block out three hours every day when you will never answer the phone, read an email or even open your door. Let me reiterate, N – E – V – E – R answer the phone or read an email. (Believe me, if it’s life or death, they’ll figure out a way to get hold of you.) This is your ‘groove’ time. Once it’s over, methodically answer every voicemail, message and email. Be a pro and communicate this to everyone you work with so they know you’re setting up time to do nothing but concentrate on being creative. That IS your job, remember? It really isn’t just being rude.

One other side-effect of my flipped hours is, because I can and DO work ahead, I can almost always anticipate what other people at my station will want or need. You cannot imagine the good feeling you’ll get when an AE pops in and asks for a copy of a sponsored promo for the client and you can have it emailed and waiting on their computer before they even get back to their desk.

We all have the same amount of time every day. Regardless of what you do, how you do it will make an incredible difference in how much and of what quality your work will be… unless you actually DO go back to selling insurance.

No audio on the CD this month, gang. Sorry. Next month though, I want to show you how to make the absolute MOST of any artist’s in-studio appearance, and I’ll have plenty of sound for that!

May 01, 2003 7711
by Steve Cunningham It’s been more than three years since we last sampled the software plug-ins from Waves Ltd., arguably the “Rolls Royce” of software audio processors. The company has been busy in that time indeed. Waves have...
Read More...
© 1988 - 2023 Radio And Production, LLC
Go to Top