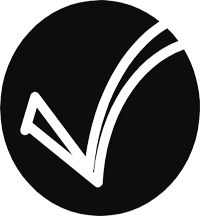 Celebrities are all around us. We see them every single day. On TV, in store windows, on billboards, back of busses, magazines, t-shirts, even streets are named after stars. Let’s face it, celebrities form part of everyday life; there is no getting away from it. The retail world is dominated by products that are endorsed by stars. Why? Simply because it works! Everybody at some point in there life has connected in some way with a celebrity. Everyone has an idol. Everyone has someone they admire. You may not want to admit it anymore, but once you too had posters on your bedroom wall, and wore shoes simply because your favourite singer endorsed them.

This is why artist endorsement works so well in radio. They stand out from the clutter. People recognise them. If Kanye West is telling your listeners that your station is the best in town, then hell, it must be the best! Artist endorsement is present pretty much in all music radio, from simple “artist drops” over song intros, to full blown takeover shows.

If you’re not in a big market, you’re always going to struggle when it comes to getting access to the big names. Being at Kiss in London, we were lucky in that pretty much every big name was banging on our studio door wanting to talk to us. Being in the capital city and being number one for what you do can easily make or break an artist, especially in a country like the UK. I moved down to London from a station in the north of England, where we were lucky to get 5 minutes with a credible artist at only a few times during the year. Going from that, to 50 Cent presenting a week of evening shows on Kiss, was quite a shock!

I’m sure that if you’re a small station that is part of a bigger cluster, or a corporate giant, you will have some sort of central “pool” for production material, such as artist drops. If you haven’t… may be worth looking into it. Having access to the most basic of recourses is always an advantage.

You’re probably aware of what some call the “smoking mirrors” method of artist endorsement, by which you have a series of artists simply saying their name: “hey this is… what’s up, I’m...” etc, then have the very last artist actually saying the station name as well as their own. This creates the perception that all the artists have endorsed the station, when in fact, 90% of the drops were taken from your sister station or a very generous fellow producer.

Listen to the Britney Spears “My Prerogative” intro on this month’s RAP CD. Now listen to it again. Spot anything odd? Probably not. This is the first time I’ve admitted to it, but I cheated on this piece! Surprisingly, we didn’t have a Britney drop that was specific to Kiss, all we had was a clip of her saying “Hi, this is Britney Spears, and you are listening to”. While playing around with other artist drops, I noticed that Christina Aguilera sounded pretty similar to Britney. With the latest hi-tech Pro Tools plug-in technology (pitch shift in the Audio Suite), I transformed Christina’s voice to sound like Britney’s (by pitching the clip up by 1 semitone). Okay, okay, I know that’s pretty outrageous, but who the hell would know? Did you on the first listen? I doubt it! There’s nothing wrong with bending the rules a little!

Artist drops are the most common and simplest form of endorsement. However, there are other avenues you could take that may not always be that obvious. Think about all the different projects you tackle in the studio, anything from promos, sweepers/idents to custom/branded intros etc. How else can you get an artist to endorse the radio station in a non-conventional way?

Let’s take the song intros as an example. Okay, so we’ve all made intros to songs with the specific artist talking over the intro, and endorsing the station, but how many have actually changed a line of the lyrics to incorporate the station name? First thoughts may be that of fear: “I can’t alter the music!” Now, I’m not saying make the whole chorus into a parody for the breakfast show, but just subtly brand the station somewhere in the song without affecting the music flow.

Take a listen to the Lumidee version on the RAP CD. When Lumidee came into Kiss a couple of years back, I got her to sing the first line of the chorus, and substituted “if you want me to stay” for “if you want kiss to play.” I wouldn’t normally suggest changing the chorus of a song, however at the time, Lumidee was an unknown artist in the UK, and Kiss premiered the record and really got behind it weeks before it was heard anywhere else. As we were the first to play this record, and we changed the lyrics before the first play (so the listeners wouldn’t know the difference), when it was then heard on the competitors radio station, it sounded odd, and your instinct would be to sing “kiss” in the chorus. I think we can pretty much say that we owned that record in London, just by substituting one line of the song. Plus, as Lumidee herself re-sung the line, there were no unhappy record companies, managers or artists.

With established songs however, you will be better off just customising the intro of the song, then you won’t be guilty of messing with someone’s favourite tune. Next time an artist comes into your station, try it. You’ll be surprised that some of them will actually agree.

Another non-conventional way that I’ve used artists in the past is adding credibility and character to a piece that would otherwise be lost as a commercial or infomercial. A government organisation wanted us to air a series of 30 second infomercials that would encourage London’s youth to try and eliminate gun crime in the city. These sorts of messages are communicated all the time in all types of media, but very rarely taken notice of. At Kiss, we came up with the idea of having big name artists voice these trails. Having a celebrity tell the kids to stop the guns is going to have a much bigger impact than a regular voiceover, because it is a voice they recognise, a voice they respect, and someone they look up to. Minimal production was used on these, to keep the message simple, direct and to add impact. I’ve included an example of this on the CD as well.

Over the last couple of months, we’ve had a big name star come into our studios pretty much every week to promote their new album, new movie or even new clothing range. These artists are the machinery that makes your station tick. We realised that you can get much more out of an artist than a quick interview and a page of drops. Since the start of September, we’ve had Mariah Carey presenting the mid-morning show, John Legend doing afternoons, and Kanye West & The Black Eyed Peas on the evening show. A weeks worth of shows just took an average of an hour to record, and we got a whole week of programming out of it. Plus, to keep things sounding live and current, we got each artist to back announce each playlist song, so we could cut and paste around the music on the day, and also get them to promote contests on the station and plugs for the breakfast show. All in all, these worked really well and added a whole new dimension to the station. At Kiss, we don’t stop the music for interviews, so this proved to be a good compromise for both the station and the artists. With these shows, we also got the artist to voice their own promo, which was then produced and aired prior to their show. A Will Smith example is on the CD.

Whenever you get an interview with a star, make sure you scan through the interview and extract bits that may come in useful for imaging. Even the outtakes can provide some pretty good material. When you’re making an artist sweep or similar, instead of having the usual “hi this is… and you’re listening to,” try adding something else. Take one of their answers from an interview, and put it in a new context. For example, if Snoop Dogg answers the question “what do you make of the hip-hop scene at the moment?” with “I think it’s the biggest thing right now,” …there you go. He’s endorsing your station as “the biggest thing right now.” Have a listen through a recent unedited interview; there’s loads of stuff you can use to your advantage. It just comes down to the whole thing of thinking out of the box, and moving away from conventions. You don’t want your production to become predictable. Give the listeners something they’re not used to.

Artists will always be a part of your radio station. They are the music makers. Not only do people look up to and respect them, having them endorse your station will give you so much more credibility. Celebrity obsession will never die. It is around to stay and can only grow more out of control. If they drop by your studios, take advantage. Get as much out of them as possible. Remember, you’re the ones that made them what they are today. If you didn’t play their records, they’d still be busking in the subway. They owe you man!