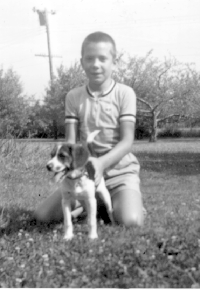 The convergence of consolidation and technology is having a huge impact on radio production. That super producer on the east coast is now all of a sudden available to you on the west coast.

Wide area networks offer high quality production elements, free of charge and ready for you to download and use on your next promo. Tomorrow’s production departments are beginning to take shape, and Clear Channel’s Jim Cook is one of the people helping to shape them. In this month’s RAP Interview, Jim shares some insights into this new world of radio production and gives us a glimpse of how Clear Channel’s five Atlanta stations are taking care of business.

JV: Tell us about your background in radio.
Jim: It all began in the early seventies at a 5,000-watt radio station in Buffalo, New York where I was kind of a radio rat. I worked at WKBW and hung around over at WGR where I ran into a fellow named Randy Michaels, which began an association that has lasted since. From there, I went to college and worked in some television and radio stations around Rochester, New York where I went to school. I was a production assistant at the PBS television station in Rochester. After college, I ended up in Pennsylvania where I worked in radio as a morning jock at WCPA in Clearfield. Then I went to the Allentown market where I worked afternoon drive at WEEX. I finally found my way to Erie, Pennsylvania in 1979 and was jocking, and within about a year, I became the Program Director of Jet (WJET), which was a historic top forty radio station. It was one of the first top forty stations in the country. I programmed that and eventually became the VP of Programming for Jet Broadcasting over WHOT in Youngstown and Jet in Erie.

In the meantime, while I was there, I also did a number of other things including television. I went back into television and became an on-camera host, producer, and video editor. I created, produced, and hosted one of the first  pre-MTV video television shows. I hosted everything from the monster movies on Saturday to the noon news. I also worked on my voice-over career and began doing voice-overs in New York for HBO and Cinemax. I did some acting and did television commercials for Pizza Hut as well.

Eventually, when I had done just about everything I felt I could do in Erie, Randy Michaels suggested I go to a radio station that was sort of at the forefront of a new kind of format called Young Country. So off to Minneapolis I go. Originally, I was one of the Program Director candidates, but Randy encouraged me to take a position as the production person, which is how I got into production in the early nineties. We created this new sound at WBOB 100 in Minneapolis, a sound that I think a lot of people were trying to replicate at a number of Young Country stations around the country.

After a couple of years there, I was ready to thaw out. Randy and Tom Owens, who was at the time Director of Programming for Jacor, asked me to come down to the facilities here in Atlanta to develop a production department. We were ready to go into the digital era and were preparing to move into new buildings and new studios. So, I came here in ’95 and worked with the Jacor boys doing a number of things. Along with developing the production department here, I was on the steering committee for the digital automation systems, which we ended up incorporating into all of our facilities. We chose the Prophet System. I also had a role in some small way and capacity on a national level for a number of other systems, which we have either incorporated or are in the process of developing for production. So, I’m managing the department here in Atlanta and acting as a coordinator for the distribution and sharing of production resources, primarily for the news/talk stations, and I continue to do voice-over work for World Championship Wrestling, CNN, and a couple of other things.

JV: Wow! You’ve been a busy guy! How did you like the video and television stuff as opposed to radio? Is that something you miss?
Jim: I enjoyed television in a completely different way than I enjoy radio. My heart has always been in radio, and television was just sort of another aspect or extension of my joy of the audio setting. When I produce, I’m producing to a picture in my head. So actually doing it with real pictures just became an extension of that.

JV: Tell us about your production staff.
Jim: My staff is eight people strong. I have some people who have graced the pages of RAP Magazine in interview form and in audio form on The Cassette, just some of the best people in the business. I’m really lucky because I have people like Barbara Scott Sherry, who is the Production Director for Peach; Rick Van Slyke, who for years has been doing all of the fantastic 96 Rock production; and we recently brought Paul Bahr from San Diego. Paul is now working on imaging for 96 Rock and WILD. There are several other people in the department: Jim Sly who is our Production Director for WGST; Rob Scott, who acts as a copy director for us; and several other people we use in evening production shifts. Obviously, everybody can’t be here from nine to five, so our studios are going 24/7 almost all the time. It’s hard to find a studio sometimes.

JV: The “Production Directors” for the various stations, are they more or less overseeing the commercial side of that station?
Jim: Everybody has areas of concentration, and we really worked on sort of redesigning the model of what people do and what they’re assigned to do. Production is sort of the last bastion of post-consolidation reorganization. There are a lot of areas we really haven’t reorganized yet. We’re sort of halfway there because we really don’t know where things are going in post consolidation, but we’re trying to keep up with it in the production arena by bringing commercial production into a giant pool of five stations, giving people specific areas of concentration, but everybody shares in the giant pool. We’ve split Production Directors into two kinds, those who concentrate on commercials and those who concentrate on imaging; but people can and do do both.

JV: And they may do it for more than one station, correct?
Jim: That’s exactly right. But again, certain people have certain skills and attitudes that they bring to the table that allow them to do either AOR or soft AC better than the next guy, so we’ll put them in that area of concentration.