The Sixty Second Joke - Or "Excuse me, are you selling something?" 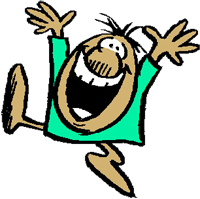 In a recent interview published in The Onion, Stan Freberg made a startling revelation. He said he is starting to regret having invented the funny commercial, because now it seems that everyone is trying to be funny in commercials. The problem with that, he stated, is that though the commercials that are being produced today are funny, “they don’t sell anything.” The writers are so busy being funny, that the client comes almost as a five-second after-thought at the end of the commercial.

Are your commercials nothing more than sixty-second jokes, with a quick mention of the client's name as a tag?

If you’ve been startled, and possibly shocked by that question, then perhaps it’s time to re-think the role of humor in your spots.

I’ve wondered about this very question a lot during my career. And, I have to be honest; sometimes I may have sacrificed the pitch in order to make the joke. For entertainment’s sake, this is probably not such a bad problem. Except that, we’re not quite entertainers, are we? We’re supposed to be selling something when we write commercials. We’re supposed to be making the client, or the product, the star, not our exceptional joke writing ability. If the humor in the commercial is so funny that the audience forgets the pitch, then how successful is that commercial? The answer is, it isn’t successful at all.

Let’s be honest, between you and me. We all want to be Stan Freberg. We all want to be Dick Orkin. Nothing wrong with that. They’re all fantastic radio writers. But, you need to understand something vital: both of them never forget to sell the client’s product in the commercials they produce. All the humor, all the jokes, every single funny utterance in all of their commercial productions are there for one thing only, and that’s to relate to, and enhance, the client and the product pitch. Commercials serve one purpose only: to promote something. If you can make the promotion of that something somewhat entertaining for the audience, so much the better. But never forget that promoting something is the reason you’re writing in the first place, and this should be the result of everything you write in the commercial script. I don’t care how funny a commercial is, if it doesn’t promote the client or the product throughout the entire 30 or 60 seconds, it’s worthless as a commercial.

To illustrate this point, I give you a script out of my past that totally missed the sale in order to make the joke. Some background is needed: Back when I was at ‘KLQ in Grand Rapids, we had a line of merchandise with ‘KLQ logos on it that we called, cleverly enough, “‘KLQ Merchandise” (hey, I wasn’t asked to come up with that name). The first spot we aired to promote it worked well enough. We introduced a character called Arnold Skank who was “a wuss.” Arnold was 32 years old and still lived at home with his mother. Nonetheless, no matter how weenie he was, everyone still thought he was the coolest because he was always wearing the latest ‘KLQ Merchandise. The spot did well, and we sold a lot of stuff. Then we started making a series out of this guy. Again, so far so good, except that we started introducing more and more characters into Arnold’s world, and pretty soon, we were doing spots that were 50 full seconds of funny Arnold stories and only a ten second tag about ‘KLQ Merchandise. Here’s what one of those scripts looked like (the spots always started with an announcer saying, “This is Arnold Skank”):

Announcer: This is Arnold Skank. Arnold is walking through his neighborhood.

Arnold: (singing to himself) Jump up and down in my ‘KLQ stuff… (We hear someone grumbling) Oh, hi Mr. Farquhar. Nice day, isn’t it?

Farquhar: Nice?! What the HELL do you know about Nice?!? I’ll tell you about Nice! (continues ranting)

Arnold’s Mother: Were you going to finish mowing the lawn?

Farquhar: Lawn?!?! What the HELL do you know about Lawn!?! I’ll tell you about Lawn!!! (continues as before)

Arnold: Just as soon as I get back from buying the new ‘KLQ tee-shirt.

Farquhar: Tee-shirt?!?! What the HELL do you know about Tee shirt!?! I’ll tell you about Tee-shirt!!! (continues as before)

Arnold: By the way Mom, I think Mr. Farquhar is off his medicine…

Announcer: … it’s not for everyone.

Announcer: From the home of rock’n’roll, ‘KLQ.

At the time it seemed a lot funnier than it reads now. Regardless, the spot really didn’t sell anything. We’d been doing the campaign for a while and thought that anything we did regarding Arnold and his little world was funny and entertaining. The truth is, we forgot that we were supposed to be selling merchandise. It was shortly after this spot appeared that sales for the ‘KLQ merchandise began to slump. Any guesses as to why?

Our problem was that we were trying too hard to continue a joke that worked only a couple of times. But we went nearly a year and a half with this one-joke premise. It was getting beyond predictable by the time we did the above script. Bet you didn’t even see that last line coming, did you? Which is another problem; sometimes the humor is too obvious and not funny at all. That’s one of the painful lessons of comedy in advertising: beating a dead horse may be fun for you, but it’s not the best sales strategy. Reading that script again makes me realize just how wrapped up in our own little world of humor we had gotten, and that we were so busy being “funny” to ourselves that we forgot to sell the product. The truth is, if someone had given me that campaign today, I’d probably kill it after the initial spot, which was probably the only one out of the over 15 we did that actually sold product.

Then there’s the subject of stupidity. So much humor falls over the line of stupidity (the above script certainly tries to erase the line). That’s okay if you’re writing humor for humor’s sake, but it’s absolute death if you’re writing a commercial. People being stupid can be highly funny, but not when they’re being stupid with your client’s pitch. Then they’re making your client or product look stupid. No one wants to buy something stupid. Stupidity is not an acceptable marketing technique. It’s quite a turn off, in fact. Would you want to buy something that makes you look stupid?

Here’s an example (which I detailed in RAP 9 years ago; it’s worth repeating) of a really stupid commercial:

Man: Welcome to (fill in the blank) car dealership.

Man: Sorry, but this is (fill in the blank) car dealership. Not “Wheel Of Fortune”.

Woman: But where are Pat and Vanna?

Man: This is (fill in the blank) car dealership, where you always get a great deal.

…and so on. A former associate of mine who was trying to start his own advertising agency wrote the spot. He fancied himself to be another Stan Freberg, but his idea of humor was to make people as stupid as they could be, as shown above. I had a falling out with him over this very script. He wanted me to produce it for his demo. I told him that I thought the spot wasn’t going to work because there’s nothing funny about someone being so stupid as to mistake a car dealership for a TV show, and what the heck did this have to do with selling cars anyhow? He told me I was a moron for questioning his genius. Then, after getting someone else to produce the demo for him, he wound up having several car dealership owners tell him the same thing when he tried to pitch the spot to them. His agency never took off, and from what I hear he’s now teaching macroeconomics at a college somewhere. Surprised?

Commercials are sales devices. Commercials are supposed to generate enough interest to get the audience to check out the merchandise or service being promoted. That’s all a spot is supposed to do. Also, since you only have 60 seconds or less to make the pitch, everything written in the script, including humor, must relate to, and serve the purpose of, promoting the product or service. If your concept or joke doesn’t immediately relate to the client or the client’s services, then you’re going to wind up taking time away from the client in order to explain your tie-in (if there is any). Every time you write out a concept for a funny commercial, you should always ask yourself, “What does this have to do with selling the client’s product or service?” If you honestly can’t answer this question, then it’s time to head back to the brainstorming session. If you think that this question just doesn’t matter, then you may wish to consider a career in macroeconomics. I know a guy…

July 01, 2010 5386
by Steve Cunningham With the economy still in the intensive care unit, there’s little in the way of disposable income available for most of us to update and refresh our rigs. But the fact is that there are more good sounding...
Read More...
© 1988 - 2023 Radio And Production, LLC
Go to Top