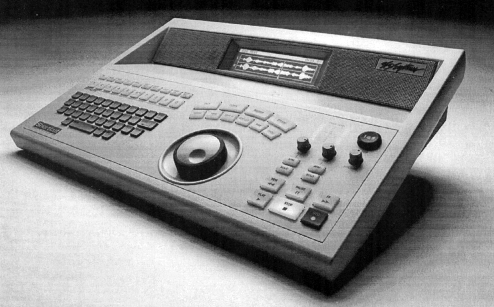 If you are familiar with the Instant Replay from 360 Systems [RAP Test Drive, August 1995], you know what an easy-to-use and very handy tool it is. 360 Systems' new Short/cut Personal Audio Editor keeps the Instant Replay's approach to a simple interface, adds plenty of editing power and some bells and whistles, and looks to be just as useful, if not more so.

The Short/cut is a self-contained hard disk-based 2-track digital recorder/editor. It could have been called a Portable Audio Editor because the unit's built-in display, internal stereo speakers, and headphone jack let you take the unit wherever an AC outlet can be found. A microphone can be directly connected to the Short/cut, making the unit a very useful device to take on remotes, outdoor station promotions, events, etc.. Though the unit will go just about anywhere, the Short/cut was designed primarily with the on-air studio in mind, or any studio that does a lot of recording and editing of phone calls and voice tracks, including the production studio.

The rear panel features balanced XLR analog inputs and outputs as well as AES/EBU digital I/O on XLR connectors. BNC connectors provide 75-ohm AES3-ID and IEC-958 Type II digital input and AES3-ID digital out (no IEC-958 Type II output). The digital I/O will support D-NET file transfer in the upcoming version 2 release. (The system version used for this review is version 1.14.) As mentioned, a microphone can be connected to the Short/cut using the left channel analog XLR input which features a MIC/LINE switch that employs a preamp with a gain of 40dB. A GPI 15-pin connector allows remote control of the Short/cut. The EXPANSION port is a DB-25 connector for external SCSI devices such as Iomega Zip drives which can be used for recording, editing, playback, and storage. The CONTRAST control sets the viewing angle of the display. The power switch and AC connector complete the rear panel tour.

The Short/cut has a sleek, contemporary appearance. The large, bright, backlit LCD display is set between the two internal 4-inch speakers. A row of ten function keys are set above a row of ten "Hot Keys." Below these is a QWERTY keyboard. A large weighted scrub wheel is near the center and just below another set of ten keys used primarily for editing. The right side of the top panel accommodates the transport controls, level meters, level controls, and more. At first glance, the Short/cut's control panel looks very friendly, and it is. But there are numerous functions hidden beneath the surface.

There is one feature of the Short/cut that is totally wonderful. I've played with quite a few digital recorders, and there are some that take you through so many steps to begin recording, you'd think you just prepared a jet for takeoff. Remember the old days when you simply pressed PLAY and RECORD simultaneously to begin recording? Well, it's even simpler on the Short/cut. Just press the RECORD key, and you're recording! No files to name, no sampling frequencies to set, no tracks to arm, no recording "duration" to set, no mouse to click, no survey to take. If there is a shortcut to recording on today's digital recorders, the Short/cut has it!

Of course, you do get to name files and set sampling rates, but you name files after recording them (or simply select the default name, which can be user set), and sampling rates are set in advance in a Setup menu. Though there are two ARM buttons, they are for arming tracks for editing, not recording. All recordings are 2-channel recordings. Input levels are adjusted with the LEFT and RIGHT channel record level controls, each accompanied by 10-segment LED bargraphs.

The Short/cut offers only 44.1kHz and 48kHz sampling. The recording format is 16-bit linear, and there's no data compression. This should make all audio purists happy, but a 32kHz sampling rate would have been nice for conserving disk space. Still, at 48kHz sampling, you can get up to four hours of recording time on the model SC-180-3. The unit used for this Test Drive is the SC-180-1 with 90 minutes of stereo recording time. Considering how we used to be happy with a 10-inch reel of tape that held 30 minutes of audio (at 15 ips), even the most inexpensive version of the Short/cut is loaded with plenty of storage space at full 48kHz sampling.

Another nice recording feature of the Short/cut is the ability to press the RECORD button and begin recording immediately, even if you're in the middle of editing another file. It automatically begins recording to a new file, without disturbing the work you were doing. Even if you're in the Setup menu changing system parameters, pressing the RECORD button exits the Setup operations and begins recording a new file. This is as simple as digital recording gets. Recording can also be set to start automatically when audio is sensed at the inputs with a user set threshold. And recording multiple takes is as easy as hitting RECORD then STOP, RECORD then STOP, etc..

Another special recording feature of the Short/cut is the Insert Recording mode. This mode lets you set a point within an existing file and begin recording at that point. What's special about this mode is that any existing audio beyond the record start point is "moved down" rather than replaced. So, if you were interviewing someone who wanted to add a comment to something he said earlier in the recording, just cue up to the insert point, press the EDIT IN and EDIT OUT keys at the point where the recording is to begin, then hit the INSERT and RECORD keys. The same basic steps can perform a Record/Replace function where a highlighted area of a file is replaced by the newly recorded material. Again, the special feature is that the new recording length is not dependent upon the length of the highlighted area to be replaced. It's not like setting punch-in/out points where the recording time is set. The new recording can be whatever length you desire, and none of the audio outside the highlighted area will be lost. This is the kind of feature that shows more and more uses with time.

February 01, 1996 8249
by Jerry Vigil Digital workstations are quickly becoming standard gear in production studios worldwide. But you might be surprised at how many stations still dub their digital production to analog carts for airplay. Certainly,...
Read More...
© 1988 - 2023 Radio And Production, LLC
Go to Top