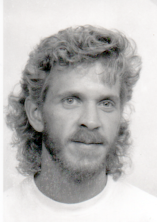 This month's interview takes us to one of America's small markets, Lexington, Kentucky, where we get a glimpse of an AM/FM combo that recently acquired another FM station. Production Director Scott Statham talks about the major task of producing for three stations, shares some of his solutions to problems that arise in such situations, and he discusses something that all production people in Lexington deal with (something that people in medium and major markets might find hard to believe). It seems Lexington's entire production population -- Production Directors, jocks, copywriters, voice talents, and their studios, too -- is up for grabs...free of charge...to any client...any agency...anytime.

R.A.P.: How did you get into radio, and how did you wind up in Lexington?
Scott: Well, I started out planning to be in TV. My high school had a television station, and we'd broadcast the news to all the students every year. Then I went to college in Ohio. I found radio there. I was on the air doing the farm report at the college station three weeks after I got there. About a year and a half later, I got a part-time job doing weekends at an AM full-service station, WMAN in Mansfield, Ohio. I left school into my second year and got a job as a janitor at the college. I later went back to school and got free tuition because I was a full-time employee. Then I became the Program Director, Assistant Music Director, and PSA Director at my college station. I was the PD at the same time I was working full-time for the school and also a full-time student at the school. I was pretty determined to get my degree.

Two weeks after I took my last final exam I had my first full-time job. That was in Hyannis, Massachusetts, at WPXC. It was a brand new station. When I got there, there was no equipment in the studio, so I got to help build the studio for the most part, catalog all the music, and do everything that goes with the start-up. I was there for a little over a year as the Production Director. I was Music Director there for a little while, too.

Then I got married, had a child, and quit radio for about two years. I later lucked into a job where I had worked in college, at WMAN in Mansfield. They found out I was back in Ohio, called me, and I was there for about a year and a half.

I got a couple of offers and I realized I didn't need to be in Mansfield, Ohio making not very much money. When I saw the ad for the station here in Lexington, Kentucky, I called Barry Fox, who was then the Program Director. Over the course of two weeks, I sent him about four tapes. They didn't offer me the job at first. They offered it to someone else, and the guy turned it down. Then they offered it to me, and I said no because the money wasn't good enough. Eventually, they decided maybe they ought to increase the money a little, and here I am.

The day before I drove down, Barry told me that when I got down there, he wouldn't be the Program Director. "I'm stepping down, and you're going to have a new Program Director," he said. That kind of shook me up at first, but it has all worked out. We went from being Power 94.5 to MIX 94.5 five months after I arrived. We went from CHR to bright AC.

R.A.P.: When did the company buy the third station?
Scott: About six months after I arrived, we were told that we were acquiring a third radio station. No one would tell us what the format would be, but the rumors persisted and we all pretty much knew. Young Country went on the air February 18th of this year. Then, on April 1st, our AM station, which had always been an oldies satellite station, went business/talk. They got a whole bunch of new equipment, too. So things changed a lot in a matter of about a year and a half here.

R.A.P.: What are your responsibilities now at all three stations?
Scott: For several weeks, I thought all I was here to do was to fix things. I guess you could say I'm also an assistant to the Chief Engineer. There are a lot of interesting events that happen with computerized studios, and I spend a lot of time on that equipment when there's a problem. People often come to me and say, "Tell me about this. Explain why this has happened." There are a lot of times when it's just human error, and I'm the one who has to end up fixing it.

The commercials, promos, all the recorded stuff, except for the music on our stations, are played from three different formats. On our AM station, they're recorded onto a hard disk on a computer. On MIX 94.5, it's carts, and on Young Country it's on Bernoulli disks, for the DigiCarts. So we've got triple the work. Even if the spot is running on AM only with the hard disk system, we still have to cart them up first before we transfer to disk. If they're running on Young Country and AM, then we have to cart them and put them on a Bernoulli disk. You can double up and press two or three buttons at a time, but it slows you down quite a bit.

I write all the commercials. Commercials that come in written, I usually edit or at least review, then make changes and send them back for approval. Client copy is sometimes lacking. I spend a lot of time in the production studio doing spots. Recently, I've tried to push most of the spots off on everyone else so I can concentrate on doing station promos, liners, and sweepers. I have a continuity person now who is just learning how to do many things. I'm still watching over her, trying to give her some direction and show her how to get things out of the salespeople that are sometimes difficult to get from them.

R.A.P.: When Young Country WWYC was purchased, were there any production or continuity people kept?
Scott: There was nobody brought over from the other station. They were all let go. They added an air staff to get us started, and the Program Director didn't arrive until two weeks before the station went on the air. So there was a lot done before he got here. My continuity person is the sales assistant. She writes all the proposals and such, but she's new to the production side of radio. She's my only support person, besides the jocks who cut commercials.