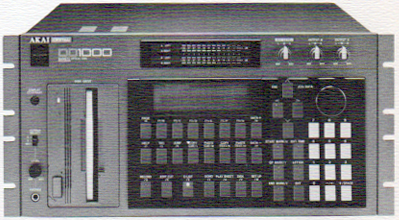 The DD-1000 is basically a 2-track digital recorder with some 4-track characteristics. It also resembles a sampler, a giant sampler. The DD-1000 also acts like a sequencer of sorts. As you get further into the DD-1000's many functions and capabilities, the enormous power of the machine becomes evident. In fact, there is so much the DD-1000 can do that we had to re-examine just how this review should be written, and it was decided this review should answer one question: What can the DD-1000 do for ME, the radio production person?

With that in mind, we won't get into the unit's extensive time code capabilities. We won't dwell on the comprehensive MIDI applications. We won't tell you how this machine is a must for someone who does re-mixes of songs and audio for video work. We won't bother you with a lot of the impressive technical data that is virtually meaningless to the busy radio production person. Instead, we'll plug the DD-1000 in and do some radio production.

But first, let's talk about what's at the heart of the DD-1000, the magneto optical disk drive. You've heard about, seen, and you may have used a digital disk recorder. However, most of the units you may be familiar with don't employ a magneto optical disk as standard hardware. As the name implies, magnetic technology is combined with optical technology in the form of a laser. While a conventional hard disk drive hovers the record/playback head over the rotating disk and reads and writes magnetic information, the MO drive's laser literally "melts" the digital information onto the disk. There are two major benefits to the MO method. Because the information is "melted" onto the disk, the risk of data loss due to external magnetic sources is virtually eliminated. In addition, the MO technology allows for greater amounts of data (650 megabytes) to be stored on a single disk the size of a CD.

The MO drive of the DD-1000 is a standard Sony magneto optical drive and will accept any 1024 byte/sector optical disk. These 5.25 inch disks are removable and are encased in a box not much larger than a CD jewel box. The disk has two sides and up to forty MINUTES of stereo audio can be recorded on each side for a total of eighty minutes per disk! You can record in mono and double that figure! Furthermore, the disks can be erased and used again and again. The DD-1000 has four sample rates: 32kHz, 44.056kHz, 44.1kHz, and 48kHz. The default sampling frequency is 44.1kHz which gives you thirty minutes of full-bandwidth stereo recording on each side of the disk. But again, if you use the 32kHz sampling rate (sufficient for broadcast), total stereo recording time per disk is eighty minutes.

While conventional hard-disk based recording systems limit your storage to the number of hard drives you have, the removable disks of the DD-1000 provide limitless storage capability. Of course, if you don't want to have to remove and insert disks all the time, you can always buy six more external MO drives and connect them ALL to the DD-1000 via the SCSI port on the back panel. That'll give you over nine hours (using both sides of each disk) of storage on line!

So, here you are with this digital recorder with a half-hour of full-bandwidth stereo recording available to you before you have to flip the disk over. What can you do with this recorder? Obviously, you can use it just as you would an analog reel-to-reel recorder, but there are many advantages over that old reel-to-reel.