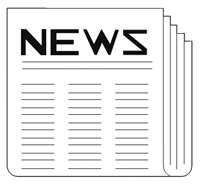 L.A. AIR FORCE announces the release of the new CD version of the classic "Cheap Thrills" library. The 3 CD edition contains some new tracks along with stereo mixes of some of the mono cuts from Volume One. (303) 247-5082.

SOUTH STREET MUSIC makes its debut in the production music arena with Urban Image, a library designed for CHR & urban formats. On CD, the library features 50 basic tracks with mixouts plus over 150 work parts. The release date is September 25th. See them at Radio '89 in New Orleans. (617) 338-1376.

NETWORK MUSIC trumpets their new Jingles Library, over 30 CD's of commercial jingles with original vocals that can be resung for your clients. (800) 854-2075.

FIRST TAKE, INC. out of Boston is another estab­lished production house making plans to expand their pro­duct into radio pro­duction libraries. Look for their debut library this fall. (617) 267-6272.

Synthesizer enthusiasts might want to check out ENSONIQ's new VFX synth. It's not a sampling keyboard, nor does it have a built in sequencer, but it appears to be one heck of a synthesizer.

Entry deadline for the MOBIUS BROADCASTING AWARDS is October 1st. This international competition is for television and radio commercials. For more info call (312) 834-7773.

Kevin Hayes leaves WGFX in Nashville to assume Production Director's position at Power 99 in Atlanta. This is the position vacated by Randy Reeves, this month's interviewee. Congrats Kevin!

Dave Simmons grabs the Production Director's slot at Magic 102.9 in Dallas. Among the toys in Magic's new production room are the ABX-26 console, Otari's MX-70 8-track, a couple of Otari MTR-10's, Ensoniq's VFX synthesizer and more. Have fun Dave!

Subscribers: On last month's Cassette, the 3rd place winner for Major Market Promo in the Firsty Award competition was indeed Greg MacArthur of KMGI in Seattle; however, a promo from Greg Fadick of Y108 in Denver was erroneously put on The Cassette instead of Greg MacArthur's. Apologies from R.A.P. and FirstCom for letting this one get by.

October 01, 1989 12466
What was once distant thunder is now a reality for digital sampling. Everything you always wanted but were afraid you couldn't afford is now available at a modest cost in an unprecedented new unit, the Dynacord ADS. The first...
Read More...
© 1988 - 2023 Radio And Production, LLC
Go to Top