There are thousands of good voice over talent who spend time in recording booths around the world everyday. Narrations, commercials, promos, audio books, on-hold messages and more; there’s seemingly no end to the audio content being created. But what seperates a good voice over from a great voice over? 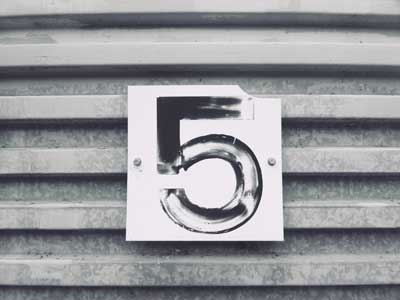 Having spent over 20 years recording and directing both professional and amateur voice over talent locally and in remote sessions, we’ve come to realize what makes up that last 5%. It’s the smallest things that make the biggest difference.

Let’s say the voiceover artist is reading the below script. The client has asked for an authentic, conversational delivery that will ‘connect’ with the target audience, and Josie, an early 30s female voice talent has been cast for the job.

We love the CQ lifestyle... As we grow, our needs change...
and the biggest financial decision we'll make is the home we live in.
The Capricornian is a local, customer-owned financial institution you can trust,
with strong foundations built over 60 years.

In the context of this script, the words ‘AND’ ‘OUR’ ‘IS’ and ‘CAN’ are joining words and should not be emphasized unnaturally. In fact, they should be shortened, or ‘swallowed’ - for example, ‘AND’ becomes ‘ND’, ‘CAN’ becomes ‘C’N.’ If equal emphasis is placed on every word, the voice over will sound a little stilted and lose the sense of authenticity.

A great way to check whether unnatural emphasis is being used is to think ‘how would I say this if I were talking to a friend’. In our natural conversations each word carries different weighting, and this should also apply when reading a script.

Not every word is created equal.

Conversely, there are particular words that should be leant on, or emphasized. This emphasis will help to add color and meaning to a read and make sure key points of the message are bought out. In the script above, words like LOVE, CHANGE, BIGGEST, LOCAL, TRUST and 60 YEARS should be emphasized (but not over-emphasized) slightly.

Getting ‘inside’ the script

A common trap that some voiceover talent make is talking differently when they’re in front a microphone. They might speak to the client during the session in a natural manner, but as soon as they step in front of the mic to record the script they switch into ‘voice-over mode’.

With any delivery, whether it be a conversational voice over narration or enthused-sell retail commercial, the trick is to get ‘inside’ the script - to sound like you’re telling a story and not just reading words on a page. Often, it’s the subtleties in a delivery that make the biggest difference (even though it might be hard to pinpoint exactly what they are and why a read just ‘works’). However, when you do hear a great read, you’ll certainly know it! Something special happens when all the little things come together.

It’s not just about the sound of your voice

We’ve lost count of the number of would-be voice over talent who’ve said to us ‘people have told me I should get into the voice over industry because I have a great sounding voice.’ Usually, (after thanking them for their demo,) our response to them is along the same lines.

“It’s not just about how your voice sounds or how deep it might be, but how well you can tell a story. It’s not just about having a high quality studio or fast turnaround. It’s about knowing where to place emphasis and which words to swallow, about cadence and rhythm.” The best voice over talent don’t just have a fantastic sounding voice (although many do), they also know how to get inside a script, use inflections and tell a story.

There are thousands of good voice over artists around the world, but only a few are truly great. The last 5% might not sound like much, but achieving this 5% takes years of experience and practice.

There’s no shortcut to greatness!

Abe Udy is the founder and Creative Director at Abes Audio, an Australian-based audio production and voice over company. Contact Abe at production@abesaudio.com.au or visit www.abesaudio.com.au/voice-over-artists for more. This article was originally published on the Abes Audio blog.

February 01, 2011 5153
by Steve Cunningham It would appear that Santa was good to us this past season, and I for one didn’t even notice it until well after the fact. It would seem that beginning late last November, while we weren’t looking, iZotope...
Read More...
© 1988 - 2022 Radio And Production, LLC
Go to Top