Promos are one of the most important layers of Radio Imaging and Production - they provide the listener with a highlight of what’s happening or what’s to happen on the Radio Station. They are basically “Tune In Alerts”, which should provoke some sort of connection or emotion with the audience in order for it to be effective. 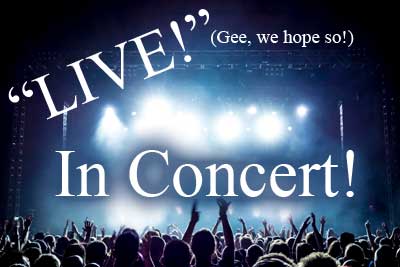 I was recently speaking with a peer who works at an imaging service about scripting and how it has become very standardized and “samey” in a lot of markets. We feel it’s something that is often neglected, and in 2019, I honestly don’t think it should be the case.

Let’s face it (whether we like it or not) the listener will always just view these as “Commercials” as they usually come before or after a spotblock. But we can overcome this problem in a number of different ways, which doesn’t just improve the radio station but time spent listening, interest and interaction.

Promos can often be overlooked by the listener, so let’s start placing “mini-promos” between songs. Create something that is 5-10 seconds in length that can play over a song ramp or intro. That way, the music is always flowing and it’s not seen as a commercial.

When we take a look at the most common giveaways on commercial radio stations, it would probably be concert tickets. Listeners love concerts - it’s music and that’s what the radio stands for - so we should be all over it. Plus, it’s great for the station to associate themselves with the concerts of the artists they play, so let’s start owning that.

Inevitably, we will have to make promos for these concert ticket giveaways to inform the listener. We are all guilty of making promos that are filled with words that are just not necessary - and I like to call these “stop” words as they don’t really hold up any meaning in the context of the overall scheme of things. For example, the station has tickets to see “The Chainsmokers LIVE in Madison Square Garden”. Nearly every promo that will air will look like the this:

“XXFM has your chance to see The Chainsmokers LIVE in Madison Square Garden, New York City. To be in to win, stay with L.A’s Hit Music Station!”

What does that sound like? To me, it just sounds like a commercial message for The Chainsmokers and Madison Square Garden. The band and venue are getting all the mentions and with little benefit to the station or the listener.

The above script has a lot of unnecessary words and stop-gaps that can most certainly be changed or restructured. Let’s take “Live” - everyone knows they’re going to a concert and it’s going to be “LIVE”. You’re hardly going to put “See the Chainsmokers pre-recorded”, so using “live” actually has absolutely no merit here. That can immediately be omitted.

We could create a mini-sketch or use a real life scenario to promote the fact that XXFM is giving the listeners the chance to win. In this piece, we want to connect with the listener’s emotion by placing them in the middle of the event. Like a song, build it up and make it into a story with beginning, middle and end.

The best way to describe how the script is devised would be to listen to a Top 40 song and hear it’s construction. It will usually start off bare, build and eventually drop and then go bare again.

That to me, strikes emotion, resonates with concert goers and gets them hyped up about it. It’s not a commercial, it’s a story. The listener doesn’t feel like they are being sold something; they are being sold an idea, and if they like that idea, they will enter.

We have all been thought to “speak with the audience” not “at them”, so let’s do just that, create something that the listener will remember without creating a generic commercial sounding message that will just get lost in the spotset.

I think the lesson for us all (including me!) is not to make promos sound like they’re just part of the annoyingly long ad break and start creating content and scripts that actually prevents the listener from just switching over. Let us re-evaluate the output of our station’s messaging and create something that is different, engaging and ensures the future of our industry.

Denzil Lacey is an Imaging Producer with SiriusXM. He has worked in radio production full time for the past seven years. He is also speaking at The Worldwide Radio Summit in Los Angeles. Visit www.denzillacey.com for more info.