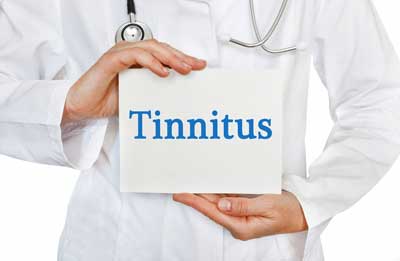 My earliest memories are of sound, and while I can clearly “hear the moment,” I can’t recall exactly what I heard. I was in a crib in my parent’s first apartment, couldn’t have been more than 2, and a radio was playing. I do “see” the moment – the Bakelite radio, a glass Coke bottle, the haze of cigarette smoke (this was the early ‘60s), but these are imperfect memories which could easily be a montage dreamt up from the majority of my childhood – that moment of audio is completely clear, if indecipherable. It was probably little more than a D.J. announcing some song from Ray Price or another of the crooners who made their last stand before the British Invasion (my parents were fans of a simpler period of music), but what was said, what was played, matters less than the fact that it stayed with me. Perhaps “possessed me” is a more accurate term…

Damned audio. Of all the things my curious, scattered mind is obsessed with, audio always manages to force itself to the top of the list. I tell people that I “make noize,” but it’s just a feeble attempt to minimize the importance of audio in my life – the only fool I’m fooling is me; audio has and will always pull my strings. I have other passions, those of you who have read this column for any length of time know what they are, but none have the ability to pull me away to my personal Creative Wonderland like producing audio does. So why, “damned audio?” Like any passionate relationship, the answers aren’t simple…

There is one particular sound that’s stayed with me the majority of my adult – one that won’t go away. It pervades every second of my day, sometimes not as forefront, but always, ALWAYS there. The high-pitched ring even invades my dreams from time to time, often becoming so loud that it wakes me up and can keep me awake for hours. I’m sure you’ve guessed that I’m talking about tinnitus, the noise that keeps on giving, 24/7. There have been visits to the doctor, endless (and useless) remedies, and yet the ring goes on and on and on and… multiply by a lifetime, that’s my tinnitus. In the past few years the ringing has been accompanied by pain now and again. I’ve never been stabbed in the ear, but I suspect the pain would be similar. The pain can last minutes or hours, and when it hits, it’s a bitch.

I know how it began, I know what I did to make it worse over the years, I have no one to blame but myself. Loving it loud is as much an addiction as anything, and I cranked my headphones to 11, blew out stereo speakers, and stood as close to the stage PA as I could for years. As the tinnitus has gotten louder over the years, so has the need to listen at painful levels, and that’s not an exaggeration. I was producing some imaging a few weeks ago and realized that I had the volume up so loud that my eardrums were throbbing… when I pulled the sound down, it was like unclamping a vise. Oh yeah, and the ringing was at an all-time high. Stupid, stupid old audio producer.

As you might imagine, the constant squeal can make audio production tricky. I know it’s the opening gong before hearing loss, and higher frequencies are becoming a memory for me. I really need to pay attention to my mixes because it’s easy to boost a frequency that’s already fine. Some days I need to get up and walk away for a while because the ringing and/or pain take over.

I’m not interested in being a poster child for taking care of your hearing, but I certainly could be. My careless abuse of sound has already begun to rob me of it, and I’m sure it’s only a matter of time before all that’s left is the ringing. I’m not sure how I’ll take being trapped with the one sound I’ve grown to loath.

If you think this is reading like an episode of “Scared Silent,” you’re right. Abusing your hearing will catch up with you – I didn’t believe it, and here I am. None of your tools are more important than your ears, and if you’re smarter than I have been, you’ll take care of them. A memory of sound will never replace the real thing.

August 01, 2005 7978
by Steve Cunningham When Avid Technology, the parent company of Digidesign, acquired M-Audio last August for $80 million in cash (that’s right, eighty million), it was clear that they were buying more than a line of inexpensive...
Read More...
© 1988 - 2022 Radio And Production, LLC
Go to Top