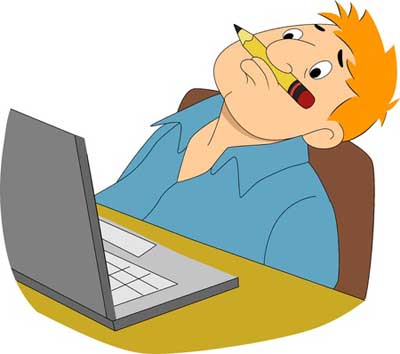 I’m usually not at a loss for words, as you might imagine, so today’s script struggle took me by surprise. The request was straightforward, I had all the background on the client I could ever want, and the “must have” information already took up a good :15 of :30… cakewalk, right? Today, not so much. I wrote an opening sentence, then moved it to the middle of the script, then re-wrote it, placing it back in front. A female voice started the ad, then a male, then the female again, then, yes, definitely female… until it was a male again. The ad THEN became an announcer-only piece, which meant that opening line turned into the closer. Somewhere in all of that lunacy, I became obsessed with adding an effect to one of the voices… but which one? Did my initial premise even make any sense? This ridiculous dance went on for much longer than I want to admit, but I finally wrestled the damned thing to the ground and had a script I was somewhat happy with. Now all I had to do was time it… sigh. 43 seconds. DAMN IT! What the hell was I going to cut? And maybe that sentence needed to be in the middle…

As frustrating as writer’s block can be in the world of Creativity on Tap, there’s something Creatively encouraging about it. I know that many writers insist on following a “formula” when working, and while it works well for them, I find that the structure makes my words stale after a time, so anything that shakes up “the way we do things ‘round here” opens my work to new possibilities.

Early in my radio career, I stumbled onto a character voice that I loved…. I loved performing him, I loved writing for him. It was one of those quirky characters that I immediately understood on a deeper level, and I always managed to have him say just the right things for the right ads. In fact, he was the “star” of my first Addy-winning spot. After that, well, you can probably guess what happened. Yep, I started forcing him into ads that he had no business being in. I was too inexperienced and frankly too enamored with the character to realize the mistake I was making. It took the blunt honesty of a Sales Rep to finally bring me to my senses. “God, I HATE that guy! Is that the only voice you do? Why the hell is there a funny voice in this ad anyway?” Ouch. It wasn’t the words that stung as much as the fact that he was right. I was stuck in a formula that was earning me diminished returns, and it was time to mix it up. It was an important lesson, a lesson I needed to be taught more than once over the years… one way is not always the right way.

This is why I’ve become suspicious of that phrase “best practices” that keeps popping up in content creation. It implies that there’s one way to do things, and if you follow the “rules,” your content will be “amazing.” Part of my job is editing blogs these days. We use writers who are very good at using the best practices, they create by the numbers, and you know what? Their blogs often read exactly the same, regardless of topic… and they read much like those instructions that come with ceiling fans: functional, informative, but devoid of soul. There is a generation of content “creators” who are being taught that researching keywords is more important than telling a compelling story. In some cases, that may indeed be true… but not in every case.

Understand that there is a difference between “formula” and “voice.” It’s important for a Creative to find their own unique style, that sound that makes their work unique and special. Once they’ve found their voice, it’s equally important to push & pull at any (often self-imposed) boundaries, and keep discovering new Creative potential in their work.

Yes, it sucks when Creative doesn’t come easy, but it’s actually a sign of growth, and cause for celebration. Pushing through means you’re moving forward, getting better, and exploring new options. Don’t focus on the loss for words, look forward to the gain.

August 01, 2006 9760
Steve Stone, Director of Creative, Zimmer Radio Group, Joplin, Missouri No, this is not Steve Stone the national voice-over artist, or Steve Stone the baseball player. This is the “other” Steve Stone, the one you’ll be hearing...
Read More...
© 1988 - 2022 Radio And Production, LLC
Go to Top