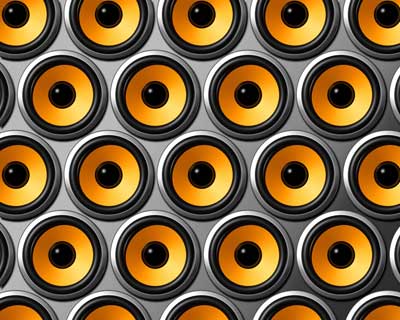 A Sound Effect, the community-based, sound effects (SFX) online marketplace, today announced the addition of several new Ambisonic sound libraries, making it the largest and most diverse Ambisonic sound repository in the world. Ambisonic sounds are captured by highly-specialized microphones that record audio from every direction surrounding the microphone. The listener can experience enhanced realism not only with surround sound speakers, but also over headphones, making it a natural fit for VR 360 and gaming content creators.

Ambisonic recordings are most effective for sounds that naturally surround the listener such as any external and internal ambience. A Sound Effect’s curated collection covers everything from water and wind, to crowds, applause, parks, building interiors, ventilation, and even bugs!  To celebrate the new sonic arrivals, A Sound Effect is giving away 2.9 gigabytes of Ambisonic sound effects (41 files - 68 minutes) free during a limited, one-week only promotion (September 19-26th) at https://www.asoundeffect.com/ambisonic-sound-effects-giveaway/

"As a location recordist, sound designer and re-recording mixer focused on cinematic VR, I'm absolutely thrilled that A Sound Effect is offering this large collection of ambisonic recordings,” said Jean-Pascal Beaudoin, co-founder/head of sound at Headspace Studio in Montreal. “Not only are ambisonics the de facto surround format of choice for fixed POV ambiances and scene-based recordings but it can also be extremely useful for far-field interactive audio. Because it feels so natural, I find that it really helps to "glue" a scene together. Paired with head-tracking, it allows for unparalleled immersion."  Headspace Studio was recently involved in the VR/360 production of The People’s House: Inside the White House with Barack and Michelle Obama which received a Primetime Emmy Award for Outstanding Original Interactive Program.

Part of the appeal of Ambisonic recordings is their inherent flexibility to be modified to fit a particular scene. If an ambiance is not in the correct position sonically to match the image, it can easily be repositioned, almost as if the editor was able go back in time to rotate/tilt the original microphone placement. With VR and 360 content, the latest headset technology can track the viewer’s head position and dynamically rotate/tilt the sound as they look around.

“A truly unique feature of working with Ambisonic audio is the ability to modify the sound during post production,” says Asbjoern Andersen, founder and chief curator of A Sound Effect. “Editors can reposition the original sound left, right, up and down to most closely align with the on-screen visuals.”  This ability to further modify a recorded sound can be done with free plugin software readily available for most audio editing applications. All Ambisonic libraries available at the A Sound Effect webstore contain the original A or B-Format sound files which can be manipulated and customized during post production to create 5.1 or 7.1 surround SFX, as well as convenient stereo versions.

The A Sound Effect web shop (https://www.asoundeffect.com/shop) was founded in 2014 by Danish composer Asbjoern Andersen to offer a centralized hub for independent sound effects. Today, it's home to an ever-growing, curated collection of the finest sound effects libraries the community has to offer. The site is also home to the A Sound Effect Blog (https://www.asoundeffect.com/blog), offering exclusive behind-the-scenes stories on sound creation and audio post production for film, games and VR.

For more information on A Sound Effect visit https://www.asoundeffect.com/

September 01, 2001 19166
by Steve Cunningham All-in-one hardware audio workstations are popular among small recording studios, production companies, and bedroom musicians. They’re also used by some radio production types who like to work at home, after...
Read More...
© 1988 - 2022 Radio And Production, LLC
Go to Top