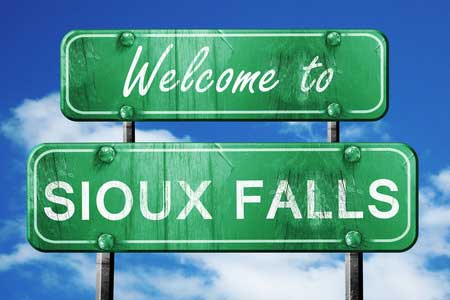 This weekend I was heading North on I-29, Sioux Falls, SD some 20 miles in the rearview (Really. It’s always flatter up there than I remember). The Missus and I were heading to my hometown. “How many times do you think you’ve taken this drive,” Lori asked.

I smiled. “At least 100,000 over the years, I suppose.” It wasn’t an exaggeration. Between living in Brookings for the first 22 years of my life, and another 15 years in Sioux Falls, I’ve done the road so many times that I can still tell you exactly how many miles I have to go depending on which barn I’ve just driven by.

There’s some comfort in the fact that some things don’t change. The farm equipment might be larger, the billboards flashier (and more frequent), and cell towers are sprouting up in pastures up and down the interstate, but in many ways it’s the same road I knew when I was a boy, giddy to be headed to the “big city.”

As I drove, it suddenly occurred to me that one vital piece of my memories was missing. “Let’s turn on KELO,” I said. “It’s 92.5.” I knew that as well as I knew the next curve would reveal a sign for a town I share a name with (Honest. There is a Trent, SD). Hell, I grew up in “KELO-Land,” where a good bulk of my view of the outside world came from KELO TV, channel 11, and my music tastes were molded by both KELO AM 1320 and KELO FM 92.5. In my 20’s and 30’s I would find myself jocking for both radio stations and honing my production skills. Of course I knew where KELO FM was… except, it wasn’t.

92.5 FM in Sioux Falls is now Big Country KTWB, and KELO FM now resides at 101.9. I looked it up and discovered that this wasn’t a recent thing. The two stations swapped frequencies in October 2013. Wow. And it’s not like I haven’t been up there since the swap; I go back to visit my family at least once a year. I KNOW I’ve listened when I was up there before; you’d think I would have noticed by now.

It wasn’t simply the frequency that had changed. As the miles slipped by I listened for some sign of the station I left behind some 16 years ago. Everything was unfamiliar… the music, the imaging, the announcers, all different. Of course I didn’t expect it to be frozen in time, but at the same time, I still have friends who work there, and I thought I might hear at least one familiar voice. It was not to be.

It was an odd moment when I realized that I was a stranger in a “KELO-Land.” For so many years it was my professional home, and in as many years I was now simply another visitor, just passing through. I felt somewhat empty, as though something that was once important to me had been taken away.

Radio has always been a business of vagabonds, town to town, up and down the dial. It’s rare for someone to spend their entire career at one station, rarer still for someone to spend it in one market. There are the lucky few (my wife, for one) who find their home with the same broadcasting company for the majority of their life, but for the rest of us, there’s always this sense that we have something to find elsewhere, over and over again. Not long ago I joked that I’ve worked with the same people at many stations… the names change, the personalities remain the same. Still, KELO was home longer than any other group. Every personality is judged against people I worked with there. I suppose in my mind, it became my gold standard. I learned more about radio and about being Creative under the KELO roof than anywhere I’ve ever worked, and for that I’ll always be grateful. So many great times, so many talented people who shared their knowledge and friendship with me… it is any wonder that I felt lost with this new frequency?

Pulling off I-29, my head full of the “good old days,” I wondered about those who work there now. They’re doing good radio, absolutely. I only hope that their experience in front of the KELO microphones is everything mine was. You might not be able to go home again, but if you happen down that road, you should at least have positive memories of what once was. Yes, it’s a job, but you should enjoy the ride.

Trent Creates. His professional home is Heart+Hammer. Contact him at: .

August 01, 1996 10409
by Jerry Vigil There are two schools of thought regarding microphone voice processors. One doesn't even consider using them, and the other doesn't work without them. It's probably safe to say that most who adhere to the latter...
Read More...
© 1988 - 2022 Radio And Production, LLC
Go to Top