“... And Make it Real Creative!’: Attack of the Digital Revenue Gobblers 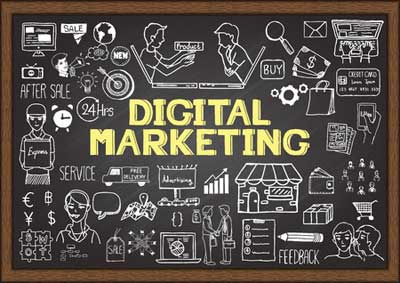 I’ve been a Science Fiction fan since I was a child. While television was hardly an infant by the ‘60s, there wasn’t the endless backlog of programming that’s available today, so stations often filled empty hours with retro (read: cheap) drive-in movies, and I absorbed every one of them that my Mother allowed me to watch - after all, some of those giant rubber monsters were “realistic and terrifying.” I remember clearly when Star Trek premiered, because it was on past my bedtime, and I had to plead to be allowed to watch even the opening of the show.

As I grew older I found that the shows that really grabbed me were set in the future, and oh what a future! Everyone had jet packs, laser pistols, and computers! Even when I was young I realized that of the 3, computers were apt to be the one thing I might possess someday. There WERE computers, after all, even if you’d need a second home to house them in, and a 3rd mortgage to pay for them. I was excited at the prospect of computers, of all the world’s knowledge available to all, just a shiny button click away… we were surely headed to a utopian world, based on peace, the quest for knowledge, and vacations on Mars.

OK, we did get the computers (the lack of jetpacks is still a sore spot with me), and of course they changed everything, but not quite in the way that mini me envisioned it. Computers have been at the heart of new, exciting industries, and have offered Creatives in every discipline newer, faster tools and means of expression. Computers have simplified many jobs... and have made others obsolete. It’s not Science Fiction that computers have completely changed the way business gets done, and when it comes to advertising, the power of targeted marketing, thanks to computers, the internet, and big data, is a behemoth when reaching customers, especially Millennials, who live their lives glued to one screen or another, searching out “positive experiences.”

I suppose I should be railing against digital marketing. It has become a direct competitor to radio advertising, biting off bigger chunks of the revenue pie every quarter. I DO find it to be radio’s biggest competition yet. That said, half of every day of my professional life is now devoted to digital marketing, and playing both sides of the coin has led me to some conclusions worth considering, if radio is going to not just survive, but thrive.

First, digital marketing is radio advertising. Consider the basic elements of a digital marketing strategy… know your client inside and out, entice and target those clients with a narrow, razor-sharp focus, providing engaging content that turns those clients into delighted fans… successful radio stations have been utilizing these same techniques for decades. The digital gurus simply took the best elements for success and found ways to use customer data to put those elements on steroids. It’s admirable and obviously successful - but radio did it first, and has been doing it for a very long time. In radio, we know our audience inside and out, we give them the experiences they crave, and they are raving fans (or at least, they should be). Simply being aware of this tidbit levels the playing field a bit.

Second, “baby boom” has a new meaning. In 2016, Millennials moved ahead of Baby Boomers as the largest generation ever, not just in raw numbers, but as consumers. Worse news for radio, Millennials are more interested in streaming than traditional radio. I joked earlier about Millennials having their noses pressed against a screen all day long, but it’s really not far from the truth. In that regard, they have become a captive audience for digital marketers, who track every move they make on the internet, using that data to offer them exactly what they want, instantly.

Third, it really isn’t “us vs. them.” Yes, digital marketing spend can mean less radio spend by your clients, but perhaps radio needs a little shot of “if you can’t beat ‘em - join ‘em!” Many stations are already on-board, providing narrow-focus streaming stations, providing original and curated content that their listeners want to see and hear on their websites and social media pages, and all of that is a good start. What’s missing is true data collection and analysis, truly engaging with listeners and clients on every step of their journey with the station, and using the feedback to improve the experience for them. This is what digital marketing does very well, but those same tools are readily available for any radio station to take advantage of. Hubspot, Sprout, and many others give you the power to make your data work for you, and in many cases, automate the process.

If I hear one more person tell me that “radio is dying,” I might lose it. Been there, heard that, hasn’t happened yet, and I doubt it’s going to. Radio simply needs to evolve, and embrace new ways of applying techniques that it has been using for years, to entice those Millennials to consider radio as a viable media source for their lifestyles - and convince clients that Millennials are indeed listening, with spendable income jingling in their pockets, all backed with big data. It might sound like Science Fiction, but then, I still believe jetpacks will be available at Target in a couple of years.