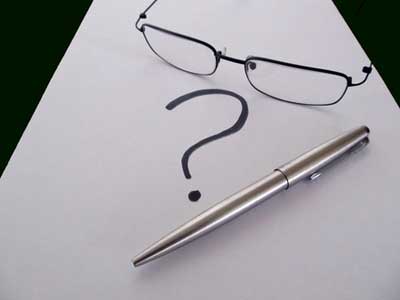 Beginnings are hard, let’s all agree on that. There, now that we’ve gotten past that nastiness, we can proceed, right? The problem is, that’s really not much of a beginning. I mean, all I did was express a questionable opinion, then try to force you to agree with me. Hardly a compelling start, now, is it?

Now, if I began, “If this opening line doesn’t get you to read my entire column, I’ll shoot myself,” it might entice you to at least consider trudging on to my final word, every human life being precious and all. On the other hand, you might be as jaded as I am, and after “hearing it all,” you’d be convinced that it was only a pathetic cry for a sympathy read (and you might have a point).

Perhaps I COULD convince you that beginnings are important, if I had the expert opinion of a real writer... oh wait, I do. Master story-crafter Stephen King spent an entire interview in The Atlantic analyzing the importance of beginnings. He claimed that he spends “Months and Even Years” writing his openings:

When I'm starting a book, I compose in bed before I go to sleep. I will lie there in the dark and think. I'll try to write a paragraph. An opening paragraph. And over a period of weeks and months and even years, I'll word and reword it until I'm happy with what I've got. If I can get that first paragraph right, I'll know I can do the book.

And while Mr. King may not give all the credit for the success of his books on his opening lines:

A book won't stand or fall on the very first line of prose -- the story has got to be there, and that's the real work. And yet a really good first line can do so much to establish that crucial sense of voice -- it's the first thing that acquaints you, that makes you eager, that starts to enlist you for the long haul. So there's incredible power in it, when you say, come in here. You want to know about this. And someone begins to listen.

When the opinion comes from the Master’s keyboard, Beginnings suddenly take on a whole new weight, don’t they? And now perhaps you understand my stand... and my dilemma. If I don’t get the opening few words right, the rest of my sentences might as well not exist, like a tree that falls in the forest without a soul for miles to hear it.

While writing a powerful opening is important for all writing, it’s vital when writing radio promos and commercials. You have seconds… SECONDS to snare your listener. Opening with a weak lob like, “Is your kitchen drab?” is not going to entice me to listen, no matter how damned drab my kitchen is. The same goes for, “Listen beginning Friday afternoon for a Coldplay weekend!” Brrrrrrrr! At their most basic, copy openings should be both enticing and motivating. Opening with a question gives the listener an invitation to mentally respond with “no,” then tune out. Opening with a weak offer invites the listener to say, “oh HELL no,” and turn the dial.

It could be argued that a kitchen remodeling company is drawing on a specific client (that poor drab kitchen owner), and that the opening mentioned above puts a bullseye on that target… the same could be said of the 2 Coldplay fans your station might have. It’s a lazy trap to fall into. Every word that hits the air is an opportunity to motivate your entire audience - hell, that’s why these people are buying ads on your station in the first place! IF the opening of your commercial/promo is both enticing and motivating, maybe more of your audience will listen to the entire ad/promo, and who knows where it might lead? They might decide that THEIR kitchen could be considered drab too, and call your client for a consultation. Hell, be enticing enough, they might even sit through a Coldplay weekend… sorry. Now I’m talking crazy…

What would I do with the open to that kitchen remodeling ad? First, I’d think about who I’m talking to, both the “obviously drab” and the “could be drab.” A little research and I know that, while more and more men are turning into weekend warrior chefs, women are still the boss in the kitchen… and make the call on any remodeling that’s going to be done. Now, I’m not going to presume that I know how to talk to women, but one thing I’ve observed over the years is that women like to share secrets with each other. So, what if the ad opens with a woman making a confession?

Female: Keep this between us, but I’ve been having an affair. On my kitchen…

The woman could go on to talk about spending more and more time with her neighbors kitchen, remodeled by XZY Kitchens… it started with coffee in the morning, moved on to making an entire dinner on their beautiful new gas stove top, I don’t know. The point is, the opening is now titillating and intriguing… everyone wants to listen to a secret, especially if it sounds a little naughty.

There’s no real magic bullet for openings, but if there’s one rule that you can safely follow when writing any opening, it’s this: don’t be boring. I think it’s good advice. It’s tough to say, endings are so hard.