Benztown To Acquire 50% of Alien Imaging 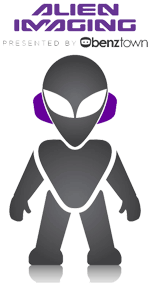 Alien Imaging launched in 2002 as a boutique Radio Sound Design shop by Jeff Schmidt, an 18-year Major Market Radio Imaging Creative Director and Video Game Sound Designer. Since 2002, Jeff has created 12 Alien Imaging FX libraries containing over 4500 individual sounds. Alien Imaging libraries have been purchased by stations in every major U.S. market, as well as by hundreds of radio stations and independent production houses the world over.

Benztown President Dave “Chachi” Denes said: “We are fired up to be partnering with Jeff. He’s an icon amongst Imaging Directors and his sound design truly is out of this world! (No pun intended). Offering Jeff’s brilliant new AI FX will be welcome news to current Benztown and Alien Imaging customers. The quality, and creativity of these 300+ new sounds, paired with Alien Imaging’s outstanding back catalogues, will enhance our existing Benztown production libraries and make stations sound incredible, regardless of format or market size.”

Alien Imaging President Jeff Schmidt said: “The Alien doesn’t speak human. He communicates only in strange and wonderful sounds we happen to find useful for Radio Imaging. On this epic partnership he said “Zzzip Visssivvv Epipipipi wap ap ap ap!”  Which loosely translates to “Benztown Rules - others drool. Now hold still while I download your brain”. I am thrilled to partner with the inspiring and insanely talented people at Benztown.”

For more information and to get Alien Imaging’s new audio package in your market, visit www.benztown.com/alienimaging or www.Alien-Imaging.com or contact Masa Patterson at Benztown at or (818) 842-4600.

October 01, 2013 6134
by Steve Cunningham One of my most prized audio tools is not a vintage microphone or a boutique preamp. It’s a bit of software, albeit a very complex bit of software, that comes courtesy of the boffins at iZotope. We took a...
Read More...
© 1988 - 2022 Radio And Production, LLC
Go to Top