by Trent Rentsch
New year, new beginnings. I buy into the sentiment every January. Every New Year I find myself diving headfirst into some new hobby, activity, or project, some successful, others, a disappointment. For instance, the workout commitment I made a couple of years ago has actually stuck (I know… who knew?), but the push to become proficient at 3D animation software has never taken, no matter how many times I’ve watched the first tutorial and a half on using Blender. Doing the math, the stalled attempts far outweigh the victories over the years, but it doesn’t keep me from a fresh start at, something, year after year. 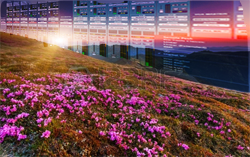 I decided earlier this fall that 2015 would be “The Year of the New DAW.” Yes, I already have several, each with unique strengths and weaknesses, but I’ve been feeling that there must be a solution that’s more, me.

I get more audio propaganda in a week from various companies than the average person could absorb in a lifetime; it all becomes a blur of “YOU NEED THIS,” so I knew I had to avoid the Spin Doctors and eye candy and go to those I really trust for audio gear advice… those who actually use it. God bless my Facebook Friends… I asked, they answered.

Here’s the question I proposed: “Question for you… PC DAW’s. I’m running Pro Tools HD on my Mac, but I want to add a PC solution for my laptop… something that plays well with VST synth/effects plug-ins. I’ve used Audition in the past; it was picky about what it would let me load when it came to synth plug-ins, although I loved it for editing. I used FL Studio and Reason for my noisy little music projects, but FL makes recording real world audio cumbersome, and Reason doesn’t play with outside plug-ins. Yes, I could go with Pro Tools for PC, but I really want to try something new. Reaper? Cakewalk? Thoughts?”

People certainly did have thoughts. There were the impractical (read: smart ass) thoughts; these are my Friends, after all… Tommie Lee posted a pic of a Tascam 4-track reel-to-reel, and Efrain Gonzalez offered a “Hello Kitty” karaoke system. But I also received some thoughtful, passionate thoughts, such as this one from D Peter Maus:One of the most interesting, and intuitive, drag and drop DAW’s is Studio One by Presonus. Connects up to nearly any hardware, and it’s literally, drag and drop. You can do things the old fashioned way, but, once you get the hang of it, Studio One really moves quickly, and smoothly. With exceptional results. It comes in multiple levels, but none of them are hobbled like other DAWs to force an upgrade. You pick the level you need, and it comes to you, complete. Fully formed. And ready for production. I use it when I’m producing music. Like moving from Windows to Mac, it takes some getting used to, but it’s a DAW for artists and producers who are interested in the finished product, not the process, so you don’t have to be a technician to operate it. You can just be an artist with an idea to produce. That said, if you ARE a technician, you’ll find it among the easiest to use, most powerful DAWs you’ve ever seen.

Emmit Andrews didn’t seem to be a fan of my movement from Pro Tools: Cubase is pretty hard to beat for this, though I hear Reaper is good too. I mostly just stick with Pro Tools for this.

Then Marcus McBride brought up a DAW I tend to think of as a live production solution, mostly because of the name (yes, I can be that linear): Ableton Live plays very well with VST plug-ins. I’ve used it for about a decade now and it has rarely given me much in the way of headaches.

The big winner, by far, was Reaper. Craig Jackman wrote: We did an album on Reaper. Works well. Steep learning curve. Played well with synths. Nick Draeger is also a fan: Reaper. Seriously. It’ll play nicely with all of your plugs, and will be the most lightweight on your machine (especially for a laptop.) And Kiss Gabor, a fellow multiple DAW user, made it 3 for Reaper: I use logic pro and Reaper on my Mac turns. The Reaper is a very useful tool.

So, which DAW software will suck me in this year? Who knows? Before you start ripping up this magazine, bear with me. If there’s one thing I’ve realized after working with Creatives over the years, it’s this… to be truly Creative means you’ll never end your search for new, unique tools that expand your Creative vocabulary; that take your work to new places you never imagined. New year, new beginnings… we’re only here long enough to remain beginners, after all.

Trent Creates words, voices, audio and music. His professional home is Krash Creative Solutions. You can contact him at: .

January 01, 2009 8038
by Steve Cunningham Having recently checked in with two of our favorite Sony products, Vegas 8 and SoundForge 9, I thought it time that we check in on Sony’s Acid product, which has recently arrived at version 7. A percent-off...
Read More...
© 1988 - 2022 Radio And Production, LLC
Go to Top