Do You Remember Your First Spot Ever? 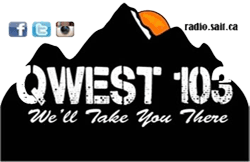 Hockey players save the puck when they score their first goal. Football players save their first touchdown ball. But do you still have your first commercial? Do you even remember it? Or even who the client was? Likely, the answer is sadly… no. It was probably just a voice over music, single voice commercial. But even if we can’t remember that first spot, I bet you do remember one of the first “creative” spots you produced. Maybe you still have THAT one somewhere. And you probably remember the first spot or promo that wowed you on the RAP Soundstage or RAP CD, or even the RAP Cassette. It hit you like a ton of bricks and you said “How the hell did they do THAT?” And then you immediately tried to replicate it.

I remember mine! It was about 20+ years ago, and it TOTALLY changed me. It was a Beatles promo (and I HATE the Beatles… sorry to all you Beatles fans). It was a 60 second promo that edited about 20-25 Beatles songs together, short clips from their most recognizable songs. Hardly any copy, until the piano note from “Day in the Life” ended it with a few short lines about a Beatles hour on a station. I listened to that thing over and over incessantly (might be the reason I hate the Beatles). It was produced impeccably. I knew right then, production was for me. Then… I had to re-create it. It took me days to complete it. I learned a TON from trying to do what he had done. (I wish I could remember the producer’s name).I had to do that Beatles Promo on a 4 track reel-to-reel (it’s all we had in my studio back then), but I learned a ton about bouncing tracks, track management, and timing.

[Editor’s note: we found the promo Richard was referring to. It was done by Steve Hunt, 25 years ago and featured on the November 1990 RAP Cassette. We have added it to this month’s Soundstage. After sending it to Richard to hear again after 25 years, he said, “Now that I hear it again, I just might have to try and reproduce it digitally.” J]

I’ve always believed (and I still teach this to my students) that you start off producing audio like playing a guitar. You learn the basics, and practice those over and over. You learn as you do more and try to get faster. You start doing simple projects, and move the difficulty up as you get better. Then (just like with a guitar) you find someone you admire and start to “Imitate” what they’re doing. Note for note, sound for sound. You follow their road map and learn while you’re doing it. The next step is “Assimilate”. Taking the influences, techniques and skills you learned, until it starts to become second nature.  And the final step is “Innovate”. You start to develop your own style, your vision. You become the one that people begin to imitate. This process doesn’t happen overnight though. In fact, it can take months to take the step from Imitate to Assimilate, and it always takes longer to reach the Innovate step.

I teach broadcasting at a school in Canada, and I get to hear my student’s very first spot ever -- before they even start to think about imitating. They are raw rookies, just learning how to walk. We start off slow. It is generally a spot with supplied copy and a supplied bed. Nothing fancy really, just teaching them the basics of how to record into Audition. How to playback, edit. Then we move to learning about music to voice level, proper microphone placement, acceptable audio levels, etc. (We all gotta start somewhere right?) But it is their first chance, for most, to step behind a mic and begin the journey of what might lead to a life of doing this as a career. For some, it is a life changing event. It becomes their “audio” video game, instead of Call of Duty or Grand Theft Auto. They spend hours on a project, forgetting to eat or even delay going to the bathroom (sounds familiar to most of you?). The students become super engaged with this project, and I know from that moment whether they “really want” it.

After listening to well over 500 of my student’s first spots, I gotta be honest, I rarely remember any one individual student’s commercial for very long… until this week! This commercial is Devon Simmons’ first spot. This is the very first thing he has ever put together. Instead of taking the usual “buffet at a restaurant” script, he asked if he could pick his own script to voice and produce. I said “sure, why not?” He found something on YouTube, then went and grabbed a different bed and even used a character voice instead of just reading it as himself. Not only is his basic production (voice/music balance, editing, levels, recording, mic placement) bang on, he gives it a great read, with comedic timing, inflection, EVERYTHING! I know my first spot (or even the first 1000) were not this memorable. Sad thing about this story… he is going into the TV option of our Radio, Television and Broadcast News program. Oh well! You can’t win ‘em all.

Have a good month everyone!

Richard Stroobant is an Instructor for the Radio, Television, Broadcast News Program at SAIT Polytechnic. He is also on the SAIT Board of Governors and the BEAC Board of Directors. He welcomes your correspondence at .

March 01, 2002 6872
by Steve Cunningham I like shareware software in general, and not because it’s inexpensive (although it usually is). No, I like it because it’s often the product of one or two manic programmers who, because they couldn’t find a...
Read More...
© 1988 - 2023 Radio And Production, LLC
Go to Top