The Monday Morning Memo: The Big Secret of Great Ads

I should begin with an apology, I suppose, because the secret of great advertising, the secret to great wealth, the secret of status and stature and your name on the lips of all the beautiful people is actually a wee bit disappointing. 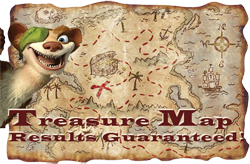 The reason the big secret is such a letdown is that you already know it.

The secret of great advertising is that you must find something to say that your customer would be happy to hear.

You knew this, of course, but most advertisers don't. If they did, our eyes and ears would not be so continually assaulted with such excruciating drivel.

And this goes double for newscasters.

Plato was obviously thinking about advertisers and newscasters in 372 BC when he said,

Ad strategy is more difficult to teach than ad copy.

Strategy is determining what a customer would like to hear.

Copy is deciding how best to say it.

Impact in advertising is 80 percent strategy, 20 percent copy. This makes it nearly impossible for good copy to compensate for weak strategy.

We create advertising failure when we pretend that creativity can overcome the fact that we really have nothing to say.

Morris Hite said it sharply enough to pop a balloon:

"If an ad campaign is built around a weak idea - or as is so often the case, no idea at all - I don't give a damn how good the execution is, it's going to fail. If you have a good selling idea, your secretary can write your ad for you."

Even more annoying than advertisers and newscasters who have nothing to say are those smug and confident little weasels who preach with passion that the secret of successful advertising is to find the secret media that reaches the RIGHT CUSTOMER. In effect, the weasels are selling you a treasure map. "The reason you haven't found the treasure," they say, "is because you've been digging in all the wrong places."

But the treasure isn't buried at all. It's in the pockets and purses of everyone you see. And if you offer these people something they'd rather have than their treasure, they'll hand you their treasure with a smile and say "Thank you." And then they'll tell all their friends that they give you some treasure, too.

During the decade when I lived in hotel rooms and spoke about advertising in 50 cities a year, my least favorite moment was when the airplane landed back home in Austin and the ground crew didn't immediately throw open the door. Those minutes waiting for them to open the hatch and revive me to life were a dark and hateful hell for me.

You did not need to know that. I included it only because I thought it would be weird to talk about "my second-least favorite moment" and leave you wondering about my first-least favorite.

But now the mystery is solved, so we can continue.

My second-least favorite moment was when an advertiser would follow me into the bathroom and then casually lean over to say, "Mr. Williams, I'm in the furniture business. How do you suggest I advertise? Is it TV? Is it Radio? Is it the Internet?"

This happened to me a lot more often than you might think.

How would you have answered?