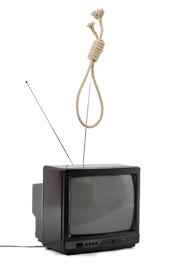 How much should you utilize a pop culture reference in copy? It’s a valid question I often consider when I see or hear commercials containing some obscure pop culture reference. It makes me wonder if the copywriter felt that the reference was so strong that everyone who hears the ad would understand it and relate, and that the reference itself would always be around. Yet, I think that inclusion of a pop culture reference in an ad is a highly risky and often toxic aspect to your commercial. I don’t follow the popular methodology of focusing your message to the “right” audience, or trying to reach the “right” customer. I want everyone to hear my ad, I want everyone to relate to my ad, and I want everyone talking about my ad. To me, whether they will ever be a customer or not, they can serve the same purpose as a mention on social media. After all, the most powerful reference is from someone you know and trust, and if my seventy two year old Dad mentions an ad he thought was interesting or worthy of discussion, you better believe I am going to track it down and want to discover the message for myself.

So is a pop culture reference smart? I think it is a surefire way to seriously narrow your prospective audience and the ad’s impact. Let’s take a show that appears on a channel that has “learning” in its name. This channel has evolved into a platform for “reality” shows. The more outrageous the show it seems, the better it seems to do on this channel. But is the hype and hysteria of the shows and their supposed ratings success really that wonderful. Consider the fact that in 2012 the population of the United States was 313.9 million people. It was determined that 2.9 to 3 million, or roughly 9 to 10% of the population tuned into the aforementioned channel to watch a show about a former child beauty contestant and her family. Forget that the child has yet to ever win a competition or even place in the top 3. You may know that I am referring to the show “Here Comes Honey Boo Boo”. If you have not seen the show, don’t feel left out of the crowd, you aren’t missing much. However, some copywriters think that because 10% of the population tunes in, this makes such a reference a great aspect to a script. Again, I disagree. This essentially runs the risk of making a pop culture reference that 90% of the population will have no idea about. They may have heard about it, but they haven’t watched it. Therefore they have third hand irrelevant knowledge. Would you hire a carpenter to renovate your kitchen who was told by a friend who watched a carpenter how to renovate a kitchen? Does that sound like a smart thing to do? It would be like going to a party that had 10 people in attendance and only one of them knew you. How confident would you feel going around telling inside jokes to the remaining 9 people at the party that have no intimate knowledge of your life and history like the 1 person at the party who does know you? After a time, you are going to become irrelevant to the other 9. All the while you and your one friend are off by yourselves cracking jokes and having fun in context that only the two of you find funny. This is a shallow way to attend a party, and applies perfectly to copywriting as well. Why alienate 90% of your potential customers with a reference only 10% might even grasp or recognize? Who are you writing the commercial for, you or the audience?

This shows a very powerful truth. Far too often, copywriters forget to consider the majority, and write from their own perspective. For you as the copywriter, it makes perfect sense, it is in your wheelhouse; but for the majority of those who will hear or see your ad, it will be gibberish. Now I can already hear the counter argument. “If we put something like this in there, it will force the others to investigate and they will want to become part of the cool kids club.” So essentially you are willing to gamble your client’s profit margin and trust on something that sounds like it is rationalized at your local High School. Not everyone’s curiosity is as vibrant as you have been led to believe. Furthermore, if you make people work to understand your message, your message is already ineffective, but that is for another time.

The trap of placing the profitability of a campaign on ideas and methodologies as risky and immature as slipping in a pop culture reference that will only be recognized by maybe 10% of the audience is exactly what has hurt the credibility of the ad writer. This is why so many clients want to not only voice their commercials, but they insist on editing and rewriting copy that is bland, off message, and only from their perspective. The very thing we often accuse clients of doing when they try to write their own ad, is what so many copywriters are guilty of themselves. This must end, and end now! You must account for the depth of a reference, and the scope of relevancy.

It is high time to keep in mind that copy should be focused only in the area of the message, the brand, or the deal, but what you place around it must be mass appealing, welcoming, and familiar. Your job is to invite people who will know everyone, or at least almost all of the people you have at the party. You must also make sure that you serve the right food, play the right music, and plan the event so that as many of those whom you have invited will show up and have fun. Does that sound like an ad you can write in a matter of minutes? As a copywriter, you are the host moving the mind of the audience through the experience to help them reach the payoff. You know this already, but it has just been clouded by your endless hours updating your wall, feed, or tweets. Does that sentence make sense to you? Did you get the references I am making? I imagine not everyone did, and that is my point. When your guests arrive to the party, it can’t be too difficult for them, and the journey must have been just as fun and exciting as the payoff itself. Bottom line here is ancient wisdom that applies in every situation, when in doubt, leave it out.

After two years of absence I finally found myself in a Dentist’s chair recently. I was informed I have a small cavity in the lower right of my mouth that needs a filling, which when I was told this all I heard was, “we are going to give you a shot in your gums.” Fear, apprehension, and very bad childhood memories occupied my mind immediately. However, I am told that they can use nitrous gas, or “laughing gas” to help ease my anxiety. They tell me I won’t care whether I am getting a shot or not, that it will relax me. Frankly, that has made me even more nervous. It’s not the apprehension I want relaxed, but the pain associated with the puncture of a very thick and round needle being plunged into an area that has so many nerve endings that I will feel it all the way to my toes when they give me the stupid shot. The laughing gas should be what you are trying to apply in the copy surrounding your payoff. If you first write one sentence that is the main idea of the ad, such as patio furniture is 60% off this weekend only, or Spacely Sprockets has the best sprockets, then you should build around that idea with words and language that relax the conscious mind so much they have no idea they are hearing an ad. Thus, the subconscious will hear every word, and after hearing the message just over 3 times but less than 5, they will respond. The copy should be as powerful as laughing gas, fun, engaging, and relevant to as many who hear the ad as possible. An inadvertent pop culture reference, ridiculous sound effect, obtrusive music, or an over the top insincere read by a guy trying to sound like a movie trailer will come across as powerful as a shot at the dentist without any anesthetic or laughing gas. The pain will be felt in both the audience, and the checkbook of your client.

If you have ever had laughing gas and it made your filling experience at the dentist more bearable and less painful, I would like to hear from you. I am not afraid to admit I am a huge chicken when it comes to dentists and needles. If you had a bad experience with laughing gas, please spare your response. Ignorance is bliss. I’ll let you know how it goes. I am due to have the procedure in mid-July. Which is going to make life for the remainder of May, all of June, and half of July very nerve wracking. I wish the Dentist had just filled the tooth the same day, much like I wish some of these ads would just get to the message and stop trying to be hip. And please, stop watching “Here Comes Honey Boo Boo”.