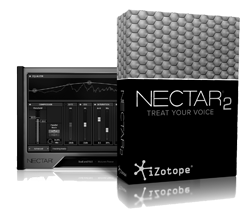 The popularity of all-in-one plug-ins continues to increase, as more manufacturers repackage and re-skin what they previously sold as individual plug-ins into a single product. Many simply toss some marketing-speak on the “new” creation to give it a unique profile, and then sell the daylights out of it for very specific applications. Unfortunately many of these have little to recommend them, save the fact that the resulting combo product actually costs less than if one bought the individual plug-ins that comprise it. Of course, one can always collect the requisite individual plug-ins for a particular job, but while this strategy allows maximum flexibility, it can also lead to a power-hungry track that saps CPU cycles with too-many plugs on inserts.

However, some of the manufacturers do get it right by combining complimentary, customized components into a single combo plug that makes proper sense for its proposed application. One of the best of these is iZotope’s Nectar Vocal Processor plug-in (see the February 2011 issue of RAP). Recently the company released version 2 of this vocal workhorse, and in the process made some worthwhile changes to what fits where. Moreover, Nectar 2 is more appropriate for voice actors now than was the previous version, for reasons that will shortly become obvious. Let’s take a look.

A NEW VERSION PLUS ONE

Nectar 2 is a multi-function vocal processor, and comes in a cross-platform plug-in that works in RTAS, AudioSuite, VST2, VST3, Audio Unit and AAX formats, including the 64-bit AAX protocol used by Pro Tools 11. Nectar 2 can be authorized online, or to the iLok2 USB dongle (of course, the kids like to call these thingies “keys”). Nectar 2 is sold directly by iZotope from the company’s website, so Nectar 2 is one of those products that will appeal to the “immediate gratification” crowd. One can hit the Buy button and have the product installed in a matter of minutes.

With version 2, iZotope has bifurcated Nectar to create an additional, upscale option. Nectar 2 Standard, like the original plug-in, contains 11 separate processing sections, but the processor palette has been changed slightly, and now consists of Harmony, Plate Reverb, FX, Pitch, Delay, De-Esser, Saturation, Compressors, Gate, EQ and Limiter. In the new Production Suite version, these functions are joined by two separate plug-ins which, while adding $70 to the retail price, are well worth the extra dinero over the Standard version. One of these separates is based on what I thought was a highlight of the previous version; namely, the section of the original plug-in that dealt with controlling the level of breaths. The second new separate plug-in, while not as useful in VO work, still has value and specializes in offline pitch editing and correction.

October 01, 2012 5707
by Steve Cunningham While summer is nearly done, the very hot season is in full swing here on the southern part of the Left Coast. This is the time when your humble scribe likes to survey the landscape in search of new goodies...
Read More...
© 1988 - 2022 Radio And Production, LLC
Go to Top