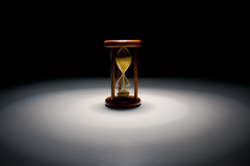 This is a sad, frustrating story about people who wouldn’t adapt to a changing world. Like many dramas, it has its share of incompetence, greed and opportunities lost.

Amid incontrovertible evidence that radio is losing both listeners and time spent listening to virtually every other audio/visual medium in the world, rumors abound that the most sacrosanct of all listening environments, forever the exclusive province of AM/FM and now satellite, the automobile may become competitive in the not-too-distant future. World of hurt doesn’t begin to describe this. Try Celine Dion opening a new biker bar in Idaho.

Youth listening is at the crux of a highly scary scenario that would vanquish radio from its monopoly on the world’s most captive listening environment. The idea is that the AM/FM bands would be jettisoned or augmented with all the popular music websites. Pandora, Spotify and Grooveshark are about to get some big-time company from Google and Apple. The battle for your ears is coming, and radio sounds like a 78 record in a THX theatre.

Where did radio go so wrong? Why do the vast majority of private research and our gut instinct tell us that young listeners don’t much care for radio? Is it the proliferation of music content that is free or very low cost and tailored to the preferences of the listeners or users? Certainly that is what the losers want to believe. Not our fault. We fought a brilliant battle, but how could we beat technology and the ability of users to avoid commercials and hear what they want pretty much on demand?

True as far as it goes. But radio has suffered from incompetence and greed for a very long time. Visionaries need not apply. Formats born almost exclusively in the 60s and 70s. No R & D. Shrinking talent budgets. The same old leaders who haven’t had an original idea or the courage to implement it since George Bush, Sr. was in the White House. Take the money. Don’t think beyond the next quarter. Why don’t the listeners tell us what to do? Not that we would listen, but there is always a chance.

Guess what? Youthful listeners did tell you over and over again in the most obvious possible ways. They voted with their ears and their money. For the last several years, their time spent listening to and buying Electronic Dance Music has grown geometrically. They made it the choice of their computers, smartphones and pads. They made it the fastest (and virtually only) growing genre of music sales. They went to concerts. Indeed, some of the biggest festivals and shows in the world are EDM. Crowds of over 100,000 are not uncommon.

But you would absolutely never know it if you listen to AM/FM radio. Yes, there are a few shows on the weekends and a whopping total of five stations monitored by Billboard. There are 11,293 AM/FM stations in the US. At this rate of growth, supply will catch up with demand when Justin Bieber’s unborn son becomes a scoutmaster.

One of the only full-time EDM stations was in Denver at KDHT. It has a terrible signal and switched to Jack-FM within a few months. Proof positive that radio has given EDM a full chance for success. Just ask Skrillex or Tiesto or Deadmau5, who, according to Forbes, each pull down a million dollars for a four hour plus show at an outdoor music festival. Or check out YouTube, where the Grammy winning dance song of 2012, Skrillex’s Bangarang, has a mere 175 million hits while virtually never being played on radio. And EDM has many different sub genres, from dubstep to trance to house to keep it diverse. The bonus is that this genre has quite a few adherents who are well beyond the youth demo.

It’s hard to comprehend radio’s issues here. There is the love affair with older audiences. There is the certainty that dancing and trancing are temporary fads and not appropriate as a format for radio. It’s just a bunch of whacked out teenagers dropping ecstasy and listening to music that doesn’t even have a guitarist. No parallels come to mind with what rock music was in the 1960s with marijuana.

But the ship has sailed on this opportunity. Young listeners know that radio is all about country and classic rock and pop ballads and “playing what we want.” It is about their parents and their grandparents and radio executives who can spot an obvious trend at the same warp speed Congress can balance the budget.

So if the big, bad internet boys (who are well aware of and support electronic dance music) take over your car and the AM/FM band monopoly is just a trivia question, you can ponder this. What if the Beatles and Pink Floyd had come along 45 years later and been EDM artists? Maybe they have. But radio was so busy playing the hits from 40 years ago that it turned away its most critical audience on the road to the final countdown.

March 01, 1994 2646
Larry Homuth, Owner/Operator, Ad-Lab Creative Chemistry, Fargo, North Dakota by Jerry Vigil For many, the idea of leaving the radio station and starting your own production company is but a distant dream. Others hold on to the...
Read More...
© 1988 - 2022 Radio And Production, LLC
Go to Top