Five Phrases We Could Do Without In Radio 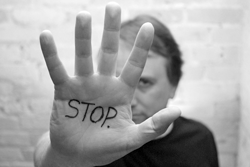 This isn’t another article complaining about “Helpful Friendly Staff” or “our experience makes the Difference”... though those are worth some complaining.... No, this article is about some other ones. In fact, you might be okay with a couple of these tired phrases. One radio colleague told me one of these phrases was his “go to” when he couldn’t think of anything better. Well, these days, we need to always think of something better.

Sometimes we can make our stations sound better just by making a few small changes. Here are five phrases you might want to think twice about using.

5. “For the month of” If the next word in that statement is the name of a month, doesn’t it seem a bit redundant? You wouldn’t say “For the Year of 2012”... though that is kind of funny if you were doing a commercial read by aliens. But I digress. Also, for the month of November, sounds like a limitation… as opposed to “All November” which sounds more like a benefit, and it’s shorter!

4. “It’s the first Annual” There is no such thing. It can be the first, or the first ever, but it can’t be an “Annual” until a year has passed, and then, we celebrate the Second Annual. “Yeah Jim, but if we call it a first annual, then people will know that we plan to do it every year”. Maybe, but you won’t if it’s a total bust, so why give them a chance to say, ‘nah, I’ll go next year’. If it’s the First ever, then it sounds more exciting anyway. People like to be the first don’t they?

3. “Cue to Call” Though a listener could kind of figure it out, this is really radio jargon. We ask car dealers not to use all the goofy terms and phrases they want to use in their commercials, (like freight and PDI and using the word product to describe their vehicles)... and then we use our own goofy terms that regular people don’t understand. I remember hearing an announcer say “Listen for the sounder coming up -- that’s your cue to call” -- facepalm. I’m more a fan of promos that go “Listen for this” and then play part of the... call-getter... before the phone number comes in. The other option is to say “you could to win...” then either give the time(s) they can win, or say it could happen at any time. That depends on the patience of your listeners. People like to hear about themselves winning.

2. “Don’t Forget” This is a negative image. If we’re in the business of putting pictures into listener’s minds, then Don’t Forget gives us an image of someone forgetting. The best example I ever heard was a mother talking to her toddler “Don’t drop your glass”, she said. What image does the toddler get in his/her head? A picture of dropping the glass. But if Mom said, “Hold on to that glass with both hands”, then the toddler pictures him/herself holding onto that glass tightly. So instead of “Don’t Forget about this Friday’s sales event”, use “Remember, you’re saving up to 70 per cent this Friday!”

1. Client - “Wants you to ______” That’s the easy way to write it. I’ll go as far as to say, that’s the lazy way to write it. Because really who cares what the client wants you to do. Aren’t we in the business of talking about benefits and results? Instead of “Ernie’s Shoe Store wants you to put your best foot forward, and maybe win shoes for a year”, shy not flip that around? “You could win free shoes for a year at Ernie’s Shoe Store!”

July 01, 2008 6831
by Steve Cunningham With the contentious primaries winding down and the even more contentious election campaigns cranking up, it seemed like a good time to stop reading about politics and go looking for some new plug-ins to...
Read More...
© 1988 - 2023 Radio And Production, LLC
Go to Top