"...And Make It Real Creative!": Heads and Tails

I usually try to stick to one topic per column, but I’ve had two thoughts fighting their way to get out. So, since flipping a coin would make too much sense, this month I’d like to talk to you about both of them… 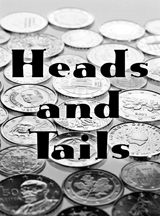 Heads: Many Departments, One Page

Them: Ahh… yeah. In Europe somewhere. Can’t remember, we were on that tour…

Them: Nothing really sticks out. I wanted to try their goulash… I mean, it should be authentic there, right?

Them: Oh… well, sure. Since you’ve been talking about it, I know this great Hungarian restaurant…

In casual conversation, kind of funny. When you’re trying to work on a project with someone, not so much. Yet it seems like many stations are set up so that each department, though they’re talking about the same thing, are speaking a different language. Example… at a friend’s station, the folks in Continuity and Traffic call the number a commercial is labeled with, a “spot code.” Production calls it a “cart number.” And Sales calls it “that thing we ran for XYZ Sports in rotation sometime last fall.”

Here’s an even more frustrating example. Sales goes to a marketing seminar. They are told during the seminar that the “perfect commercial” needs to be “ABC” to be effective. The Production staff, who was not sent to the seminar, gets an order and creates a spot using the formula “123.” Sales kicks it back, without any explanation other than saying it HAS to be “ABC.” Soon, more orders come in, Production makes them “123” and gets more demands for revisions to “ABC.” Production tries to explain that “123” has been quite successful for a long time, but Sales insists that it’s wrong, and… well, the rest isn’t pretty.

To be successful, a station needs to break down the imaginary walls, and a great first step is eliminating the “language barriers.” Terminology should be consistent through the entire building, and information that impacts more than one department must be available to ALL departments it touches. If everyone is on the same page, it just makes sense that work will get done faster and more efficiently.

For crying out loud, we’re in the communications industry! We SHOULD be able to communicate effectively. Start today… perhaps over lunch. How about a nice goulash…

I’m not sure where this idea of endlessly repeating a client’s phone number in an ad began. It’s possible that the client read some marketing book and learned about the “advertising rule of 3” and decided that, since the listener “had” to remember their phone number, it must be read 3 times… 4 or 5, for good measure. Ahh, the dangers of a little information…

There are sound psychological studies that back up the power of retention by exposing the mind to a piece of information 3 times, but in crafting a radio commercial, there is only so much real estate, and the advertiser needs to carefully consider what’s vital for the listener to retain… and what’s not.

If a business is telephone-based, by all means, that phone number is important (but even then, there’s a right way and a wrong way to feed it to the listener; more on that in a moment)! But for the average retailer who wants to get people into their store, does it really make sense to waste time pushing a phone number? I don’t think so.

Here’s what happens. A client insists that their name and phone number is read 3 or 4 times, along with their street address, web address and Facebook page. That’s about :30 seconds of information, before you have said anything about their business to entice people into their store! So, Production reads it faster… and then time-compresses that. By the time the commercial hits the air, the information flies by so fast that, even if you had the listeners undivided attention, they will not retain ANY of it… oh, and good luck getting their undivided attention when the spot is just a speeding blur of noise! Not exactly a good use of one’s advertising dollar.

For the average retail advertiser, the demand for a phone number in their spot is a waste of advertising time, especially when you consider that most people have 411 in the palm (or iPhone) of their hands these days. For those advertisers, that time would be better used focusing the compelling, unique message that will get customers through the door.

For those phone-based advertisers that need to get their number into the noggin of a listener, I’m going to suggest that it if is that important, it needs to be treated that way. It needs to be included as an important element, not as a tag to an already over-written script. An effective way to do this is to sing the number… yep, I said sing it. If the tune is catchy/memorable, and the numbers fit the tune, it can stick. If you live in an area that runs spots for Empire Carpet, you know what I mean… they sing the number in the jingle once at the end, but after hearing it a few times, it sticks. The greatest jingle ever? If you’re judging music quality, probably not, but as an effective way to get a phone number to stick, most definitely.

So there you go, both sides of the coin. It’s good to get them off my chest. In fact, it’s cause for celebration… what’s the number of that Hungarian take-out place again...?

October 02, 1992 7194
by Jerry Vigil For most people in radio production, digital workstations are nothing more than nice pictures in the trades, hopes for a brighter future (probably at another station), or maybe a passing promise from management to...
Read More...
© 1988 - 2022 Radio And Production, LLC
Go to Top