As an only child for the first 14 years of my life, I suppose it was inevitable that I was going to be spoiled. So while there were threats of coal in my stocking if I wasn’t good before Christmas, deep down I knew Santa wasn’t going to let me down. He never did; probably, at times, to a fault. Yep, spoiled little brat, looking back on it. But I noticed something else during my trip in the “Wayback Machine.” The few gifts that were labeled from my parents generally had, not the latest Hot Wheels track I’d begged Santa for, but things I really needed -- socks, shirts, mittens -- all that stuff you unwrap, mumble a quick thank you for, and shove aside as you rip into the next box. But then, a funny thing would happen. Of all the presents that I was over-indulged with, guess which ones got the most use? That’s right, the ones I never asked for; the ones I really needed. 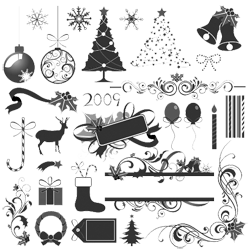 If I’m completely honest with myself, I never stopped being spoiled. Despite some dark unemployed moments, I’ve always landed in great places, working with amazing, talented people and good tools. Have there been things on my “wish list?” Of course, but at some point the spoiled brat grew up (a bit), and noticed the difference between “want” and “need,” and how to make use of the needs that were given to him.

“Want” versus “Need.” It’s a powerful distinction. If my home studio microphone is broken, I say, “I need a new microphone,” but in my head is a vision of a Neumann TLM 103. Considering cost, my budget, and the wide range of good quality, more affordable mics out there, is the Neumann what I really “need?”

Here’s a more important example. A production order lands on your desk. On it is the name of a client; let’s say “Bill’s Place.” You are also given an address and phone number, and asked to make a 60 second commercial with “two voices.” That’s it… that’s all. At this point, do you simply “want” more information? And if this isn’t the first time this week this has happened to you, isn’t there an even more important “need” here?

Many of the people I talk to who are unhappy with their current Creative position have a laundry list of reasons to be upset, but most haven’t taken the time to rationally examine the list before jumping to the conclusion that their job “sucks” and they need to move on. These people seem to jump from job to job on a fairly regular schedule. Perhaps if they took the time to separate their needs from their wants, they wouldn’t NEED to keep job-hopping.

Of course, narrowing down the distinction between the two is only one part of the puzzle. As I mentioned earlier, when you find out what you really need to make your job easier (and you happier), you might find some issues that are barring you from getting what you need. Maybe it’s a lack of communication between Creative and Sales, or perhaps it’s a lack of scheduled production times so everyone can get their work done, or it could be that it’s something as simple as a kinked mic cord that shorts out at the worst possible times. Whatever it is that you need… you need to talk to the right people, the right way, to get it fixed. Yelling and whining is only going to get you the reputation of “always wanting something.” Clearly and precisely pointing out how solving your need can improve workflow, save time, and enhance the station’s ability to make money, will go a lot further when you’re trying to get what you need.

Ok, I suppose so far I’ve been coming across as a Scrooge, telling you to separate your wants from your needs, and going after only the needs, like your wants are nothing more than the whiny desires of a spoiled child. That would be hypocritical of me… and, it would be wrong. There’s nothing wrong with wanting something that you don’t actually need. The Neumann I mentioned earlier is a good example. Someday I want one for my home studio, that’s a fact. It’s also a fact that it would be a high quality upgrade that would improve the sound of my voice-overs, which could mean bigger and better freelance gigs. That is a perfectly acceptable want… as long as I use it as a goal, to do what I must with my current tools to make it happen. And here’s the cool part… in an effort to get the best performance out of my current tools (and myself) to increase business to make that goal, it turns out that I not only didn’t need the Neumann, I didn’t want to spend the additional revenue on it, because I already had everything I needed.

Most of us already have plenty of toys. Perhaps the best gift of all this holiday season is to find ways to use what we have to accomplish what we really need.

May 01, 2014 2059
Tim Burt, Commercial Production Director, KYKY-FM & KEZK-FM, and "Commercial Professor", St. Louis, MO Tired of producing boring, ineffective commercial scripts that come from your clients and/or salespeople? There is something...
Read More...
© 1988 - 2022 Radio And Production, LLC
Go to Top