I sit here today typing with heavy heart. First, as many of you know, Don LaFontaine, the man who all but invented the modern movie trailer, passed away in September. Then a week later, I learned about a loss of one of my local heroes, Tom Quarles (TQ). I bring Tom up because there was one thing that he believed was the highest art form in our business, the movie trailer. TQ found just as much joy in the release of a new trailer, as some do for the actual opening night of the movie. Originally this was going to be transcript of a conversation I had with LaFontaine about a year and a half ago, but I think the true title and emphasis of this piece should be… “Find your voice.” 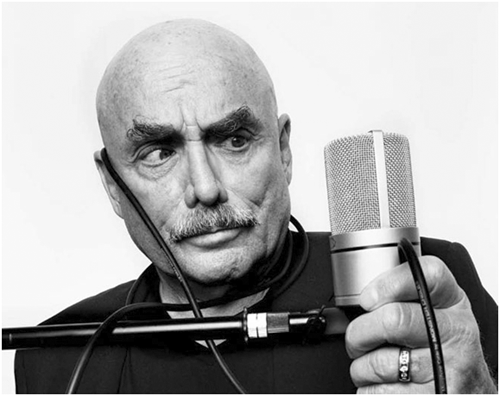 I count myself lucky to actually have done two things. One, the hour audience with Don LaFontaine via ISDN for a book idea I am writing. Two, to have worked side by side in the same market as competitors with Tom Quarles, me at Emmis and he at Clear Channel. Both of these two experiences in recent days, and the recent passing of both of these fellow voice and production professionals, have given me pause. A chance to stop and smell the roses. To reflect on what the hell we are doing here, and what impact all of us in our daily lives have on other people around us. 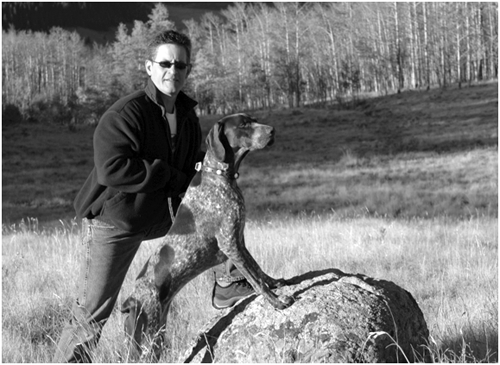 Did you know that somewhere right now, there is someone that looks up to you? You are their hero. No really. I don’t care where you are, or what market size you’re in. I don’t care how unimportant you think the smallest gesture you may do today is, it will have a ripple effect that will bounce well beyond the audio pond you are swimming in right now. Remember that. I know what you’re thinking, deep thoughts from a guy that’s saddened and needs to vent. No, I want to you to stop and look at your calendar. Who do you have coming in for a session? A client? Super-serve that client and watch what happens down the road. Go above for that read or promo your about to cut. Don’t just blindly go through your daily lives in the studio stuck in a rut. What we do can and should have impact. You can affect change in people, for the better or worse. I prefer it be the better. Make a difference in someone’s life today.

If you listen to the clip I sent for this (November) issue of RAP, you’ll hear a bit that I gleaned from the interview with Don LaFontaine. Listen to it, as it pretty much sums up the book I am attempting to write. The basic idea is NOT a roadmap on how to get INTO the voice business, as much as it is stories behind some of the characters that make up industry and how THEY got into VO. To date, I have had the opportunity to chat with Don LaFontaine, (…In a World!) Tom Bodett, (Motel 6), Bill Rattner (ABC/Disney), Peter Thomas (Forensic Files), and scheduled during the writing of this article, Tom Kane (Wall-E trailer voice, Yoda). Every time I ask one of these legends to chat and what the book is about, they quickly jump on board. I’m still not finished. I have a number of female VO talent I am in contact with as well. Much as Don did in his Geico ads that raised the curtain to reveal the person behind the curtain and voice, my book “Me and My Big Mouth, and How it Pays my Mortgage” (last part keeps changing, but that’s the working title) will attempt to show people what we do, why we do it and how we got here. As Tom Bodett told me, you know… “there are many paths to get into and out of a clearing in the woods, you just have to pick one.”

I have also sent a spot that demonstrates the vocal talents and production skills of Tom Quarles. TQ had taken to heart many hours of tutelage of Ted Smith and Tony Schwarts, about the sheer magic that sound can bring, and the words that are chosen to impact and garner a response from the listener, for the ultimate payoff for the client. TQ helped raise the bar on production values in, at least our market, but I think well beyond. He pushed the envelope and everyone to be better producers, voice artists, writers. Pushed all of us to actually care about what we are putting on the air as commercial content with just as much care as a Program Director or consultant would scrutinize a jock, promo or song before they hit the air. That should be all of our charge in Production, or as we call in Sound Design. Just because many of us work in studios with no window to the outside world, doesn’t mean we close off our better judgment. You too have a say of what goes on the air. Care about what you do today. The air quality on your signals is just as fragile as the air outside your radio station. Take care of it.

If you’re in a rut, get out of it. Make a difference today. You’d be surprised how little effort it takes to start that ripple that will eventually circle the globe and bounce right back off of you, hopefully with all the experiences from others you touched along the way. Don LaFontaine was the voice. Tom Quarles found his voice. Both had passion for what they did, and that passion shined through the daily grind we all experience every day. Both have touched my life in a way that can’t be measured.

Find your voice. Find it today. And for heaven sakes… do something good with it!