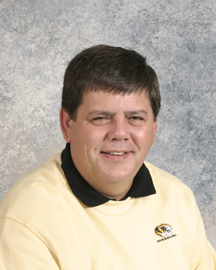 We’ve read many stories in the pages of RAP about Production Directors who make the break from radio to open their own production company or make it full-time in the voice-over business. But we’ve yet to talk to a production guy who made the break and became a station owner! Turn back the pages all the way to 1992, the December issue of RAP, the RAP Interview. Casey Van Allen (real name, Dennis Klautzer) was the Production Director at KMOX in St. Louis at the time. Even then, he had already stepped into station ownership as an investment, but a decade later Casey would leave the comforts of a steady paycheck in corporate radio to actually work at his station – the best decision he ever made, as he recalls. Join us for a remarkable visit with Casey as he treats us to his story and gives us a glimpse of the life of a Production Director turned station owner.

JV: When we last talked with you in 1992, you were the Production Director at KMOX in St. Louis, a powerhouse talk station. And even then, you owned a couple of radio stations. Let’s pick up from there and tell us what’s happened since then.
Casey: Well, back in ’92 we had 101.9 KBMX, which is a station that was in this market here in Osage Beach. That’s where we are now, here in central Missouri in the Lake of the Ozarks. My partner, Ken Kuenzi, and I have been best friends since we’ve been 13 years old, and over the course of time we have owned part of or all of a number of radio stations in the state of Missouri.

I continued to work at CBS/KMOX in St. Louis up until 2001, while at the same time owning these stations and having other people run them. And then one day, after going through all the changes in corporate radio and the change of regimes in the management of KMOX, I said, “You know, I’ve sat here and I’ve help make them a lot of money over the years. It’s time for me to get serious and go do it for myself and not have other people run my businesses.” And it’s turned out to be really the best decision I ever made. I guess it was scary at the same time. When the decision was made, I was driving in downtown St. Louis in terrible rush hour traffic. My partner Ken called me and said, “Our number one salesperson just quit. They want to go do a religious thing. Why don’t you come down here and play salesman?” I thought, you know, that’s the one area of radio I have yet to explore. I had done every single other job in radio. I had been a Chief Engineer. I had been a Program Director. And this is at St. Louis stations. I’d been a Chief Engineer in St. Louis, and a Program Director of a St. Louis station. I’d been a disc jockey. I had hosted my own TV show. I had done everything, but I’d never been a salesperson.

I said, “Well, time to make a new challenge.” Back in 2001, I no longer owned the radio station I had, which was KBMX. We had bought the two heritage stations here in Lake of the Ozarks, KRMS AM and FM. We bought them in ‘97. So I decided I was going to come down here and start selling. I came down originally just to sell, but I ended up taking over the sales department and kind of spearheading it. The station was not billing very well then; it was hand to mouth. I have been here seven years now, and I have quadrupled the income to the radio station.

JV: That’s pretty impressive. What do you attribute that success to?
Casey: I think what happened is I took all of my knowledge from being a creative guy, being a program guy, and all of the knowledge that I gained from the people I worked with like Jerry Donovan, Rod Zimmerman, Tom Langmyer, and all those people at KMOX and KXOK that I worked with. I took that knowledge and applied it to my task and it worked. It worked because we are all a product of the people we work with. That’s where we get our business values, and thank God I had good role models that tutored me. And that includes all the salespeople at KMOX, probably some of the best salespeople I’ve ever known. That station was number one, not because of its sales staff – it did have great programming, too — but I believe that a great radio station is really only great because it is a sum of the people that live inside its walls.

Rod Zimmerman runs WBBM in Chicago now. Tom Langmyer runs WGN now. They were really instrumental in instilling good radio values. And of course, I can’t overlook Robert Highland who hired me at KMOX, and the people that I worked with there. There’s Bob Costas and Dan Dierdorf — just wonderful, wonderful talent to work with.

Anyway, you take all of that knowledge and all of that experience and you kind of put it into sales, and that’s what drove my bus. I looked for salespeople that could manage their own bus and drive their own bus. I gave my salespeople the curbs of the road, and I’d say, “Keep the bus on the road.” In other words, keep the rate; stay true to the rate for the radio station. But sell an idea. And that’s where my creative energy came into play.

When I read your magazine the last time, it really distressed me reading about the state of disappointment within radio among the creative people. I know now more than I’ve ever known it in my entire life — and take it from somebody that’s owned radio stations and has been in creative, been cranking out 50 spots a day, writing spots — creative people, the production department, really is, without a doubt, the very best job in all of radio. And I say that unequivocally. It really is. And here’s the reason why. The reason is that radio is ideas. Everything starts from an idea. And where do the ideas originate? They originate with the creative mind. Now, some Program Directors are very creative, and I’ll grant them that. But I think that really the energy of radio, the real root energy of radio, is in the creative department. And that spills off to every other department.

It’s always been about ideas. You’ve got to have a great idea to program before the sales department can sell it. The engineer can put it on the air, and the General Manager can manage people to produce the product of the idea. But it all starts at the root.

The problem is, I think the creative people have been so burnt by all of the perils of the industry right now. And I don’t blame the large radio groups completely. I blame mostly the FCC for changing the rules of the game. They changed the rules of the game and the corporations just said, “Oh, they’re going to let us do that? Well, we can do that then,” and the fallout proceeded.

But I don’t think that is really the end-all, be-all for radio. We as creative people have to just find our niche. We have to find our niche in radio and create something for radio that is not being produced today. Because once we create that, sales will follow, engineering will follow, and the whole chain will start again.

We’ve got to come up with something for radio that is better than who’s got the best CD collection. It can’t be about the records you play anymore. There are too many people out there playing every mix of music that you can possibly imagine, and all we’ve trained our audience to do is push buttons until they find the best song. I think that’s where we need to go.

September 01, 2003 12742
by Steve Cunningham There’s something just plain handy about a stand-alone CD burner — that is, one that’s not part of a computer. A self-contained CD recorder into which you can plug microphones, with input level controls and...
Read More...
© 1988 - 2023 Radio And Production, LLC
Go to Top