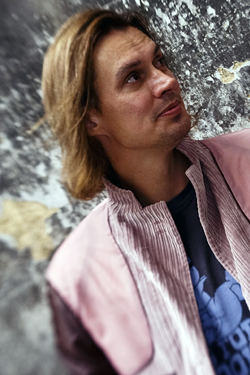 Ever want to just pack up your bags and travel the world, working in radio in different countries, meeting new people, experiencing different cultures and drinking up all life has to offer? That’s exactly what Andrew Crothers decided to do 13 years ago when he left his home in Australia. But instead of Singapore being Andrew’s most recent stop, it was his first stop, and has been his only stop so far. This month’s RAP Interview takes us on our first visit to this island nation, located on the southern tip of the Malay Peninsula, just north of the equator. Singapore is home for some 4.5 million people, and home for MediaCorp, a state-owned group of commercial media companies, which includes 14 radio stations as well as television and print media. Andrew handles the imaging for MediaCorp’s English stations with a creative flair which was acknowledged with a RAP Awards trophy this past April. Andrew shares the creative process behind that award winner, and he takes us on a fascinating tour of radio in Singapore. Be sure to check out this month’s RAP CD for more top-notch audio from Andrew.

JV: Tell us how you got into this business, and how you wound up in Singapore.
Andrew: Well, I think like most people in this business, the business really chooses you. It always starts off as an interest in music and radio in general, but then as you start to step into the realm, maybe it’s the flashing lights that do it, or just the ability to have a bit more of a creative outlet.

For me, I got my first record player when I was about two, because I had managed to destroy my parents’. But the real breakthrough for me came with my first tape recorder when I was about four or five. I would just lock myself away and spend hours and hours recording and setting up little response systems so I could have interviews with myself and little McDonald’s drive-thru windows for all of my Lego people on this tiny, portable tape recorder. The other thing I think was that I used to listen to radio a lot. While the music was fantastic, I was always fascinated by the commercials and the little bits in between more than anything; so it was always a labor for me to get through half of the music before I would get to the stuff that would excite me.

When I stepped into radio in 1988, I was 15 years old. The government at the time in Western Australia had just begun to issue what they called C class licenses, which were for community radio. A group of us went out on the streets and rattled tins to get a few dollars together and wrote a lot of letters. And there was a station called 101 FM that was down in Safety Bay and the Rockingham area, kind of south of Perth — it was a very small community I was from. So they gave us permission, and we put a little transmitter on top of a grain silo and rented out a room in one of the council buildings. That station unfortunately went off the air, from what I hear, about five or six years ago, but I was amazed it survived as long as it did.

JV: Tell us a little more about this station. What kind of coverage did you get? How many people were involved in this?
Andrew: We probably had about a 40-kilometer radius. We did this with the money we managed to raise, and we also got a few grants from the government. As far as the technical setup and everything like that goes, we were able to hire some experts to help out, but in the process of the setup, we were all very present and attentive, kind of watching what was going on so that once the, quote/unquote, “experts” left the building, we were then able to take over. In the beginning, there were about 20 in the core group. I was the youngest at the time, and we had two people who were the only paid staff. The rest were all volunteers.

JV: Wow. Not too many people can say they got their start in the biz by putting together a radio station at age 15. Where to next?
Andrew: Then it was off to Austereo, just out of university. I was working as a musician about five or six nights a week in a band. We kind of did punk/ska and everything, and our lead singer was a sales rep over at 94.5 in Perth. I was chatting with him one day, and he told me about this incredible new piece of technology they had called a digital audio workstation. As a computer geek from way back, the whole concept fascinated me, the idea to be able to edit on a computer. Actually, just being able to touch a really powerful computer at the time was quite exciting to me. My radio experience up until then had been on an old Revox tape machine, which was about the size of a household fridge, of which the tape was more splice than magnetic.

So I went in and learned how to use it, and because of that, simply because I was the only one who really was able to get a handle on the technology, I had my foot in the door, which was fun. But that only lasted about six months before I decided I needed to get out of Perth and see the world. It was mainly because of the music and the whole scene I was in. I was having a little bit too much of a good time, and I knew that a change of scene would probably be a lot healthier for me. So it was going to be the world essentially through Asia, then over to Europe, and over to the States — grand plans. However, about three months after landing in Singapore, I caught the eye of this fascinating vixen, who then went on to become my wife. Soon as I got to Singapore, I met my wife, and that was it. I’ve been stuck happily here ever since, and that’s been about 13 years now.