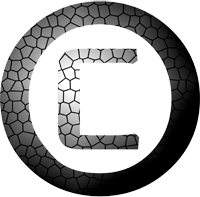 I am constantly amazed when someone tries to sneak a spot by me that contains copyrighted music. What amazed me the last time it happened was that our management didn’t flinch when I brought it their attention and said the client couldn’t run the spot. Wow! Color me with an attitude of gratitude. That made it easier for me the break the news to the client. He was a local man running for a local political office, and after I shook his hand and introduced myself, I acknowledging how hard he’d worked on it and explained as matter-of-factly as I could, why we could not air his spot.

Along came the standard justifications, “But it’s a political ad. You can’t change it.” I can if it’s illegal.

“But it’s satire.” It’s only satire if it’s used as entertainment.

“What if I only use 7 seconds of it?” It’s 7 seconds of something that still belongs to someone else. (Seriously, I simply cannot believe that old myth is still out there.)

I felt bad for the guy. He had worked very hard to rewrite the lyrics and perform it to the music. It hurt me to watch his eyes grow sad as he realized his political jingle set the tune of “Meet The Flintstones” was vetoed. It would have been easy to walk away at that point. What I did instead was offer whatever help I could to help him create a new ad that he could air. He said that he’d think about that. I gave him my card and we parted.

My phone rang the next afternoon. It was the very same local man running for local political office asking to see me. We met a few minutes later and he told me how he had struggled all night with what to say and how to say it. He seemed lost. Most locally produced political ads are merely audio resumes. They never say what the candidate stands for or against. That’s when I asked him, why are you running for this office? My question took him by surprise. “Whattaya mean?” he asked. I replied by asking what had happened to cause him to want to run for this position.

He told me of how a government agency with which he had dealings had provided such bad service that he became angry. So, like Sonny Bono running for mayor of Palm Springs in the ‘80s, he decided to run for a position on the board which governed the agency so he could fix it. Then that, I told him, is what you put in your ad. It was as if a three-speed fan had been turned on its lowest setting, and it pushed the layer of smoke which surrounded his mind and dispersed it in curly whiffs away from his head. “You mean,” he asked, “I can do that?” Yes, sir. You can.

So many times, our clients get bogged down in their cocoon of “fast friendly service” and their endless list of services or products that they forget about how or why their customer buys their services or products. They get trapped in their own forest, so they use other people’s axes to try cut down their trees because they think that’s what they’re supposed to do. My job is to help them sharpen their own axe so they can chop their own wood.

The election is Tuesday. I would bet green money that our local man running for local political office has a new job on Wednesday.

Lately, I’ve been having fun 10 to 15 seconds at a time. How, you ask? Tags. Tags? You mean the tags at the end of commercial which are normally assigned to interns or the overnight jocks? The very same. In my day job in the production department of a seven-station group in Omaha, Nebraska, I worked in a cube with my Production Director, Terry Thompson. Normally, the lovely and talented Mr. Thompson handles the administration of our very busy corner of the radio ranch while I concentrate on writing scripts and producing ads. On occasion, Terry has to step away and do other very important manager stuff, so I get the duty of dealing with AE’s and Traffic Directors or agencies or this, that, and the third. The interruptions are constant, and I am again reminded why I stepped down from the Production Director’s position a few years back. (See my article When Stepping Down Is A Step Up, originally published in RAP in September of 2003, online at www.notailsout.com.)

Recently, my job was restructured. Instead of occupying a cube, I now take up full time office space in one of our 6 production rooms. I am completely removed from nearly all department administration so I can concentrate even more on what makes me valuable to our radio group and its clients…writing scripts and producing ads. No more interruptions. I now have what I have always wanted. Time. I have the valuable time to make the tweak that makes a spot that much better.

I even have the time to take the time to improve something that most of us have considered a throw-away… the lowly 15 second tag at the end of a 45 second spot. Yet, to our client, that 15 seconds is important enough that they’re willing to pay us large amounts of cash to air it. It should never have been thrown away. Now it doesn’t have to be. If it’s a goofy dating service spot, I can search our music library for a quirky tune to slip under my equally goofy, yet complimentary voice-over. If it’s a crank-it-up-till-your-ears-bleed energy drink ad, I can take the time to create a head-banger read to go with it. What’s more, because I can now invest more time into something as seemingly insignificant as a tag, listeners may no longer tune out or worse, tune to another station.