Radio Producers Take Their Act on the Road 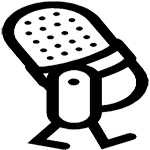 It used to be that you could tell the difference between a producer who works in radio advertising from someone who produces spots for TV by looking at their tans. While the TV guy might be bronzed from location shoots in the Rockies and the Bahamas, the radio producer would unfailingly look pale, having spent all of his or her working hours cooped up in a studio that may not even have a window.

That’s not so true anymore. Due to changing technology and a desire on the part of some advertisers to inject a touch of realism into their spots, radio producers are increasingly venturing out of the studio to record their spots in the real world.

My company, Sound Lounge Radio, has recently gone on location to produce several radio spots. Among them were two spots for Coke that we recorded in a New York City supermarket and in Central Park. The theme of Coke’s campaign was “Real,” and Coke’s agency, Berlin Cameron/Red Cell, wanted the true-to-life quality that comes from recording in a real environment. With all of the sound design tools we have available in our studio, we certainly could have artificially created a supermarket environment that listeners would have accepted as authentic, but our clients felt that there was a little something extra to be gained by recording in a real environment.

The upswing in location production has been fueled in part by advances in technology. Today, it’s possible to load ProTools software onto a laptop computer and effectively have a full-feature recording studio that you can carry under your arm. With this simple set up you can record, edit and mix virtually anywhere at any time.

Portable recording technology is useful for many applications. We often use ours to record celebrity voice-overs. Advertisers, of course, love to use high profile talent in their spots, but getting a hot rock star, actor or politician into the recording studio can be difficult. With a portable system you can take the studio to them. We recently used our ProTools system for a Pepsi spot, recording a voiceover with Beyonce Knowles in her dressing room during a break in a photo shoot. We have also used our portable system to record voice-overs with actor Denis Leary and former New York City mayor Rudy Giuliani. Without the portable system, we might not have been able to produce the spots, simply due to the talents’ lack of availability.

This new technology is also a boon to creativity as it allows us to record in environments we previously avoided. It used to be that radio spots were rarely recorded in real locations because of the lack of control. Inevitably, your best take would be spoiled by a police siren or a lawnmower. Today, we have sensitive mikes that help us to avoid picking up extraneous sounds and sophisticated tools for eliminating unwanted sounds that are captured on tape.

Still, it’s fair to ask, “Why go to all the trouble?” Since it’s possible to create the illusion of virtually any environment with the tools of sound design, why expend the time and effort required by location recording? The answer is you may wind up with a great spot.

First, the public is becoming increasingly media savvy and, through the influence of reality TV, people have become adept at distinguishing something real from something that’s staged and artificial. Recording on location gives you an opportunity to capture environmental elements that sound real because they are. That’s important because a spot that is true to life is both engaging and persuasive.

Secondly, radio is all about performance and it’s sometimes easier to get a great performance in a real environment. If an actor is supposed to be pushing a shopping cart through a supermarket, he is much more likely to project properly, to display the right emotion and to be out of breath in just the right way if he is in a real supermarket pushing a real cart, rather than in a studio pretending to do so.

Perhaps the best reason to record on location is that it is easy. Today’s gear makes capturing great recordings in the real world a simple, straightforward task. Although the studio is still the best place to record most spots and sound design will remain an irreplaceable tool for crafting environments through sound, in certain situations it simply makes sense to take your act on the road. If you have an ad that needs a great performance and could benefit by being recorded in a real environment, the decision to take it on location may come down to one simple question: Why not?

October 01, 1997 2400
Randy Horvath, Vanilla Gorilla Productions, College Station, Texas by Jerry Vigil We’ve read many interviews and articles about Production Directors who left radio to start their own production company, but can you recall the...
Read More...
© 1988 - 2022 Radio And Production, LLC
Go to Top