Q It Up: What’s most important when training salespeople? - Part 2

Q It Up: What’s most important when training new salespeople? How do you “try” to win them over to your way of thinking and doing things? Do they spend a day in the studio with you? Do you hand them a “production manual”? Or do you just teach on the fly? Feel free to add any further comments you may have on the subject! 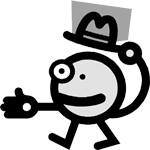 Blaine Parker [blaine.parker[at] salemla.com], Salem Radio, Los Angeles, California: Wow. There’s so much that’s important. Letting salespeople know it’s their job to get the right information from the client. Getting them to think strategically. Making them understand they have to think through the client’s business to the customer’s perspective. Explaining that you never play a client his new commercial and ask, “What do you think?” Instead, tell him what to think. Typically, clients have no basis to judge a radio spot and even less basis to judge a script. They need to be infected by the contagious confidence of their account rep.

But one of the most important things I now try to impress upon new salespeople is this: Spec Spots Are Evil.

Specs are often a crutch for salespeople who don’t know how to sell. They run the triple risk of (a) proving to the client the rep knows nothing about his business, (b) dissuading the client because he hates the spot, and most importantly (c) completely eliminating the worth of our creative product. Hey, we got RAP and Mercury winning talent in the house. We don’t just squeeze out commercials like it’s a Play-Doh Fun Factory, and the client’s bullet points are so much stinky red clay. (We do, of course. But they don’t need to know that.)

Granted, a spec spot can be used as a last resort to push a reluctant client off the fence. But as a means to get the client onto the fence, I offer a much stronger tool. I tell them, OK. You’ve got a prospective client who’s leery about radio. Prove to him that it works. Ask me for samples of successful commercials in tangential categories — ads that focus on the same target demographic, but for non-competing products or services.

For instance, trying to close a client who sells windows? Take successful ads for an interior designer, a plumber and a house painter. Play them, and after each commercial, explain the challenge, the solution and the results. What happens is magic. Instead of an unproven spec spot, the client sees an array of winners. Instead of wondering if the spec spot will work, he sees what’s worked for others, and wants a piece of that action. Nobody wants to take a risk. But everybody wants to be associated with winners. And it does loads to enhance our credibility and creative judgment.

Craig Jackman [craigj[at]canada.com], Rogers Media, Ottawa, Ontario, Canada: : I think what’s important with new Sales Reps is to let them know that we should be thought of as part of the solution, not part of the problem. More often than not, we’re going to be the ones to make the change, impress the client in-studio, catch a mistake before it airs, or come up with something that will plug the dyke until the real spot is ready and approved. When we do butt heads, it’s not that we’re doing it for sport, it’s just that we are searching for more information so we can execute the vision that is in someone else’s head, or that what they are asking isn’t in the best interests of the station — or the client for that matter.

To do this, I sit down with the new Rep for an hour or two in the studio. They don’t need Radio Production For Dummies, they just need to know that the clearer they are with information coming back to me, the better it will be for everyone involved. After all, we are in the Communications business aren’t we? There is no manual for this relationship; they have to be flexible in dealing with us, just like we have to be flexible with their requests. That balance is learned on the fly, but is reinforced by their peers and supervisors who have learned to trust what we say and do.

Don Elliot [voiceovers[at]charter.net]: You would think that once someone gets a sales job in a market like Los Angeles, they would have had enough experience and people skills to handle a move to another station and conform to a system that probably isn’t too different than where they came from. I am tempted to call this piece, “Same Problems, Different Call Letters”!

Salespeople were seldom allowed in our studios at Clear Channel in LA. Ever been in a session with more than ONE director? I could do an entire book on THAT subject alone!

Gatekeepers and accountability are key. I know you are talking about breaking in a new salesperson, but there are so many ingredients to this discussion and so many subjects from copywriting to voices and casting, production, music, policies on dubs for other stations, etc.... but the ONE SINGLE MONSTER problem that rises above all others in a station in my experience and in that of my associates with whom I have shed tears into fine imported beers — IS — the subject of DEADLINES.

I once recall a sign on the wall over at Dick Orkin’s, in plain view of the visiting client. “WE DON’T DO QUALITY SPOTS AT MICROWAVE SPEED. PERIOD!” I rest my case. Do I ALWAYS have to have somebody smarter than me say the same thing as I do in order to get somebody who is making the decision above me to BELIEVE me? Well, uh, yes! And I am sure you do, too!

Continuity and traffic handled the Production Orders at KFI/KOST/KTLK, LA. If there was no recording order, it just wouldn’t get done. What would be the point anyway, if there were no order it would never get on the air either! So it was a perfect set of circumstances if the deadlines were controlled and patrolled. When I got there, I knew I could never change “City Hall,” but you sure could get people on the same page in your team-thinking! The illustration I used to use at sales meetings was to pit the “fairness doctrine” against one another in a spirit of cooperation. Let me explain.

When EVERYBODY is playing by the rules, (remember Kindergarten?), and you are all standing in line for your ice cream, and one jackass bully cuts in front of the line. Don’t you think the peer pressure ought to keep the brat in line instead of pressuring the ice cream vendor? It ain’t HIS fault!

So by driving home the point of fairness to the other salespeople for developing organizational skills, it had an effect of self-policing in the end. Of COURSE, there are things that come in late and are not going to get turned down ‘cuz it’s money, after all! But the GOAL was to make that the EXCEPTION and not the rule. If you DON’T do it this way, believe me, the tail will irreversibly wag the dog every time. AND you must have the backing of management on this to pull it off!

It doesn’t really matter how you divvy up your availability and time... just make it consistent so everybody “gets it.” Cover all the shifts so there is always somebody there to handle what comes in. Have a dubber at night to do the mundane dubbing chores; otherwise you are making potato peelers out of your jet-pilots... and BOY did I peel a lot of potatoes in my day for being over scale. I was the most expensive DUBBER on the planet until they figured that one out! Just work it out logically so that you have shorter notice required for a straight voice only read compared to a dialogue spot or one with multiple effects or music required. And if you are involved in the writing process, add more time for that as well! It is important to have a routing slip or rubber stamp that stamps squares on the copy where key people are required to initial the copy as approved BEFORE YOU READ IT, or you are wasting everybody’s time and just ASKING for makegoods, (which really cost more than actually MISSING a spot, when you think about it)!

When you deviate from enforcing your deadlines, you are perpetuating and rewarding non-conforming behavior! Management needs to have a consistent policy and insist that the sales staff follow the rules.

Yaman Coskun [YamanCoskun[at] clearchannel.com]: Money! Any other word used in front of it will be automatically rejected and ignored by a sales person. So, my approach is “Here’s how I can help you make more money!” Then I have their attention. In addition to my weekly creative workshops for sales, which include writing exercises and real life client/sales, I also publicize every success story to all staff in the same manner casinos and lottery organizations publicize winners to entice participation. The weekly workshops are designed to demonstrate the power of the creative and how it can effectively deliver results for both the client and the station. When a salesperson comprehends the pivotal role of effective creative the first battle is won in a long and arduous war. The other dramatically effective method is to get involved in the communication with the client instead of playing the role of this mythical creative genius who’s only seen by his close disciples and hidden at an undisclosed location outside of a small town south of Spain.

Two things happen when a creative director meets the client face to face. First, the client’s shields are deactivated and sales pitch is replaced with creative excitement. It consumes the client and the salesperson. Second, the salesperson says “Holy crap. This is great! I think I’ll get (insert passionate producer name here) involved in all my local direct client’s creatively challenged campaigns. You win. They win. The listener wins. We all live happily ever after until a senior sales rep who thinks you’re just a pain in the ass sells a crap load of spots to a car dealership produced for 25 dollars by a guy named Joey in South Philly and sent on a reel tape. See my future RAP article, “Producers are from Pluto. Sales are from Saturn!”

Andrew Crothers [andrewcrothers [at]mac.com], Mediacorp Radio, Singapore: In my neck of the woods, a quick trip to the pub works wonders. (Though with 60 sales staff and a high turnover rate, moderation helps.)