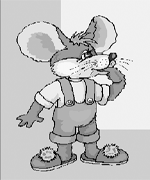 I’ve discovered that I can be a bit of a pack rat. Why else would I hang onto and store some of the stuff that I have, not only through a couple of moves, but through a couple of different companies as well? In my defense, I have to say that technology has played a part in this too, as most of what I’ve kept has been for technology that was once a cornerstone of the studio.

When I first started in radio, the station was located in a funky old warehouse downtown. As it was just a single station, there was enough room that we could put whatever we needed in the main storage room with the stationary and engineering spares. We had one steel storage locker in the studio for materials that would get used every day, like tape pancakes, cassettes, production libraries on LP, and SFX libraries on reels. It was ugly but functional.

In the first move to another funky old warehouse downtown, just down the street from the first, we lost the storage room. We did however gain a second real production studio, and in that we added a second steel storage locker. By this time we were using the storage lockers for CD production and SFX libraries, ADAT and DAT tapes, and floppies we were using in that short lived system to replace carts before we joined the rest of the world with automation.

The last move coincided with the acquisition of the old company by the new company and the merger of all stations into one building. Still no storage room, but luxuriously large studios, so both storage lockers wound up in one room, and storage lockers from the other locations wound up in other studios.

So what’s still in the storage lockers? Let’s take a look...

The first one is unlocked as lots of people need access to some of what’s in it. The top shelf is cassettes. I swear that I’ll never need to order cassettes again. For a while we were ordering 500 new C-10s per quarter. Now, thanks to MP3s, CDs, and with sales reps bringing cassettes back after getting new cars and having to clean out the back seats, trunks, and glove boxes of the old ones, cassettes aren’t as in demand as they once were. New car dealers, for example, rarely want their spots on cassette anymore as new cars come with CD players and not cassette decks. I’ve got everything from C-10s to C-120s on that shelf as others clean out their desks and storage boxes. I don’t think that I have any new unused cassettes left on that shelf, but the trip to the bulk eraser isn’t that far, and with a fresh label nobody’s any the wiser.

Next shelf down includes my leftover new and used DAT tapes. Does anyone use DAT anymore? What was a revelation into the “sound” of digital, and a nice compact storage medium, is now just taking up space in the storage locker and equipment rack. For a while we had a number of local agencies supply us spots on DAT. Now I use DATs only when I’m having computer issues, or want to have a backup safety recording of something important that’s happening live. I don’t need more than a handful of DAT tapes for my purposes.

Tucked away in the corner of that shelf are some new 1/4" splicing blocks. For those too young to remember, we used to literally cut 1/4" tape back in the old days. We used splicing blocks to make sure that our cuts would line up when we taped the two ends together. Over the course of many thousands of edits and abuse, these would wear out. Last time I replaced the splicing blocks years ago I bought extras (it was cheaper), and these never got installed or used. In addition, I’ve still got a couple of BIG containers of head cleaner fluid, swabs, splicing tape, and grease pencils. I’d be ready to cut tape except I don’t have any razor blades. Also, this shelf is my tool area. Everyone should hang on to a couple of screwdrivers, pliers, zip ties, and wire cutters/strippers, rather than having to wander down the hall and hope that there is someone in engineering. I store my tools in a couple of old beer cups, and throw in any extra rack screws into the bottom as well.

Next down the cabinet are things I’ve never used since I put them there. There are a couple of storage bins for floppies from the old system. There are piles of stationary from radio stations that don’t exist anymore. I held onto this to use as notepaper. I’m constantly taking notes throughout the day. If I didn’t, I’d forget lots of things as for me it doesn’t exist if it isn’t on paper. I’ve never ended up using much of this paper as there have always been lots of other choices for notepaper, so my little stock just sits there.

Next down is the most embarrassing. I have a stockpile of virgin tape — the good stuff too, not that cheap tape you used to get dubs on. Reels and pancakes fill the shelf, and they are never ever going to get used. Aside from one morning show host who records his phone calls to tape (and prefers to do it that way), the last time we used reels was to record long form programming off satellite. Since everybody now distributes their programs via MP3 download, and has for a couple of years now, we have no use for all this tape. Even when we were recording off satellite we never needed more than half a dozen reels.

In there I’ve also got a banker’s box full of stuff: mic cables, TRS cables, optical cables, extension cords, power bars, odd adapters and connectors too. This is where I store my toys too. You never know when you are going to have to Foley in a sound effect that doesn’t exist in your SFX library. I’ve got squeaky toys, wind up toys, train whistles, anything that sounds different in a good way. I keep a Frisbee on hand too. When the weather is good, there is nothing better for two people to get out into the parking lot and clear your minds. Of course, when you are in the middle of a move and all the office staff has already gone, leaving just the studios in the building, Frisbee in the hallways is good to clear your mind as well.

In the other, lockable cabinet is more personal stuff that is used by me and the producer I share the studio with. He has a shelf with his personal stuff as well as format specific CDs that he works with. My shelf has my Production Supervisor stuff that I need to keep, like personnel files and vacation requests. I also have the installation CDs for the software programs we use. Also in this cabinet are my guitar and our stash of blank CDs.

In various other places I’ve got reels with SFX that aren’t available on our SFX library, reels with clips, and old LPs that I’ve never gotten rid of.

I’ll admit that I may be a pack rat, but at least I’ve managed to keep it contained. Once you close the doors on the cabinets, nobody’s the wiser. I’m sure that one day fairly soon, I’ll go and clean almost everything out. I’ll keep the toys, cables, tools, and for now, the cassettes; the reels of tape and accessories, floppies, and stationary will be gone. What’ll fill up the space? I don’t have a clue, but since nature abhors a vacuum, I’m sure that something will fill it up. As my wife constantly nags at me, if you haven’t touched it in a year, you’re not going to need it, so it’s time to get rid of it.