Yeah, we’ve grumbled about them over the years. Threw our coffee mugs over them, ran red lights and endured speeding tickets because of them, even cried in our beer over them. And yet, for all of the teeth gnashing and tears, we’ve never really hit the target. Yes, of course there are many enemies to our Creative! But no enemy is worse than the one we face in the mirror every morning. 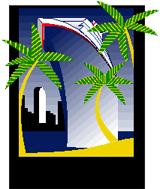 How many hours a day do you work? If you say 8, 9, even 12, I know you’re lying. Odds are you have a computer at home, and if you do there’s probably some sort of audio software installed on it. Even if you don’t “do audio” at home, at the very least you have the ability to write copy from home… and probably do. Then there’s shop talk at the dinner table (you know you can’t help yourself), analyzing the commercials while you watch TV, wondering if you shouldn’t have thrown a tape in the VCR to catch the President’s speech because you might need it for a promo, wondering if you should get a TiVo unit because you might be able to download audio right into your computer… sigh. Now, HOW many hours a day do you work?

There are 2 possible outcomes, both that you should’ve learned to avoid as a child. The first centers on a battery-powered racecar. Turn it on, spin the wheel hard left, and let it speed around and around and around… just turn it on and let it go. After 2 or 3 hours, it stops. In fact, the faster you pushed it, the faster it stops. And that would be why? Ding! Ding! Ding! You got it; the batteries ran out of juice. The second scenario involves that obnoxious, jeering, cymbal-playing wind-up monkey that either you or a friend had as a kid. Nothing was more fun than winding it as far as it would go and timing how long the clamor lasted. But the effort to get just a few more clangs out of it did just the opposite, and the creepy simian played no more. The answer here, Sherlock? Yep, you went and wound him up too tight and something inside snapped. One or both of these situations just might describe your life.

I had personally avoided vacations that lasted longer than a long weekend for many years. Part of it was having my fiancée, then my children half way across the country and wanting to take mini vacations all year round to see them. The other part was fooling myself into believing that I didn’t really need a week to regroup. There was just always so much work to do, so little time to get it done. “It’ll take 2 weeks to get caught up for it, and 3 to catch up afterward,” this was my mantra, my rationalization for ignoring the warning signs.

Luckily, my youngest son turned 13. He’s within steps of turning that corner that his sister and brother did before him, to that nebulous time and space between adolescence and young adulthood, where those things of greatest importance as a child lose their significance. Or, to put it simply, his Father will shortly become the stupidest person on the planet. It’s the way of things, I know. About the time he’s 25 or so, my brains will be reinstalled. But before I became an official old fool, I wanted one last taste of the sweetness of being the Dad who can give his child the world. The world I chose was Disney’s.

A full week, 7 days in the sweltering heat of an Orlando summer, basking in the magic not only of the ultimate creative genius, but also in the magic of the parks that joined the Orlando party over the years. We played, we rode, we watched, we ate and walked far too much, and laughed as though we would never stop. It was everything I hoped for… that light in my son’s eyes will shine in my memory as long as I live. But little did I realize that another gift had been given to me.

I was certain that my return to work would be like putting on a suit of rusty armor, that I would be bogged down and depressed after the luxury of doing nothing for a week. I was wrong. From the first promo assignment I realized that I had regained something I didn’t know I had lost. The ideas were there, new approaches and fresh creative concepts appeared like magic. But it wasn’t magic, not really. All I really did was recharge the batteries and loosen up the springs.

Let’s go over the excuses again. There’s too much to do, there’s no time, there’s no money for it, and then the big lie, you don’t need it. Wrong, wrong, wrong, and really wrong. If you want to continue to be creative, you can’t afford not to find the time to take a break, or the work can go from too much to overwhelming, and then it might be too late. And don’t think that I’m being melodramatic; the history of Creatives pushed past the edge speaks for itself.

Go to the mirror and look the enemy in the eye. If he or she looks beaten down, exhausted, defeated, and sad, it’s time to go to war. Take a vacation. In the end, you’ll both win.

April 01, 1992 5363
by Jerry Vigil This month's Test Drive veers away from the usual studio hardware to take a look at an interesting piece of software from Tapscan, Inc.. The computer program is called The Continuity Director, and for stations...
Read More...
© 1988 - 2022 Radio And Production, LLC
Go to Top