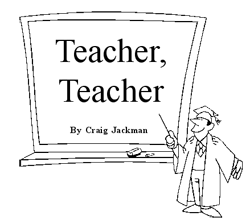 Rogers Media Inc. owns a string of radio stations (43 as of this writing, but you know how fast these things can change) in Canada, some in large markets like Toronto and Vancouver, some in smaller markets in Ontario, Alberta and British Columbia, including Sudbury. Like any corporation, Rogers like to maximize its assets. This includes sharing personnel and expertise among all stations as the need arises. In my case, some of the northern Ontario stations had just finished switching automation systems from DCS to Scott Studios, and switching audio editing software from TripleDAT to Adobe Audition, and were having a hard time getting things working smoothly. Engineers ask each other for help; my name got dragged into it.

It all started about a month ago. The Image Producer for the Northern Ontario cluster sent me an email asking questions about Audition. The Creative Director of the Sudbury cluster emailed asking that if they all came down on a weekend, would I be able to give a seminar on Adobe Audition. I was flattered to be asked and more than pleased to come and visit to get them grounded on the basics they’ll need to know, show them some of the tricks I have learned over the years, and just get them pointed in the right direction. Negotiations went back and forth as social schedules were checked and cleared. Regional Vice-Presidents chimed in when they figured out it would be cheaper for one of me to go there, rather than 5 of them to come down and see me. Airfare and hotels booked, it was now preparation time.

When I first started on computer audio editing almost 7 years ago, I went through the same frustrations that my colleagues were going through. I remember the feeling well, and that feeling probably has spurred me on to learn more than I normally would. Unlike them, I was working for the last of the great independent stations in my market and had nobody I could ask other than the software company itself — not to say that they weren’t helpful, but most things I had to figure out by myself with a downloaded copy of the manual as my only guide. Some of the skills I’d learned in all those years of analog tape applied, and some didn’t. My task was to put down in some form that 7 years of discovery, covering the basics for newbies without boring those that had already gotten that far, then showing some advanced tricks and complexities without scaring the newbies into quivering, sobbing masses in the corner.

I tell you, if you ever want to know how much you don’t know about something you thought you knew like the back of your hand, volunteer to teach someone how to use it — not just quick operational basics either, but really get into the little details they’ll need to use the program to its fullest! What you are trying to do with audio software is use it to take shortcuts; anything you can do to buy back time early in the day is going to give you extra time later in the day when you need it most.

While I didn’t go back to the manual and re-write it, I did go back to the beginning. The only difference between various software programs is everything. Once you buy in and accept that as truth, the learning process becomes much easier. For example, once the software has been installed on the computer, how do you optimize the relationship between software and hardware? How do you optimize the relationship between the sound card and the rest of the computer? How do you get audio into the computer? How and why you’d record mono or stereo files. How do you then save those files? Saving audio files to a different format such as MP2 or MP3, and why it’s not a good idea to resave an edited MP3 as an MP3 file again. How to open existing audio files. How to open audio off CD (ripping), and how to trick the computer to extract audio from video (for opening Scott audio files into Audition).

Really basic stuff like how to edit audio. Showing why it’s a good idea to have your edit points on the zero-crossing point on your audio file to eliminate audible clicks. The difference between destructive and non-destructive editing. Showing why mapping as many features to keyboard shortcuts (macros) is a good idea to get that mouse unwelded from your palm to avoid repetitive stress disorders like Carpal Tunnel Syndrome and tendonitis in your forearm.

I showed them different types of EQ including FFT filters, and how a Parametric EQ can be better to use than a Graphic EQ. I explained how different types of plug-ins, particularly reverbs, trade off sound quality for DSP cycles, and how that trade off will effect what you want to be doing. Don’t tell anyone, but to save time I brought up CDRs with the .zip and .EXE files of some of my favorite freeware plug-ins, not because these plug-ins are any better or any worse than the existing effects in Audition, but because the end users may find that a particular GUI suits the way they work and their mindset better. That will be our little secret.

We delved into multitrack editing, and cross-fading audio. How to lock tracks in time. How to group tracks together to move them while keeping them in relation to each other. How to mute individual clips. How to mute or solo whole tracks. The difference between on-line (real-time effects) and off-line effects and why you’d want to use either, or both for that matter. How to mix down a session and send it to the automation system, or to skip a couple of steps and just export the mix down directly to automation.

Once we got through the basics, I showed some advanced tricks too. Tricks like morphing EQ over time. Using a Doppler phase shift on a panning element to add drama. How you can un-ruin a voice track marred by being too long by using time compression, or having some popped consonants and removing them with EQ, or using pitch correction to add emotion to an otherwise slightly flat read. How to use noise reduction to clean up the 20-year-old jingle tape that one car dealer insists on still using. We delved into looping, both to extend music beds and a creative tool in creating beds and jingles from scratch using Audition’s supplied loops. I showed my favorite trick of all time, which is using time and pitch stretch together (pitch bend) on a music bed to emulate the sound of a turntable slowing down. For all us ex-70’s partygoers who remember playing albums at parties, it’s an instantly recognizable sound and perfect on an Oldies or Classic Rock format (among others probably).

We even had time to commiserate and share some war stories, and find that no matter the market size, the same problems will occur. It’s occasionally just a difference in degree.

I went into this fully prepared for the software and hopefully all the questions I would receive. You know what else? I discovered things I never knew about the program even though I’d been using variations of it for so long. I didn’t hide that either, I made sure to let everyone know that there are still new things to discover, or that features I discovered long ago I’ve really never used.

The one thing I tried to get across was that software is really dumb. It doesn’t do ANYTHING unless you tell it to. The advantage in learning the software a little deeper is that you can stop thinking about how to get the software to do what you want it to do, and spend more of your brain processor cycles deciding what you want the software to do to the audio. What rather than how — it’s completely different and creatively freeing. After all, the only thing that matters is what sounds come out of the LISTENERS’ speakers and how the listener then reacts to those sounds isn’t it?

The ultimate compliment that I received was from a producer colleague who volunteered that he learned more sitting in with me for a couple of hours than he’s learned in the previous several weeks! That alone made the whole trip a worthwhile exercise. At the end of two separate sessions over two days, the collective guess-timate was that just what I had shown everyone would save them about half an hour a day. My personal opinion was that it may be a half hour now, but after another month or two of discovering things by themselves that it may be closer to an hour, but time will tell.

Oh, and a note to GMs, GSMs, and PDs who just read that previous paragraph. I’m not implying that you can then fill that newfound 30-60 minutes with more work, though of course you could. What we as a group decided was that new time would be best spent in improving quality, emphasizing creative, making sure the best sounds are there and they are mixed together the best possible way. Taking that time and raising the bar for everything that goes through the production rooms, whether created locally or sent in from an outside source.

I’d like to extend my thanks to Kim, Chris, Matt, and Sheldon from the Rogers Radio cluster in Sudbury, and Sarah from Rogers Radio in Sault Ste. Marie Ontario for spending part of their weekend tucked into a production studio with me listening, absorbing, and asking the right questions. I hope you guys got as much out of it as I did!

One last thing I discovered though. Talking essentially non-stop for 6 hours, loudly and clearly enough that everyone could hear, will leave you with a sore throat at the end of the day. Stay away from coffee, drink lots of water, and bring a lozenge.

Oh, they’re calling my flight. Time to unplug and pack up this old beast — yes smarty pants, this refugee from long before Bill met Monica doesn’t have a battery in it anymore, not that I know if you can even still get a battery for this thing. I’ve been using it balanced at the coffee bar plugged into an outlet used by the cleaners. Just another reason to remember my first trip as a consultant — not that I’m looking to expand my freelance business, but if you need some help then give me a call!

September 01, 2001 19335
by Steve Cunningham All-in-one hardware audio workstations are popular among small recording studios, production companies, and bedroom musicians. They’re also used by some radio production types who like to work at home, after...
Read More...
© 1988 - 2022 Radio And Production, LLC
Go to Top