I just turned 40. The big 4-0. The turning point… Insert your favorite cliché here. What else do you do when you’re 40? No, I mean besides the surprise party where you get drunk and all your closest friends chip in to get you a case of Depends. When you are 40 you sit and reflect on where you’ve come from, where you are, and what lies ahead.

When I started in radio I was a bored op… sorry, that would be Board Op, running announcer voice tracks from a worn out reel of tape, running tired big band instrumentals from 30 year old records from 10 pm to 1 am 3 nights a week. I wasn’t complaining though, as I could see that it was just the purgatory I had to go through to get into the business. It was kind of like college initiation only without the all the nudity. That led to being a Board Op for the Top 40 station down the hall, and also promo schlep for both stations. With help, I managed to also get a part time gig as a production/promo schlep for the rock station across town. That’s right, I was working 5 jobs for 3 stations at the same time. All good things have to come to an end, and the first station found out about the 3rd station and forced me to choose. Good thing too, as I hadn’t had a day off in 3 months, and wanted a life as well as the career. 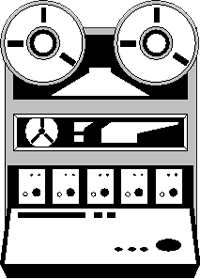 In Production, all the toys were state of the art for the day — Ampex 1" 8-track recorder, a pair of Ampex reel machines that would run at every speed from 30 ips to 3.75 ips, Technics turntables, ITC cart machines, dbx compressor and an Orban spring reverb. All the sound effects were on numbered reels (and watch to not record over them!). The music service was whatever the Music Director didn’t want to add for airplay. A locker full of shiny new razor blades, splicing tape, grease pencils and cases of virgin 3M 206 tape. Digital? Digital was the name of the computer company that had an office building a mile from my house. Everything was analog. Syndicated shows came in on LP. There was a live jock in the control room 24/7/365. I had to empty the wastebasket twice a shift from all the tape I’d cut. I’d clean the heads before and after every shift. Only later did we find out that the head cleaner we were using was a toxic hazard that later got pulled from the market.

I still have the first digital multi-effects unit that I recommended we buy (I use it in my guitar rack now). I still remember the first spot I had to cut using a CD for music where I had to patch the Music Director’s CD player in through the cassette deck inputs to the board. Deadlines to get into production were 48 hours before it was to go to air. If a commercial produced for my station was sent to another local station, there was a small payment made to the writer, producer, and voice talent... who was never just one person. Sales Reps spent half their day running back and forth between stations picking up reel dubs. If a client didn’t want to play by our rules in terms of content or style, we would walk the business. I sit back now and shake my head at all those dollars that we could have gotten our greedy little paws on. 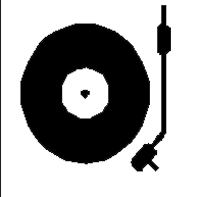 That’s where we were. Today? Digital everything. If it exists outside the computer it’s a pain. Now that I can transfer audio into the automation system, it seems like a waste of time doing client cassette dubs sometimes. Even then, more of them are wanting all their spots sent as MP3, or on CD if they want a physical copy — car dealers in particular as most new cars don’t have cassette decks anymore. The mixer is essentially a routing switcher feeding into the computer. We don’t need the big console covered in knobs and switches when a cheap little notepad mixer will do exactly the same thing. I literally cannot remember the last time I picked up an LP, either at home or at work. My turntable in my studio has a cover on it for desk space. I wish I could find something similar for the reel machine as I only ever use it for its cue speaker. The threat of copyright lawsuits means that everything is coming off production music services sounding pretty much the same as the station across town. Local spots are routinely shared and swapped among all stations, and nobody gets a dime, plus they are sent via MP3 directly from the studio into their studio — national dubs the same.

Rules? Deadlines? What the client wants, the client certainly gets. If there’s someone in the building, it’s expected to get on the air. The problem with that is, thanks to automation, there isn’t necessarily anyone in the building. I’ll never forget the first time I walked into a radio building knowing that I was the only one there and there were 3 stations on the air and running. That feeling doesn’t get any easier with 5 stations running.

The radio business has become a business. Look at Clear Channel and how many stations they own. Oops, they just bought another so add one to the total. You’d think that bothers me, and to an extent it does, but not all that much. I think making a profit is a laudable goal, something everyone should strive for. Unfortunately I think we are losing sight of who are other customers are - The Listener. Is cheaper really better than interesting?

What concerns me is in the current. This industry has become significantly more insular and incestuous with fewer companies owning more stations. There are significantly fewer jobs, and those jobs that do exist have higher expectations. Where do people get their start when there are no entry-level jobs in the bigger markets, and smaller market stations are following suit and automating to save money? Is it just me or are people starting out less hungry for this business than I was? Who’s working for more than one company at once on anything more than a casual basis? How many radio starters don’t want to work nights and weekends (where they can) just to get in the door?

As opposed to half empty, I think the radio glass is half full and the future holds great possibilities. While automation has its place, I think that everyone is feeling that we’ve gone too far. Radio is a people medium and works best with real live passionate people. From a production perspective, technology has been a boon, and I can’t wait to see what high tech is going to bring next. Spots and promos that show up on the RAP CD are better in every way I can think of. Hopefully we’ll become less of a service industry for the casual advertiser, and more a partner in building businesses. We’re leaning that way already and I find it exciting. Believe it or not, I actually like dealing with most of my clients.

Radio’s been an important part of my life since high school. It says in my senior yearbook, that if a career in Rock & Roll didn’t work out, I was hoping for radio. 2 years of college, marriage, one daughter, 5 cars, 2 motorcycles, 3 bicycles, 3 apartments, one house, 4 broken bones and 19 years later, I’m still doing it. Of course there are days when I could chuck the whole thing and live in a tent on a farm, but those days are thankfully few. I know just how blessed I am to have a career where I get up in the morning and still look forward to getting into work to play with all the great toys. The past is past, the current is what it is, but the future is what’s important! I hope my next 40 years are as interesting as the first. The 40 years after those… who knows?