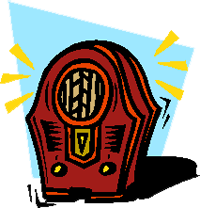 WARNING: THE MATERIAL CONTAINED IN THIS ARTICLE MIGHT BE OFFENSIVE TO THOSE WHO HAVE NOT BEEN IN RADIO FOR AT LEAST 10 YEARS. READER DISCRETION IS ADVISED.

I have just recently started teaching Audio Production to a night class at a local college. It was the same class I took almost 20 years ago, and it got me to thinking ALL the things that I took in that course back then, that these students do not have to worry about anymore.

For example, today’s young minds don’t have to worry about cueing records anymore. (A stylus to them is what you use to write in your Palm pilot nowadays. As a matter of fact, “Palm Pilot” was the nickname we gave that lonely all night jock at my first station.) Anyway, these young kids don’t have to worry about running back from the washroom, with pants wrapped around the ankles to fix the skipping record in the control room either. As a matter of fact, most stations now have automation, so who needs a jock anymore?

I remember my first job as a practicum student was learning how to wind tape onto carts. Today’s new broadcasters don’t have a clue what a cart is, and telling them it looks like an 8-track doesn’t help very much either. So, needless to say, they don’t have to type cart labels. (I don’t even know if there is a typewriter in the building anymore.)

And then there’s editing. I AM still teaching these “kids” how to splice tape, even though it has been years  since I have actually touched any dusty old analog tape with a barbaric axe called a razor blade and then glue the two ends together with rudimentary tape. Such an archaic process, but why are they being taught how to edit tape manually? Beats me, I didn’t make up the curriculum; but if I had, I would teach them how to splice too, just so they can cut their index finger just like I did so many times.

Multi-track recording is another one. With these new Digital Audio Workstations, these young whipper-snappers don’t have to worry about bouncing tracks when you run out of tracks, they just have to “add another track.” And when an announcer flubs a word in a spot, telling them we’ll just “punch it in on the fly,” sounds like a grounds for a sexual harassment charge.

Then I got to thinking about all the things that they didn’t teach me in that class in 1983 that I now have to teach these students today. Things like voice tracking. (I wonder how many disc jockeys lost their jobs to voice tracking?) Editing on a computer. (Don’t you wish you could un-do a tape splice as easy as an edit on a DAW?) And speaking of Digital Audio Workstations (good thing there’s only a few hundred different types there), have they made life SOOO much easier or what?

Now these students have laptops with DAWs right on them. Can you imagine carrying around an 8-track Ampex so you could do your spots at home? Your back would be dying after the first 20 feet. Some laptop!!

And has mp3 changed lives in radio production or what? No more spinning dubs for the other 12 stations in town onto small reels and quarter inch tape, and labeling all those boxes. No more waiting for that damn courier to get the spot there by 5pm either. Now we just send dubs out via mp3 on the Internet, but we still have to wait for them.

And then there’s radio station contraction, and owning several stations in the same market, so everyone has to work for several stations now. Now students have to learn how to be a jock, produce spots, do news and maybe even sales. (God, help them.)

Why do I feel like telling these students, “Back in the old days, I had to walk to my class in blinding snowstorms, uphill both ways, in boots with holes in the bottom of them and no socks? …and I had to use old 1 mil tape with splices every 3 inches WITH NO TAKE-UP REEL!!!!” I’m beginning to sound like my dad already, and I’m only 36. Oh boy, has radio changed. But don’t you miss throwing a cart across the production room when it jams in the cart machine?

These computers are getting expensive to fix (or so my engineer tells me as he removes the keyboard from the wall).

March 01, 1995 45163
by Jerry Vigil Forget your every notion of what a "mixer" is. The rapid pace of technology is changing that forever. Some high dollar "recording studio" consoles have already realized the power of combining computer technology...
Read More...
© 1988 - 2023 Radio And Production, LLC
Go to Top