Some mornings are better than others. Nah that’s a lie; getting up at 4 a.m. is never a good thing. There are days when the alarm is more welcome. The morning I was being eaten alive by a wood chipper in a dream is a good example. 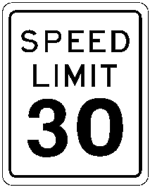 My usual routine leaves little margin for timing errors. If my zombie shamble to the bathroom begins even a minute late, I’m bound to hit several red lights on the way to the station. These lights seem to think that rush hour traffic speeds by them 24/7. If one stops me, even if my car is the only one for 12 miles, I’ll have to endure the painfully slow cycle. And when I say painfully slow, I’m talking about back of the line at airport security slow. Downloading a missing spot at 28k slow. Lady in front of you at the checkout can’t find her coupon for Fiberall slow. Watching Ben and J-Lo in Gigli PAINFULLY SLOW! I know you’re wondering why I don’t just run the light if nobody else is there. The truth is, someone is there. I’ll tell you about him in a moment.

So the wood chipper is munching away, and I’m in it up to my shoulders when I jerk awake and realize it was only a dream. The screaming doesn’t start until I look at the clock. This wakes up my darling wife. “Shh! It’s only a dream.” She doesn’t scream when I point to the clock. She doesn’t have to head to work for a few hours. Angel that she is, she does give me a quick hug and says, “I’m sorry, Honey.” I wonder if she’s sorry the alarm didn’t go off, sorry that I’m such a dunderhead that I forgot to turn it on, or sorry that she married someone who screams at clocks at 4:20 in the morning.

Choices have to be made. Some are no-brainers: I’ll use any excuse to avoid shaving, while scratching my wife’s back for a moment and a goodbye kiss is a ritual worth losing a job over. The tough choice comes when I head downstairs and the smell of Hazelnut Cream doesn’t drift up to greet me. Forgetting the alarm was bad enough, but forgetting to set the timer on the coffee maker is unthinkable. What do I do? A) take the 5 to 10 minutes it would take to brew a decent pot of coffee, or B) pay the coffee club 25 cents for a cup of whatever brown sludge is leftover from the weekend. If you don’t think this is one of those life and death things, you’ve never pulled a morning shift.

So I’m finally in the car and pulling out of the neighborhood. I am the only car on the road, no taillights ahead, no headlights behind — nobody but my car, the road, and me. Put the petal to the metal, nobody is going to stop us! But that’s not completely true. Somewhere in the next 5 miles, he will be there. He is every day. And that’s why I won’t speed. I’ve learned my lesson.

The Police Department has a sub-station just down the road from my neighborhood. I suppose that stretch of blacktop is a fine place to sit out a shift after the barflies are safely tucked away in detox. Quiet for the most part, unless some idiot late for work decides to play Jeff Gordon. I had been that idiot once and got off with a warning. The next idiot hadn’t been so lucky. A week or so later I came around one of the blind curves to find the same patrol car parked across the lanes. The same officer came to my window and told me that I’d have to find another way around. Up the street I could see more flashing lights. “Accident?” I asked. “Pretty bad,” he nodded. At that moment I noticed an ambulance coming from the scene of the accident. It drove slowly by, no warning flashers, no blaring siren. It took a minute to register what had happened. I felt eyes on me and looked at the cop. “The idiot was speeding,” he said. “That could’ve been you, if I hadn’t stopped you the other day.” Over dramatic or not, I got the point. He isn’t there morning after morning to taunt me and assure that it always takes a little longer to get to work. He’s there to make sure I don’t do something stupid and never make it to work again.

You might not ask for an object lesson, but that doesn’t mean you don’t need it. More years ago than I’d like to admit, the phone rang in my office. “Trent! How you doin’? This is Mr. Bigtime calling! We’ve never met, but a mutual friend gave me your name and said you might be interested in the Production Director gig I have open! How’d you like to work in one of the top 5 markets?” Even though I distinctly remember saying, “Yammanah! Abba, mebe?” I must have said yes. “Ha! Ha! Beautiful! Hey, shoot me a T&R overnight, would ya? Here’s my Fed Ex number!” Just as it did years later on that deadly road, it took a minute to register what had just happened. Then I bolted to the Production Room. I was fairly proud of most of the work I sent him on that demo tape. There were a few impersonations that were a little weak, and a spot or two that was muffled, but I was determined to show my versatility. Surely Mr. Bigtime would hear the potential in even the less stellar productions!

I sent the tape. I waited one day. Two days. Four. After a week I told myself that someone as important as Mr. Bigtime had a lot going on and I would have to be patient. After 2 weeks my patience came to an end and I decided to call him.

“Who? Oh, yeah, right, Trent. Hey babe, been meaning to call… just business, you know how it goes. Anyway, got the tape, and I hate to tell you this, but it’s not what I need right now. Listen, don’t take this wrong; you’ve got some good stuff! You just aren’t quite there yet, and don’t think I mean that in a bad way! Hey, keep at it. Who knows what could happen in a few years? Hey, gotta run, but call me if you’re in town, we’ll do the lunch thing, okay? Keep the faith, Brother! Later!”

I wasn’t mad. Hurt a little, yes… but enlightened a lot. From that day, I quit speeding through my production and took just a little extra time to try making it better. I realized that while I might never be a Production God, I could always try to put my best out there. I may never meet Mr. Bigtime, but I know he’s out there, and he might be listening. And I want him to know that I learned my lesson.

July 01, 2010 5014
by Steve Cunningham With the economy still in the intensive care unit, there’s little in the way of disposable income available for most of us to update and refresh our rigs. But the fact is that there are more good sounding...
Read More...
© 1988 - 2022 Radio And Production, LLC
Go to Top