Q It Up: Processing Your Voice

This month’s RAP interviews a top voice talent and features an article on the basics of compressors. Our Q It Up column for the month mixes the two and takes a look at how voice-talents in the RAP Network utilize compression and other processing (or lack of) in their voice-work.

Q It Up:This question is only for those of you who do voice-work, using your own Voice: Do you use any processing on your voice when recording basic commercial and/or promo tracks? Granted, you may tweak your voice-track during a mixdown, but do you process your voice when you initially record it? If so, what gear do you use for processing? What mike do you prefer for your own voice-work? What pre-amp do you use? If you use compression and/or EQ, what settings do you use for most of your basic voice-work? Feel free to modify these questions and expand your answers to go with your particular situation. 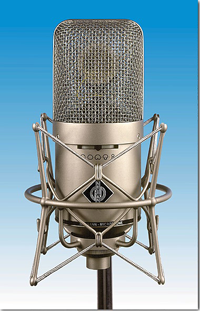 Dave Foxx [foxx[at]z100.com], Z100 Radio, New York: To answer your first question simply, I would say, “no,” but it’s the reason why that makes this question really interesting. I am a big believer in the “fix-it-in-the-mix” mentality, provided you get the right quality on the original. While having the compression/EQ recorded on the VT as you go would certainly be more convenient, I find it really difficult to concentrate on the content when my ears are tuned to the sound quality. (Maybe it’s one of those “right-brain/left-brain” things.) I’ve also discovered that, as the producer, I’d rather give myself the flexibility to throw a weaker curve on the EQ when the read calls for something more personal. It’s a whole lot easier to compress something after the fact, rather than trying to decompress anything.

While my particular combination (Neumann M-149/Studer D-119 Mic Pre) would NOT be ideal for all voices, I’ve found it’s perfect for me. This combo allows real intimacy without adding any noise, and yet can handle a much broader dynamic range, including those high-energy, in-your-face commercials that seem to be the favorite of car dealers everywhere. THEN, I can add as much or little compression and/or EQ as is needed, after the fact.

Now, there are certain compression/EQ settings that I always start with, depending on what I’m doing. For example, for all Z100/New York promos, sweepers and bumpers, I always begin with a high-pass (400Hz) filter, followed with some pretty heavy compression. For other stations who are not getting their tracks via ISDN, I’ll simply add some light compression to give the track some control and leave the rest up to them.

Ric Gonzalez [ric.gonzalez[at]cox.com], KISS/KSMG/KLUP: I use Pro Announcer by Aircorp, which is a pre-amp and a limiter/compressor. We use the AKG C414B for mikes. We have one in all the production rooms and in the voice booths. It was the first piece of equipment that I requested when I was hired. A good read on a bad microphone doesn’t do anyone a bit of good.

I may crank up compression for a soft or regular read. I tend to back off for the reads that are going balls-to-the-walls, like club or concert reads. Though the board (Wheatstone) does have EQ, I run it flat. That mike is awesome and crisp! I record the music tracks flat (sans EQ or processing), and almost never run the finished product or mix through processing. All this stuff is going to go through processing when it gets on the air, so I send it in pristine.

Jack Steele [jack.steele[at]cumulusb .com]: I do quite a bit of voice work around the country for both radio & TV in my home studio. I could use some more. My wife wants to quit work. Anyway, I use an AKG C-3000 condenser mic, which I feel is a great lower priced condenser mic. I directly plug that into a Symetrix 528e processor, which I love. My mic sound is also run through an Aphex Aural Exciter, and when I send the final product to mix down, I run it all through an older DBX 166 compressor/limiter. I don’t always use the Aural Exciter and dbx 166 for some applications. When I do TV v/o, I bypass both and only use the Symetrix 528e. That’s enough for TV audio for my voice. When I use all the extras, it sounds muffled and drowned out and unnatural. My all time favorite compressor is the old UREI LA-4. You can never hear ‘em work, and they’re so effective with various types of mics. 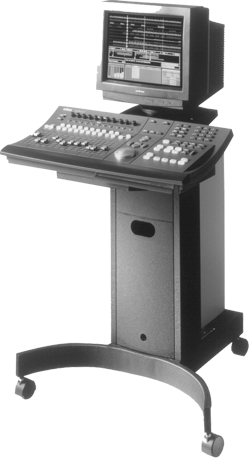 Thaddeus McNamara [TK[at]KUIC FM.COM], 95.3 KUIC: One of the things I learned a long time ago was to do the voice work straight, without any processing. As long as I do that, I am able to manipulate it in many more ways. The only exception is when I want to use an echo effect. I find that effect really only works properly when you can “play” with it as you are voicing. And now that we are using the Audicy, there isn’t any choice. Unless there’s a function I don’t know about, you have to lay the voice down, then add the effect.

I will say that for the first time in my 12+ years of production, we actually have processing on all of the mikes in the studios. I know there’s some compression, and they have enhanced the high end too, but I don’t know what the equipment is, and I don’t have access to it under the new ownership. As for the mikes themselves, we were using Sennheisers, which I liked (very warm sound). Now we have new Electro-Voice EV27 N/Ds—even better!

Darren Marlar [darren[at]marlar house.com], Marlar House Productions and KCWJ: As much as I like the sound of processing, our station currently is not using any compression or other type of processing when we initially record a spot or promo. I’d make some outlandish statement such as “we feel that it takes away from the honesty and sincerity of our voices,” but the truth is, we just haven’t purchased anything yet (we’re a very new station). However, this is my first station where something such as that was not available, and I’m finding that it doesn’t really make that much of a difference. Anything more you need can be added in mixdown, and it has forced me, as Production Director, to look for new ways to get a “larger than life” feel with what I’ve recorded. In doubling up the voices, taking them slightly out of sync, messing with the equalizer, adding echo/reverb, I can usually get the effect that I’m looking for. If not, then I try other angles for the client where my equipment will work. Our clients seem to be happy, the sales department doesn’t complain, and I feel that I’m putting out some of the best and most creative stuff I’ve ever done. Okay, so that being said... anyone willing to buy me a compressor?

Johnny George [HOTAUDIO[at]aol .com], Susquehanna Indianapolis: Most of my VO work is out of my home studio where I’m using the AKG 414B. I’m running it thru an Aphex Expressor. Settings: Threshold -4 dBm, Ratio 5, Attack 20 mSEC, Release .16 SEC, HFX Ratio .7, Freq. 6.4 kHz, (on a referance +4). Also using a curve on my Alesis EQ-230 with plus kicks [at] 80 Hz, little spike [at] 1K, +8 [at] 2K, and +8 [at] 8K (plus any filtering effects thru the Alesis). Utilizing a Mackie 1604 mixer where I may fine-tune my voice depending on my range for that day. (Ya know what I mean, Vern?) Final mix mastered on DAT and goosed thru my APHEX Aural Exciter Type C2 with a mild flavor so as not to create any de-essing problems. (A cold or the flu is bad enough.) ISDN hook-ups are “clean” with no processing. Most engineers down-line request it as such anyway. I use an RE-20 at the radio station for any production, and it never sounds as clean and punchy as my AKG. Knew a guy that processed himself over the phone too, so you never knew he had a really thin voice. I think he’s still in the biz, so I won’t mention his name. :-)

December 01, 1997 9367
by Jerry Vigil Have you noticed how inexpensive high-powered computers are these days? Have you noticed the incredibly low prices of disk drives and RAM? Sure you have. Have you checked out the amazing quality and abundance of...
Read More...
© 1988 - 2023 Radio And Production, LLC
Go to Top