Before You Write, You Have To Understand Who Buys

You have heard many times, “the customer is always right.” That has never been truer than it is today. 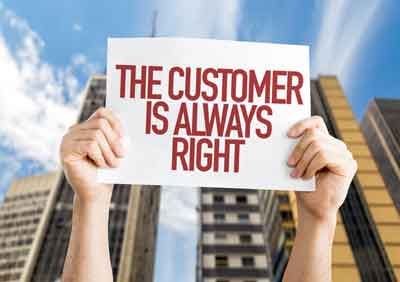 Back in the ‘50s, consumers were trapped into believing that whatever the advertiser said was true. This lasted until the mid ‘60s when a bunch of young people decided to toss out authority and question why things were the way they were. The problem for storeowners, retailers, car dealerships, and tons of other businesses was that these young people stopped buying things, and businesspeople had to rely on the older generation to purchase goods. Luckily, for them, the adults of the world had a good savings, and the economy was not in that bad of shape, despite Viet Nam, our countries distrust in our government, and the baby boom. The ‘70s were too busy about sex and drugs to think about products. In the ‘80s, we started buying everything we could get our hands on. (So the next time you gripe about why we have to have both the husband and the wife work to make ends meet, remember, the baby boomers made it possible.) Now that we are reaching the end of the ‘90s, things have changed again. I don’t wish this to be a history lesson, but you have to understand the past decades to understand the consumer.

The point is that consumers change with each passing decade, and here we are about to go into another. Our problem as copywriters, Production Directors, creative and sales, is that we have not caught up with the changing consumer. We are close to 20 years behind. We continue to fast-talk consumers into buying the product that our clients are attempting to sell.

I did a case study that lasted two months. I contacted 300 homes, chosen randomly out of the phone book, and asked them 7 questions. The results will help you understand what exactly consumers are wanting out of radio commercials.

Here are the results of my study:

2) Which type do you dislike?

89% didn’t like commercials that screamed at them and had too much information. (They had a hard time remembering the message.)
8% didn’t like funny commercials.
3% did not like kids in com-mercials.

3) Which commercials do you remember most?

5) How often does a radio commercial cause you to buy?

6) How often do newspaper ads cause you to buy?

7) How often do TV commercials cause you to buy?

The bottom line of this is to clearly focus on the consumer, not the advertiser.

Consumers are the most important gears in the advertising engine. They do not like to be yelled at, they like to have a conversation with the advertiser. We spend too much time bragging about the advertiser—how many years they have been in business, how many awards they have won, how many cars they have on the lot or how inexpensive they are. We must focus on the consumer. After all, isn’t the customer always right?

May 01, 1993 7627
by Larry Williams More and more stations these days are delving into the digital realm. There are stations all over buying everything from single digital workstations to total tapeless studios. It's not uncommon to see tapeless...
Read More...
© 1988 - 2023 Radio And Production, LLC
Go to Top