Every time I listen to The Cassette, at some point I find myself asking:  “Where do these guys get all these sounds?”  Well, Producer’s VU is about to expose at least one secret source as we delve into the production of a station imaging demo from Paul Turner Productions. 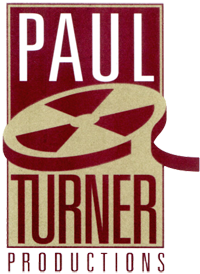 The main demo is about seven minutes long and ties together imaging for Rock, CHR, Country, and News/Talk/Sports.  This main demo is then broken down into shorter components of about one minute each that focus on a specific format.  The Rock portion of the demo is on The Cassette.  Give it a listen a few times while you follow along here to find out how Corey Dissin and Tom Trzesniowski produced it.

Demos are typically put together from existing material.  This piece does contain previously produced sweepers that Corey and Tom dropped into the production as a stereo track.  However, to help you figure out what you’re hearing, we’ll even take apart these sweepers.  So, it’ll be like two columns in one!

Paul is mic’d with a Neumann U87 fed into a DW Fern pre-amp.  This is fed into a Symetrix 528E for compression and some eq, then into a Yamaha SPX-1000 for reverb. Paul uses the preset “Reverb 3 Vocal.”

Corey and Tom produced this in Pro Tools 4.0.  The track set up is basic: tracks 1 and 2 are a stereo pair as are tracks 7 and 8.  These are used for music and effects.  Tracks 3 through 6 are paired, but contain mainly mono material.  Corey did place some stereo material on these tracks at one point and used the Pro Tools automation to snap the pans from center to hard left/right, then back to mono.

Now here’s the secret source for some of these sounds: much of the music comes from the industrial section of the cutout bin at their local CD shop.  Corey says, “We stick to the industrial section because it’s music that cuts through, it’s powerful, it’s fast”.  He adds that choosing it isn’t tough.  He just looks for interesting cover art.

For example, opening the demo is a quick whistle.  You’ll have to listen closely for it.  This came from a CD called “Industrial Strength.”  A sample from the theme to The Good, The Bad and The Ugly was used on one CD cut.  Corey and Tom reversed a snippet of this.

The female voice is Sarah Wynter.  Corey and Tom hired her through Don Buchwald and Associates for this job.  The distortion was accomplished the good old-fashioned way: they recorded her onto a reel, smashing the levels, then dumped that into Pro Tools.  They then recorded that back onto a reel, smashing the levels a second time.  This was transferred back to Pro Tools, copied to a second track, and then the two tracks were offset from each other a few milliseconds.

The AC/DC bed rolls into the open of It Takes Two from Raw Bass.  The next bed is from a CD from the group Pitch Shifter.  This particular CD is a bit unusual.  Tom says the last couple of tracks are samples for anyone’s use.

Corey and Tom wanted a fresh way to present their sweepers.  Corey says, “Rather than just take the head and tail of certain songs and edit the sweeper to it as if a board op was running it, we decided to step it up a notch and do something a little more creative.”  So interspersed in the Metallica cut is the opening of the sweeper that follows it.

In the demo, the sweeper is just a stereo track, but I asked Corey and Tom to take it apart as well.  The opening hit is from a group called Rammstein.  That segues into the drone and rap scratches from the band Prodigy.  The “C-C-C” in the WCCC sweeper is lifted from a TV theme songs disc.  The “shut up” drop is another sample from the Pitch Shifter CD.  This drop is bracketed by tape rewinds that Tom did with an analog reel machine.  Between “WCCC” and “Hartford” is a punctuator from the group Bile.  Paul’s v/o is run through a high pass filter. 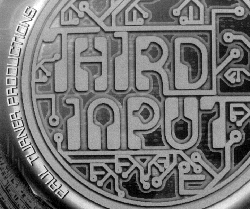 AC/DC’s “Back in Black” sets up the next sweeper.  Corey added scratches on the beat from the A/V Deli package Channel X.  Again, the open of the next sweeper is cut into the AC/DC bed.  The squeal is (back to the cutout bin) from the group Prong.  In the original sweeper, the word “Chattanooga” was delivered straight.  In the demo, Corey and Tom copied it to another track and offset it from the original.  “The idea,” Corey says, “was to make Paul rip out of the speakers.”

The burst of noise that follows came from a videotape of a live report where the reporter was using a wireless mic.  The mic kept cutting in and out.  They took these bursts of noise and edited them together very tightly.  The “rock on” drop is Lenny Kravitz speaking at the MTV video awards.

This slams into the next sweeper setup with a Van Halen bed.  The open of the sweeper is a piece from the group Sepultura from the Mortal Kombat soundtrack.  Paul’s voice is stuttered by inserting tiny segments of silence every few milliseconds.  It’s like they turned it into a picket fence.  This picket fence was then copied to an adjacent track and offset so that the “pickets” were staggered.  As a result, the stutter rapidly alternates left to right.  The “What’s your point?” drop-in is from Billy Madison.  The hit that closes the sweeper is another piece from Sepultura.

Moving into the next sweeper is an edit of Third Eye Blind’s Semi-Charmed Life.  Opening the sweeper is a cut from the group Atari Teen Age Riot.  The effects for slapping a Spice Girl, unfortunately, were not Foley’d but taken from the Sound Ideas Mix library.  The guitar chord at the close is from the Pitch Shifter CD.

Closing the demo is a copy of Sarah’s v/o and the accompanying effects from the open.

Next month, we take a tour inside the head of RAP columnist Jeffrey Hedquist to follow him through the production of a spot for Goodyear.

March 01, 2002 6875
by Steve Cunningham I like shareware software in general, and not because it’s inexpensive (although it usually is). No, I like it because it’s often the product of one or two manic programmers who, because they couldn’t find a...
Read More...
© 1988 - 2023 Radio And Production, LLC
Go to Top